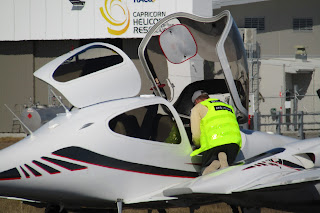 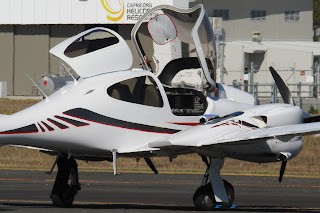 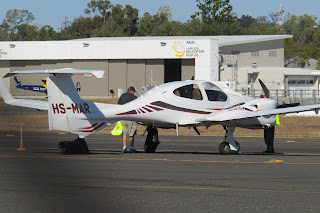 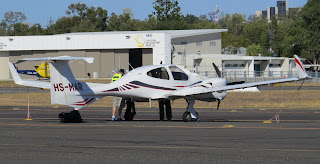 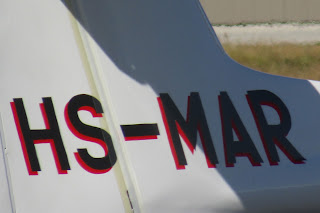 The smart little DA-42 looks to be on an 'around-Australia' flight with it initially arriving into the country via Broome in Western Australia last weekend.  It has since flown down the Western Australian coast before flying across to Bankstown during the latter part of last week via stops at Ceduna in South Australia and Mildura in Victoria.

At the time of writing, HS-MAR has been tied down and looked to spending at least the night parked at Rockhampton Airport.

UPDATE!  HS-MAR departed Rockhampton Airport for Cairns on Monday 17 September.  It has since continued to Darwin before heading overseas to Indonesia.