During Sunday 16 September, the six Australian Army Sikorsky S-70A-9 Blackhawk helicopters that ventured North to Townsville for an exercise during August, were spotted passing back South through Rockhampton and Bundaberg Airports while heading home from Townsville. 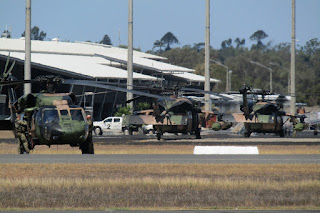 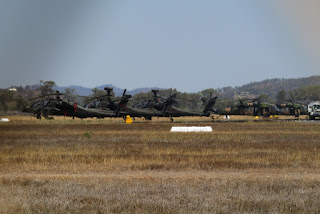 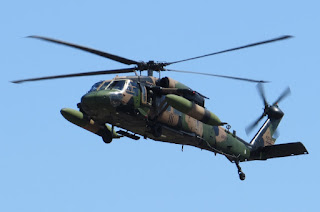 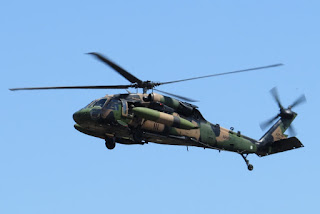 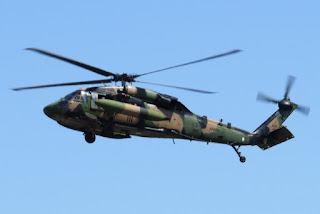 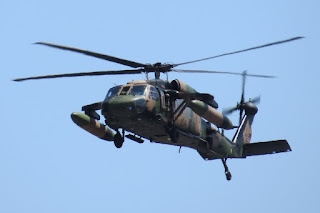 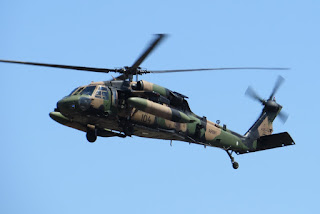 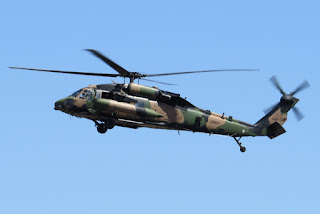 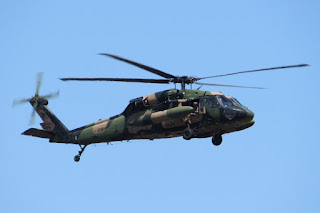 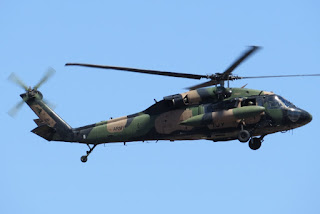 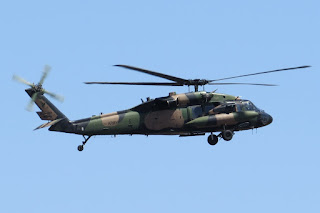 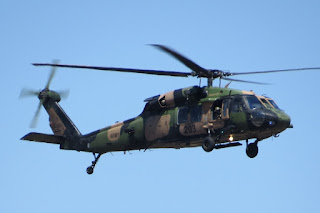 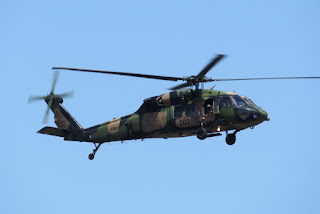 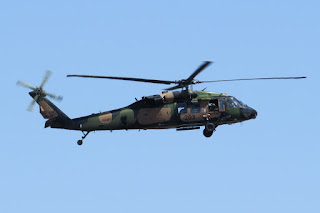 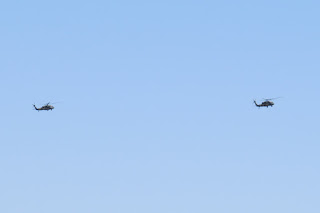 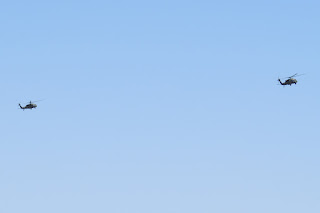 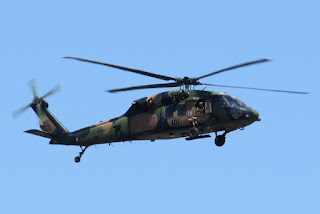 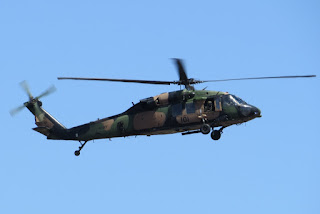 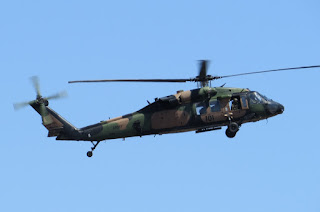 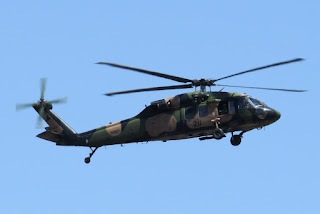 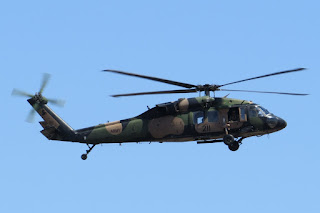 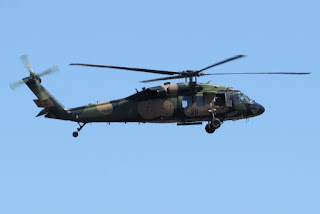 After taking on fuel, A25-111 departed South followed by A25-101, A25-211 and A25-203 which all departed together as "Phalanx" with these three then landing at Bundaberg Airport (as pictured) where they had another fuel stop.

A25-104 suffered a maintenance issue and remained parked at Rockhampton Airport and looked to be staying for the night.  While after trying to assist the stranded Blackhawk, A25-109 later departed direct to Oakey as "Kopis 109".

UPDATE!  On Tuesday 18 September, A25-104 was heard finally departing Rockhampton Airport also for Oakey as "Kopis 104".

Sincere thanks to the local plane spotters Trevor H and Kayanne H for taking the time to capture and send through these great photos!

Photos taken by Kayanne Hardsman, Trevor Hardsman and Dan B  ©
Posted by Damian F at 9:44 PM