Meanwhile Around on the General Aviation (GA) Apron at Rockhampton Airport - Citation Bizjet VH-DAA Plus Many Lighties!

Even though the heavy jet passenger charter flights have been the main attraction, local plane spotter Trevor H also ventured around to the General Aviation (GA) Apron at Rockhampton Airport on Sunday 23 September and shares with us some photos and information about some interesting visitors over the last few days. 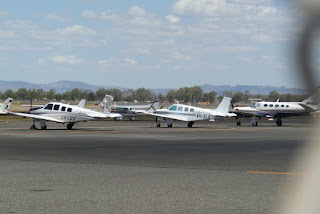 Late on Saturday 22 September, Vanguard Aviation Cessna 525 CitationJet1 bizjet VH-DAA was noted visiting Rocky.  It arrived from and later departed back to its Archerfield base.

On Friday 21 September, Henty Aviation Cessna 425 VH-BSM was noted arriving into Rockhampton Airport from its Archerfield base.  It remained parked over the weekend and is scheduled to return to Archerfield on Monday 24 September. 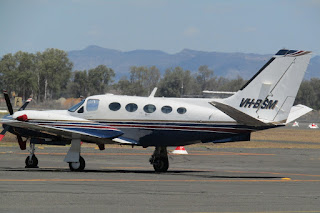 Also on Friday 21 September, Brisbane-based Hawker Beechcraft G36 Bonanza VH-LDU arrived into Rockhampton Airport but from Redcliffe via Agnes Water.  After also staying for the weekend, it too is scheduled to depart back to Agnes Water on Monday 24 September. 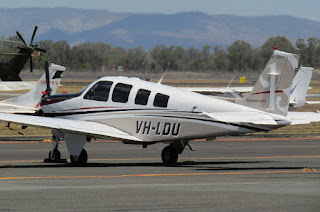 Three other visitors to come and go at Rockhampton Airport also on Friday 21 September included Brisbane-based Beech A36 Bonanza VH-KEY which visited from Archerfield, Piper PA-34-200T Seneca VH-HKQ arrived from its Proserpine base and Archerfield-based SOCATA TBM 700 N700BK popped in from Moura Airport and departed to Charters Towers Airport.

Meanwhile, Emerald-based Beech A36 Bonanza VH-ILG arrived into Rockhampton Airport also from Redcliffe but on Saturday 22 September.  It looks like it has also been completing return flights from Redcliffe to Bundaberg Airport and back over the couple of days prior. 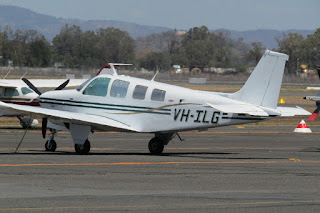 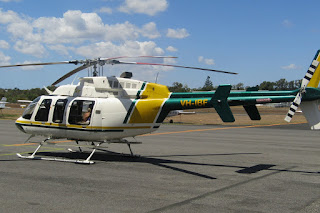 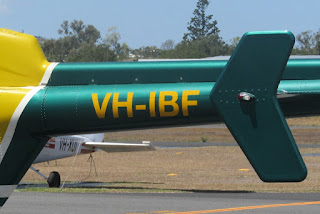 And finally over the last few days, R-Mach Aviation Cessna 337G VH-JOE has been operating out of both Rockhampton and Gladstone Airports.

Sincere thanks to Trevor H for taking the time to capture and send through these great photos and report.

All photos taken by Trevor Hardsman  ©
Posted by Damian F at 10:53 PM