An interesting arrival into Biloela / Thangool Airport early on Monday 24 September with recently delivered Corporate Air / Vee H Aviation SAAB 340B VH-VEF calling in on a scheduled service from and back to Brisbane. 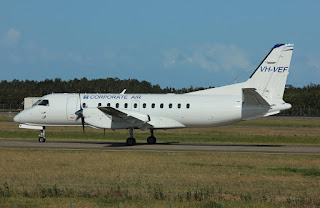 VH-VEF (CN: 340B-457) was registered and delivered to Corporate Air via Brisbane in August (as shown below) and was previously registered N457XJ.  It also has spent time operating in the United States of America (USA). 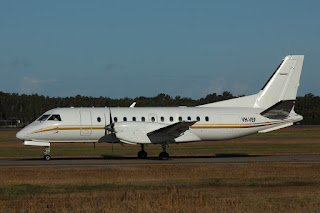 The registration marking is quite familiar with Corporate Air / Vee H Aviation operating another SAAB 340B wearing VH-VEF (CN: 340B-408) from July 2014 until April 2016 when it was then re-registered as A3-PUA and exported to Tonga.