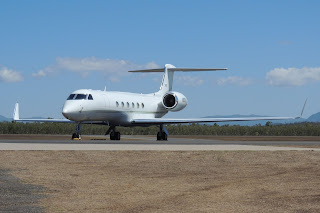 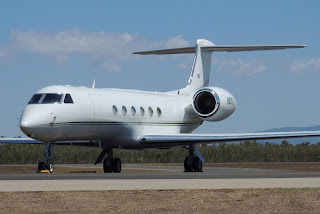 The sleek Gulfstream had flown up from the Sunshine Coast on Thursday 20 September and seemed to be parked at Prosie after being unable to park at Hamo.

After collecting some passengers, N808JG then departed to Sydney.

Sincere thanks to local plane spotter James K who ventured to Prosperine Airport to capture a couple photos of the Gulfstream!