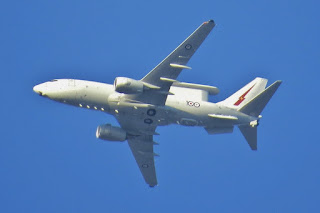 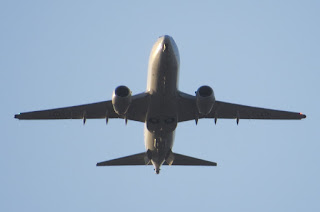 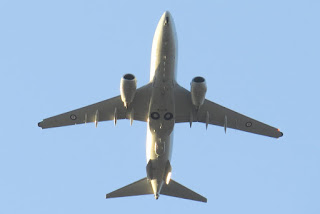 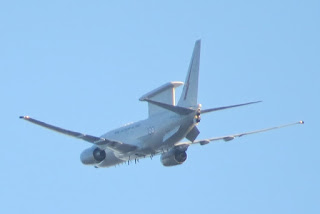 A30-001 appeared to fly up to Rocky from the South and after it completed its airwork the Wedgetail returned back to the South.

Of interest and as we've noted during its other visits to CQ in recent weeks, A30-001 also still wears a sticker on the rear part of its fuselage commemorating the 100th year of the Royal Air Force (RAF) - United Kingdom - with the Wedgetail recently participating in Royal International Tattoo which was held at RAF Fairford in the UK during the middle part of July and was a commemoration of RAF's centenary.

Finally, on Wednesday 12 September, RAAF Boeing P-8A Poseidon Maritime Surveillance Aircraft A47-005 "Blackcat 45", along with RAAF Beech B350 Super King Air A32-673 "Dingo 77" were both noted completing a series of circular orbits around Lindeman Island in the Whitsundays.

Sincere thanks Kayanne H who was at the right place at the right time to capture these photos of the Wedgetail!

All photos taken by Kayanne Hardsman  ©
Posted by Damian F at 8:16 PM