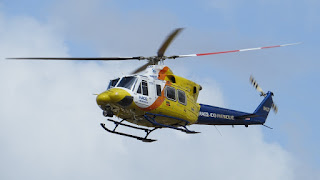 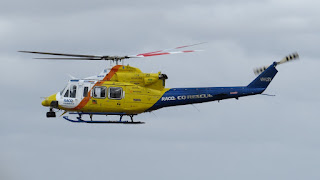 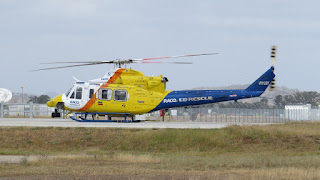 It appears that VH-LSY is heading from its Mackay Airport base to Coffs Harbour in New South Wales where it will undergo planned maintenance.

Meanwhile, while he was at Rockhampton Airport this week, local plane spotter Daniel B captured a couple of photos of the local Capricorn Helicopter Rescue Service (CHRS) (Babcock Mission Critical Services Australasia) Bell 412EP VH-EPR "Rescue 300" as it prepared to depart on a flight. 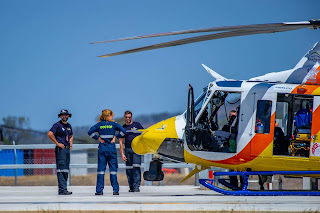 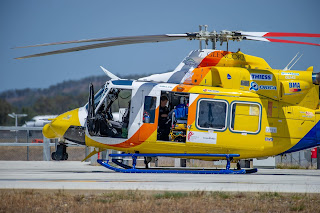 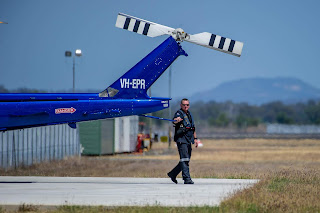 The visit of VH-LSY and Daniel's photos of VH-EPR are a nice reminder about how vital these helicopter rescue services are to the communities which they serve.

Here in Central Queensland, both the RACQ-Capricorn Helicopter Rescue Service (CHRS) and the Mackay-based RACQ-Central Queensland Rescue Helicopter Service (CQ Rescue) are valuable services that both serve vast areas of CQ. Donations are welcomed all year round. For more details on their Annual Appeal or on Rescue Chopper Day, please visit their websites: