After spending the last few months operating in Western Australia, on Tuesday 26 February, Alliance Airlines Fokker F-100 VH-FGB returned to Central Queensland and was spotted visiting Rockhampton Airport operating on behalf of Virgin Australia as UTY1243/4 from and back to Brisbane.  It had arrived back into Brisbane from Perth only just last week. 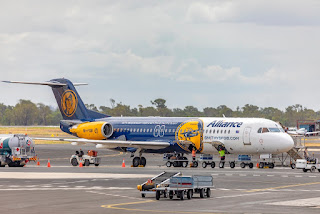 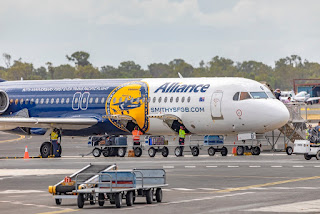 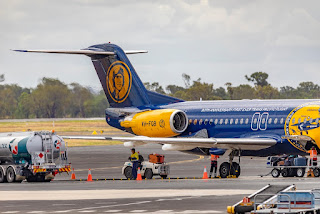 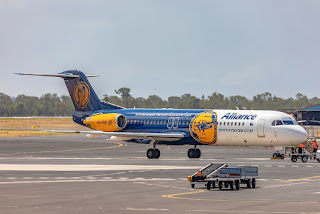 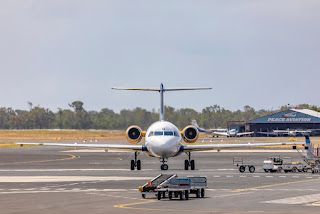 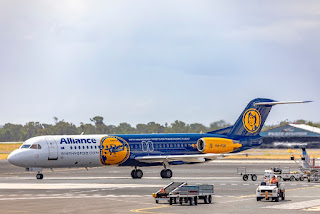 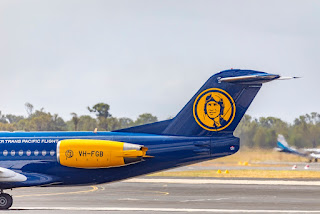 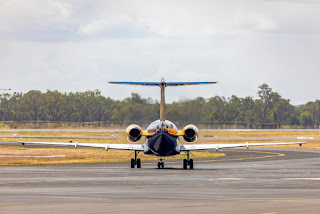 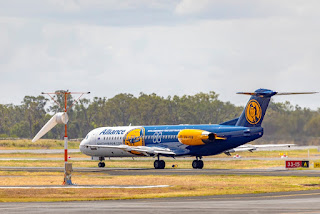 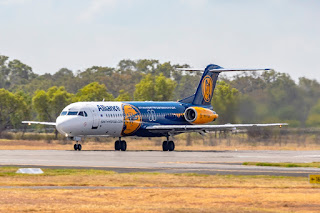 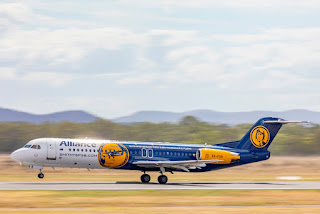 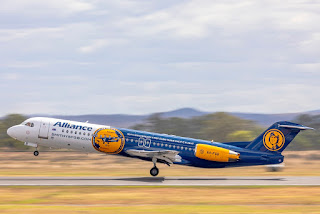 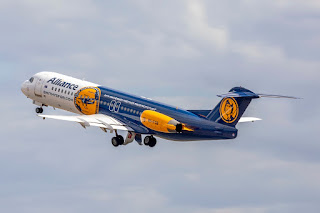 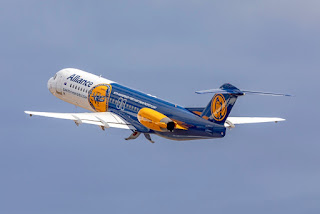 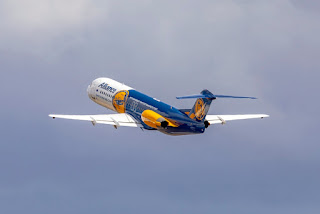 As we have posted previously, the Fokker is adorned in a very attractive livery celebrating the 90th anniversary of the first trans-Pacific crossing completed in 1928 by four aviators including Sir Charles Kingsford-Smith in his Fokker F.VIIb/3m Trimotor named "Southern Cross".

Sincere thanks to local photographer Russell P for taking the time to capture and send through these great photos of a great return visitor to CQ!

All photos taken by Russell Prothero  ©
Posted by Damian F at 7:49 PM