A couple of interesting visitors were spotted and noted calling into Mackay Airport on Thursday 7 February with reports suggesting they were ferrying various workers and personnel to Townsville to assist with the clean-up and relief efforts following the recent major flooding event.

After flying all the way from Brisbane to The Monument (Phosphate Hill) Airport late on the previous day, Hevilift Australia (Fixed Wing Division) ATR 42-320 VH-YWH flew all the way back from The Monument to Mackay Airport as HT407.  It then departed to Townsville also as HT407. 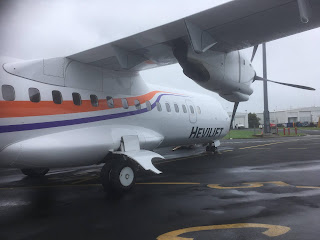 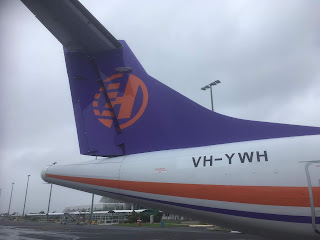 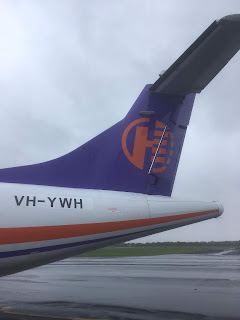 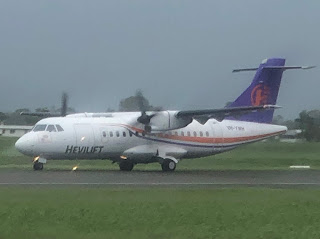 At the time of writing, VH-YWH is flying back to Brisbane as HT408.

Also arriving into Mackay Airport was Skytrans Airlines Dash-8-100 VH-QQI which flew in direct from Cairns as SKP9001.  It too departed to Townsville also as SKP9001. 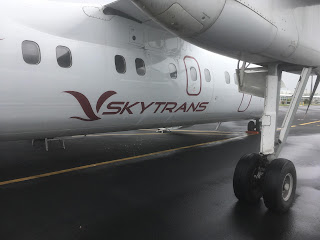 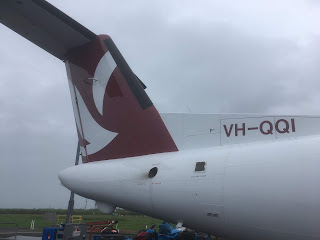 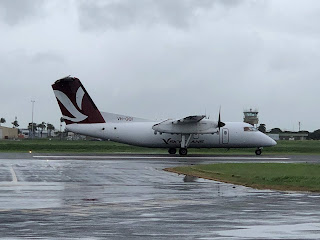 VH-QQI then returned to Cairns yet again as SKP9001.

Finally, at the time of writing, Hinterland Aviation Cessna 404 VH-TFO was also noted arriving into Mackay Airport also from its Cairns base but as HND400.  It too is later due to depart to Townsville also as HND400 before returning to Cairns.