On Wednesday 13 February, Australian Army NH Industries MRH-90 Multi-Role Helicopter A40-041 was spotted arriving into Rockhampton Airport.  It flew down from Townsville and was heard to be using the radio callsign of "Saxon 61". 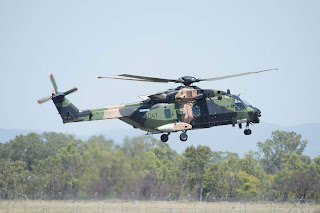 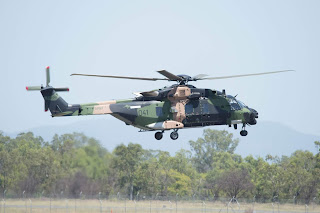 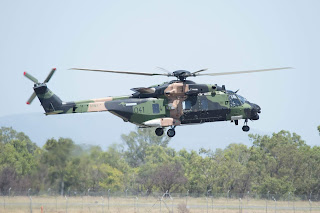 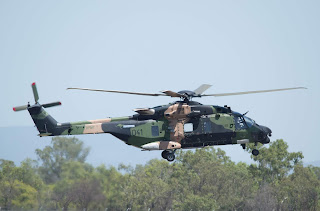 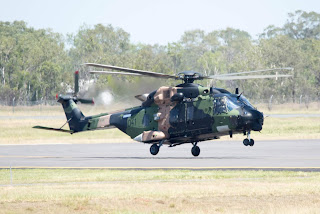 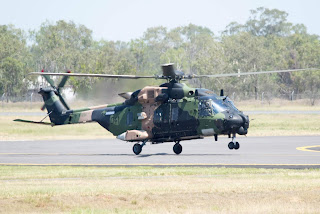 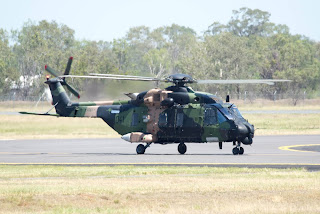 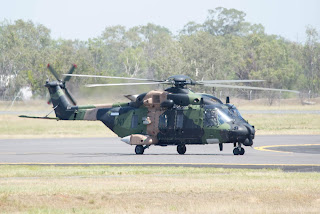 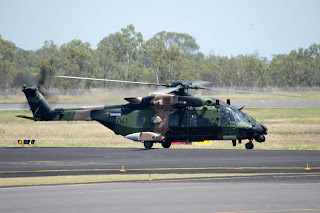 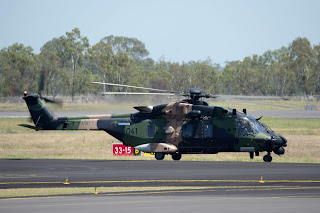 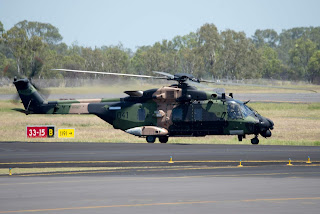 After some time on the ground, A40-041 departed Rocky for the Oakey Army Aviation Centre and was heard to have changed its radio callsign to "Saxon 81".

Meanwhile, over the last couple of days, a pair of other Australian Army MRH-90 helicopters have been noted completing airwork around Proserpine (Whitsunday Coast) on flights out of and back to Townsville.  On Tuesday 12 February, A40-036 as "Destrier 129", then on Wednesday 13 February, A40-011 as "Warhorse 240", were both noted completing this airwork.


Sincere thanks to local plane spotter Scott H for taking the time to capture and send through these great photos of the MRH-90 at Rockhampton Airport!