On Wednesday 27 February, Greensill Capital (Isle Of Man) Ltd Dassault Falcon 7X bizjet M-GGBL was photographed by local plane spotter Samuel F arriving into Bundaberg Airport.  It looked to arrive from Sydney after arriving into Australia from overseas earlier in the week. 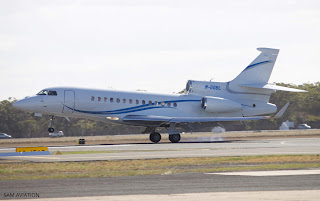 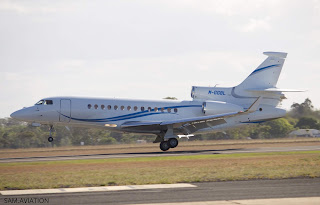 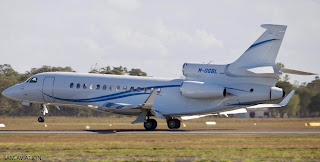 The sleek looking bizjet is reportedly staying for the night and most of the day at Bundy with (at the time of writing) departure scheduled for M-GGBL to Brisbane during the middle part of the afternoon on Thursday 28 February.

UPDATE!  It appears that as at late Thursday 28 February, M-GGBL has stayed at Bundaberg Airport.

Meanwhile, also spotted arriving into Bundaberg Airport also on Wednesday 27 February was fellow Isle of Man-registered but Australian-based Piaggio P-180 Avanti II M-ETAL which looked to arrive from its Coffs Harbour base via Brisbane. 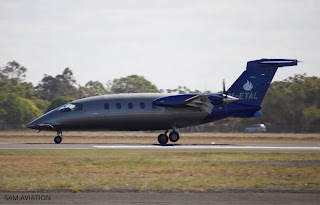 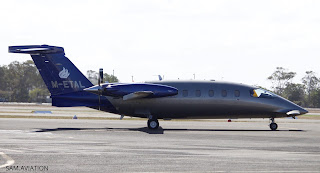 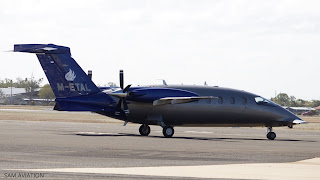 It too appears to be staying for at least the night.  M-ETAL was also noted visiting Bundaberg Airport late last week.

UPDATE!  M-ETAL departed to Brisbane before continuing to Sydney on Thursday 28 February.

Sincere thanks to the local plane spotter Samuel F for taking the time to capture and send through these great photos!

All photos taken by Samuel Felgate  ©
Posted by Damian F at 9:15 PM