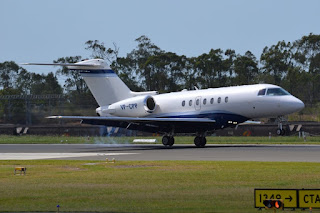 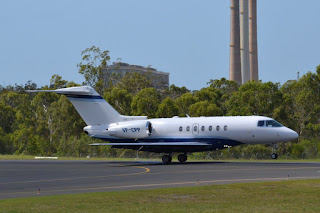 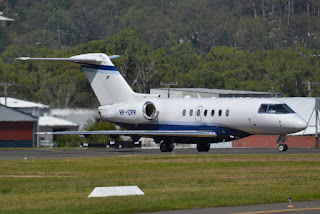 Sadly though, it appears that Clive Palmer himself may not have been on board. 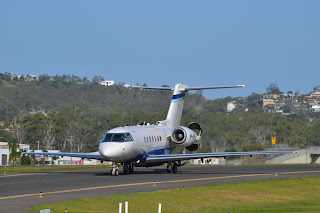 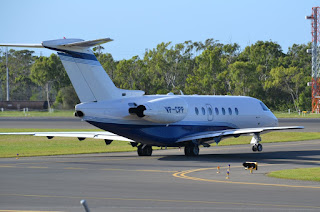 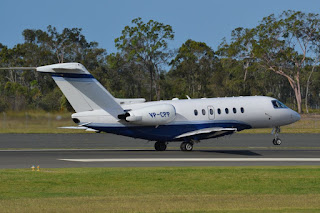 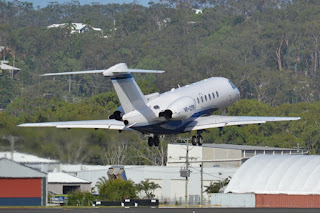 VP-CPP flew down to Gladstone Airport from Townsville (as shown above) before it then continued to Bundaberg Airport (as shown below).  It returned to Townsville from Bundy around sunset. 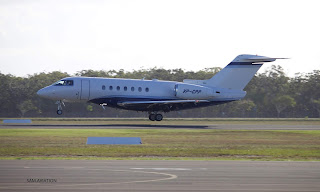 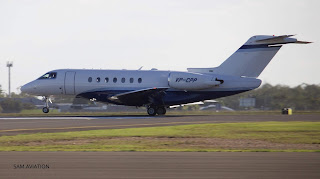 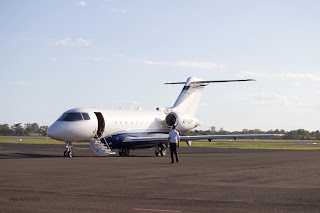 It appears that Clive Palmer took delivery VP-CPP in the middle of January after the sleek bizjet arrived on the Gold Coast (where it is currently based) from the United States of America (USA).

Previously, Clive Palmer utilised other corporate bizjets and a helicopter to fly around Australia and overseas - Cessna 680 Citation Sovereign VP-CFP and Bombardier BD-700-1A10 Global Express M-ATAR were more recently used - while previously he also flew around in a pair of McDonnell Douglas MD-82s registered VP-CBH and VP-CBI, plus Agusta A119 'Koala' helicopter VH-KOL which were all registered to 'Mineralogy' - the mining company owned by Clive Palmer.


Sincere thanks to the local plane spotters for taking the time to capture and send through these great photos!