On Wednesday 6 February, Pacific Aerospace (PAC) 750XL ZK-KEH was noted passing through Longreach Airport.  It arrived from the Gold Coast and later departed to Darwin where it is pictured below. 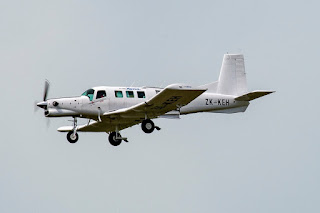 ZK-KEH had arrived at the Gold Coast from Hamilton (New Zealand) on Tuesday 5 February.

At the time of writing, ZK-KEH looks to be spending the night in the 'top end'.

Sincere thanks to local plane spotter Sid M for taking the time to capture and send through this great photo!