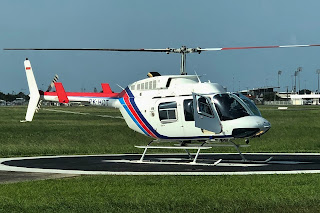 PK-HCT initially looked to call into Mackay Airport for the night from the North and was reportedly due to continue South to Redcliffe, probably via refuelling stops down the coast, on Saturday 16 February. 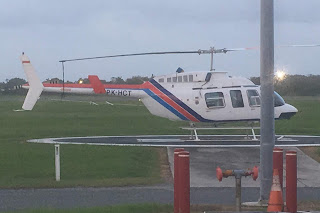 The chopper is (was?) one of several operated by helicopter aid organisation, Helimission, in Papua, Indonesia and is used on SOS and other humanitarian relief missions in the region.

Of interest, another Long Ranger that is (was?) operated by the organisation - PK-HME - was spotted passing through CQ also heading South to Redcliffe in August 2018 - see Blog post HERE.

To find out more about Helimission visit their website:  https://www.helimission-en.org/ 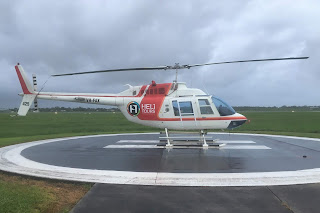 Thanks to the local plane spotters for taking the time to capture and send through this great photo of a couple of great little visitors to CQ!