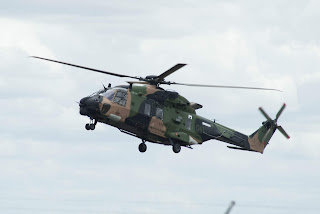 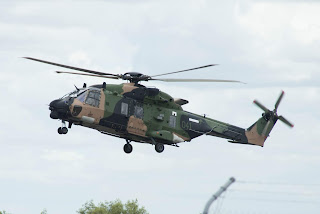 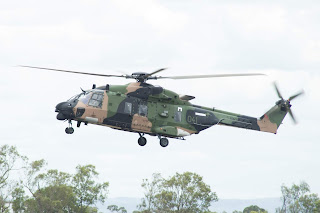 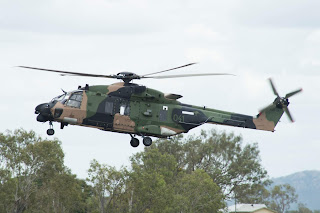 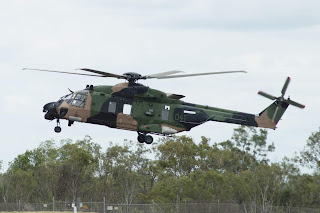 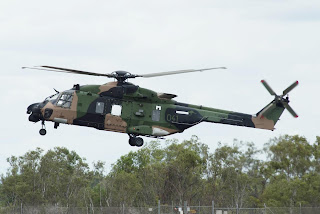 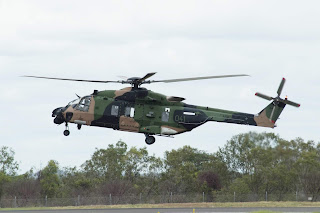 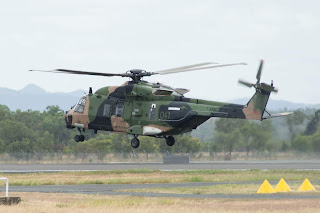 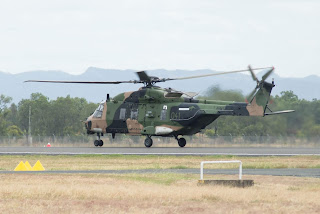 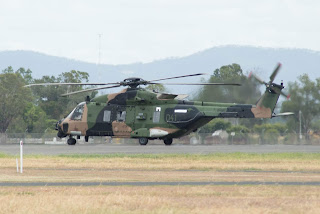 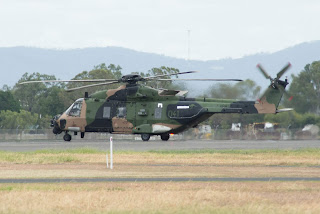 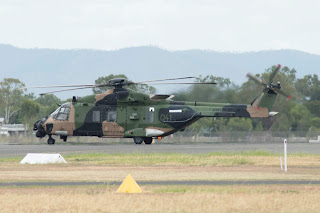 It flew up from the Oakey Army Aviation Centre and was heard to be using the radio callsign of "Saxon 64".

A40-041 had flown South from Townsville to Oakey via Rockhampton Airport on Wednesday 13 February as "Saxon 61/81" - see Blog post below.

All photos taken by Scott Harris  ©
Posted by Damian F at 6:37 PM