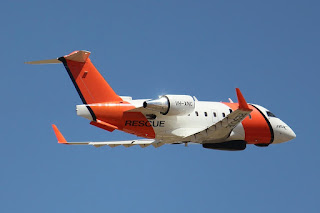 VH-XNC seems to be on a training flight and used its registration as its radio callsign and arrived from its Cairns base via some practice search work across the North of the state.  After landing at Longreach Airport and refuelling, VH-XNC then departed on a local flight including more practice search work around Barcaldine.  After another landing at Longreach Airport, VH-XNC is pictured (above) departing back to Cairns but it looked to receive a task and changed radio callsigns to "Rescue 440" before eventually landing back Cairns.

Sincere thanks to local plane spotter Greg W for taking the time to capture and send through this great photo!