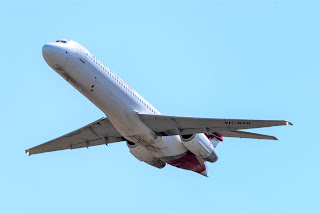 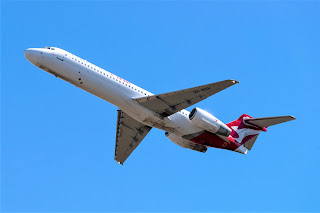 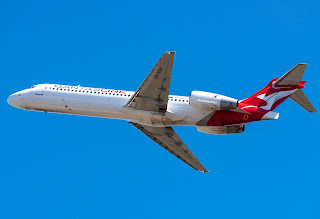 As widely reported - and on a daily basis by us(!) - during the evening last Monday 11 July, VH-NXH became bogged on some grass while taxiing in after landing at Rockhampton Airport as QJE1798 from Brisbane. 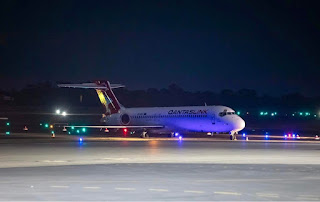 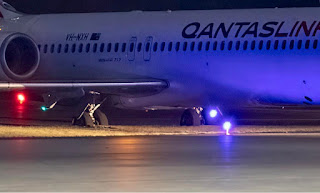 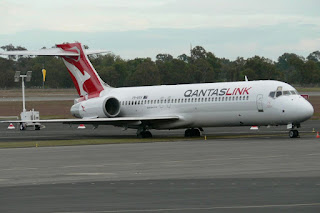 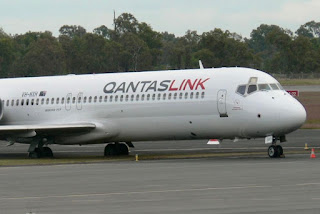 Over the course then of the week, various attempts were made to free the B717 from the mud.  And finally on Sunday 17 July, it was able to lifted and towed out of the mud, reportedly using airbags, along with an aircraft tug which was brought up from Brisbane. 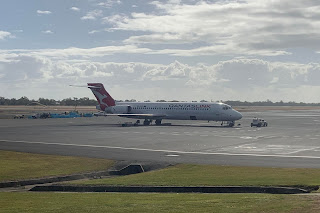 Sincere thanks to the local plane spotters and photographers for taking the time to capture and send through their great photos!
Photos taken by Scott Harris, Russell Prothero, Don Williams and Kayanne Hardsman  ©
Posted by Damian F at 8:39 PM