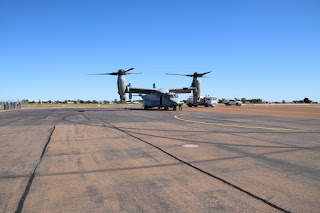 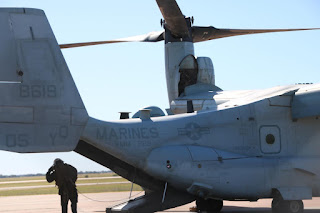 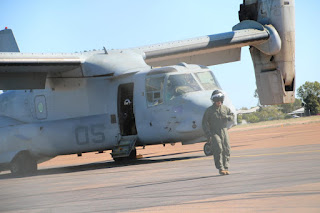 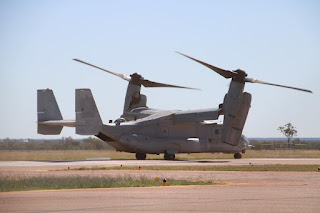 The Osprey was identified as 168619 / YQ-05 and is of the Marine Medium Tiltrotor Squadron 268 (VMM-268) (Reinforced) ‘Red Dragons’.  It was heard to be using the radio callsign of "Hellborn 11".  The Osprey was at Longreach Airport to refuel while flying from RAAF Base Amberley to RAAF Base Darwin (also via Mount Isa) after it appeared at the very successful Brisbane Airshow at the Watts Bridge Memorial Airfield over the weekend - as shown below.
The Osprey was actually one of four that had originally flown across from Darwin to Townsville via Mount Isa, with the original plan to have two on display at the Airshow.  Pictured at Townsville during their two-week deployment are 168619 / YQ-05, 168606 / YQ-02, 168304 / YQ-03 and 167907 / YQ-12 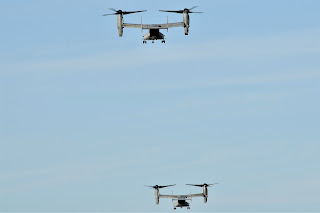 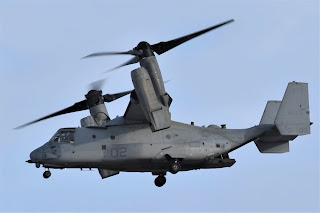 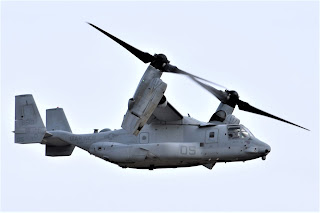 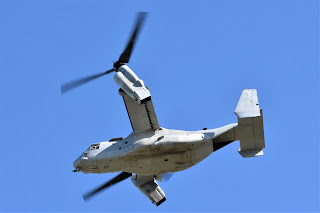 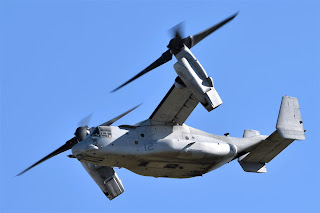 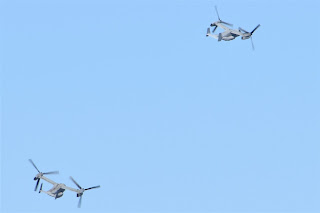 With the Airshow delayed by a week however, the other three flew back to Darwin during the previous week as they continue to complete exercises in the top end as a part of their deployment as part of the current Marine Rotational Force-Darwin (MRF-D) Aviation Combat Element (ACE).
Sincere thanks to the local plane spotters for allowing us to share these great photos!
Photos taken by Graham Aspinall and Allan Abbott  ©
Posted by Damian F at 6:19 PM