A Fantastic Friday of Plane Spotting at Rockhampton Airport!

It was a fantastic day of plane spotting at Rockhampton Airport on Friday 29 July, with many interesting aircraft and helicopters both spotted and noted coming and going.

Alliance Airlines Fokker F-100 VH-UQN visited Rockhampton Airport for the day, operating a closed charter flight in support of a local golf tournament.  It arrived from and then departed back to Brisbane as UTY6456/7. 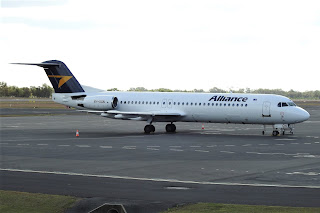 McDermott Aviation Group / Machjet International Hawker Beechcraft B200 King Air VH-ZSY arrived into Rockhampton Airport from Bundaberg Airport.  It later departed to Lynora Downs, a large cotton and grain farm near Rolleston.  From there, it appears to have called into Archerfield before continuing to the Sunshine Coast.
VH-ZSY appears to have arrived into Hervey Bay (Fraser Coast) and Bundaberg Airports from the Sunny Coast the previous day.
Townsville Airlines (Flightech Air Logistics) Beech B200 King Air VH-WZN looked to once complete the Queensland Police Service flights into the region, this time departing Cairns for Townsville, Mackay and then Rockhampton Airports.  It then flew down to Brisbane but later returned North to Rockhampton Airport before continuing directly to Cairns. 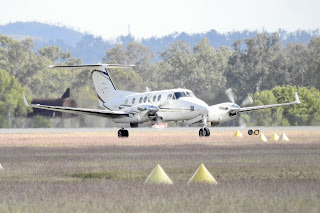 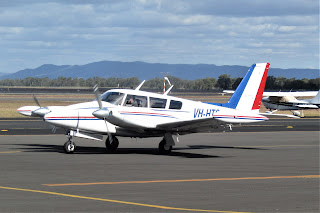 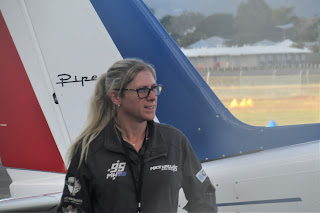 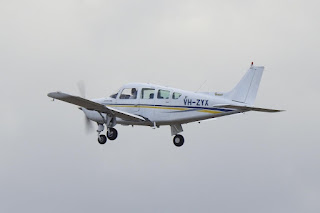 While some nice helicopters to be spotted visiting Rockhampton Airport included South-East Helicopters / Trecked Pty Ltd (New South Wales) Kawasaki BK117 B-2 VH-FHD which appeared to be ferrying back to Bankstown after spending the last month or so operating in Papua New Guinea (PNG).  It arrived from Cairns via Townsville and Mackay Airports before departing to Bundaberg and Caloundra Airports. 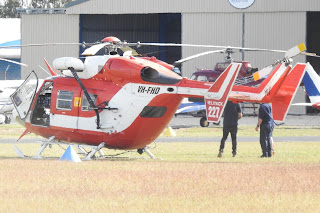 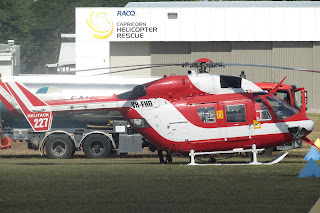 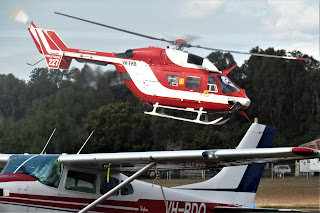 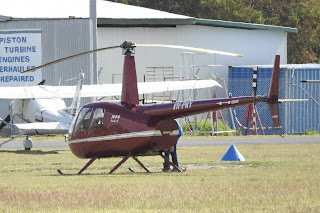 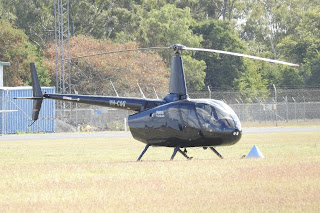 But perhaps the most interesting helicopter spotted at Rockhampton Airport was recently re-registered Helicorp Leonardo S.P.A. Helicopters (Agusta) AW139 helicopter VH-XIU.  It looked to fly in from Bankstown via Armidale and Oakey and then depart to Townsville. 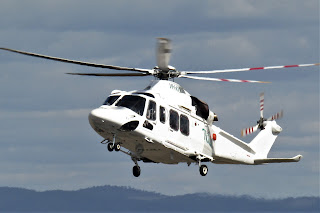 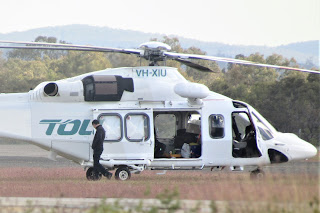 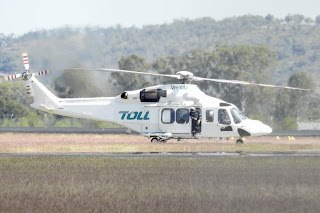 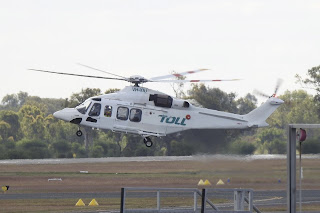 UPDATE!  On Saturday 30 July, VH-XIU continued from Townsville to the Australian Army's Robertson Barracks in Darwin where it appears to have since commenced operations as "Rescue 902".
Of interest, VH-XIU was originally acquired by LifeFlight but appears to ferry from their Archerfield base to Bankstown via Tamworth around a week ago.
And it's also worth mentioning that Heli-Aust Whitsundays (Gladstone Helicopters) Airbus Helicopters EC135 P3 (CPDS) VH-ZGH completed a missed approach at Rockhampton Airport while on a flight out of and back to its Gladstone Airport base.
Finally, Air Charter Services / Flight Options (Australia) Embraer EMB-505 Phenom 300 bizjet VH-VKX was photographed visiting Rockhampton Airport from Brisbane. 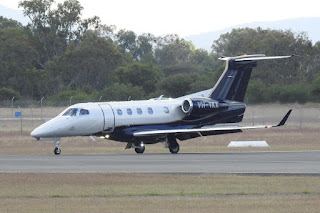 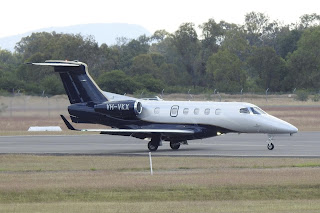 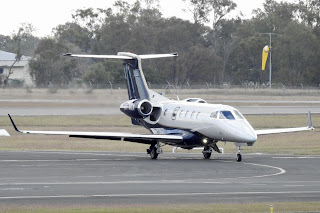 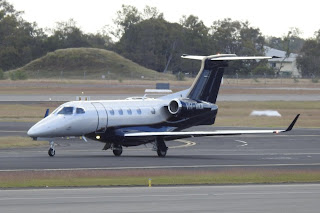 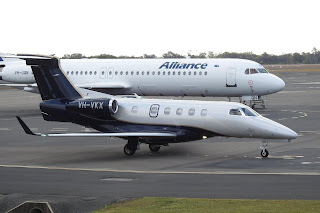 Sincere thanks to local plane spotters John L and Trevor H for taking the time to capture and send through these great photos!
Photos taken by John Lee and Trevor Hardsman  ©
Posted by Damian F at 6:04 PM