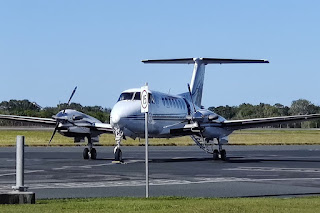 It looked to be flying as "Torch 32" and arrived from and later departed back to Cairns.
A32-021 "Torch 32" looked to arrive into Far North Queensland during the middle of last week, flying up from RAAF Base East Sale to Cairns via Longreach Airport on Wednesday 6 July.  Since then, it has completed sorties out of and back to Cairns.
Photo taken by 'JM'  ©
Posted by Damian F at 9:52 PM