Yet more photos from the Old Station Fly-in and Heritage Show from Saturday 26 May.  This time, they are from Ben O.  He writes that there are his favourites! 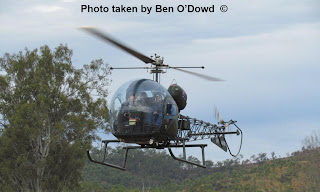 I think Ben really enjoyed the interesting and varied helicopters that flew in - especially the large choppers from McDermott Aviation - who flew in three choppers including Aerospatiale 365N4 (Eurocopter EC155B) N155LJ and Aerospatiale 365N2 Dauphin 2 N365JL. 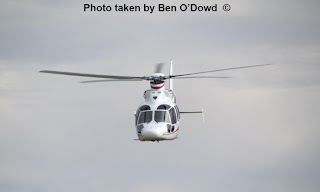 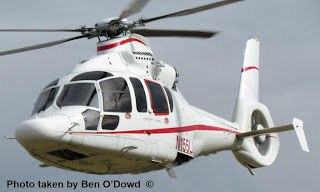 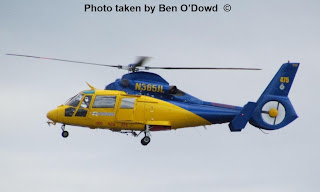 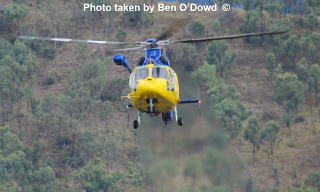 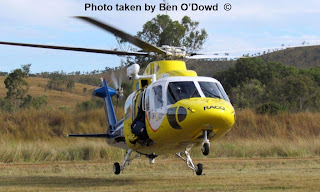 And of course MIG-15 VH-DIE which put on spectacular show before landing at the "Old Station" farm for the last time ever. 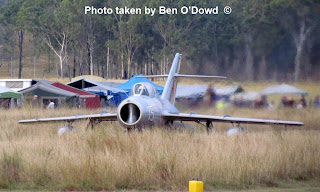 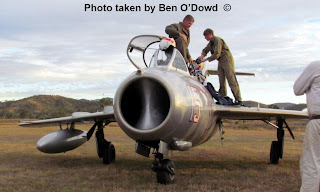 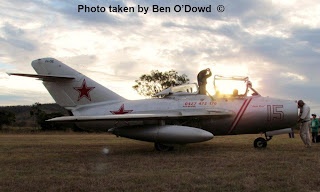 Thanks mate! Great photos!
Posted by Damian F at 3:01 PM