It was turning out to be a quiet day at Rockhampton Airport on Tuesday 29 May, with not many interesting aircraft visiting, and the usual scheduled regular passenger transport (RPT) services operating. But that changed when a lovely pair of Royal Australian Air Force (RAAF) aircraft popped into the Airport.

Firstly, Boeing 737-7ES Wedgetail A30-001 conducted a missed approach at Rochampton Airport's Runway 15.  Ben O managed to catch the Wedgetail as it climbed out of the Airport as "Wedgetail 04". 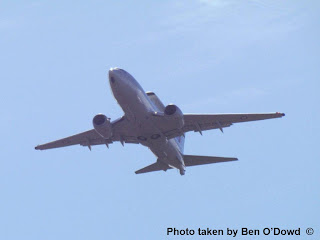 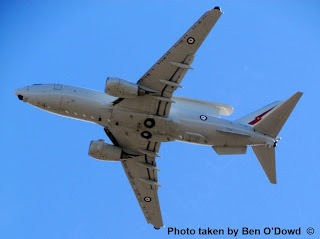 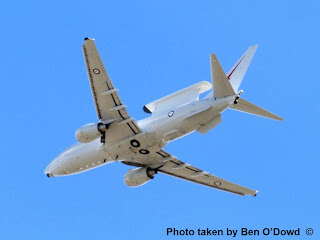 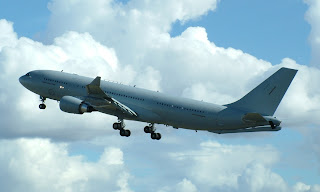 It then returned to Rockhampton Airport and made a spectacular landing in front of some very lucky Rockhampton spotters. 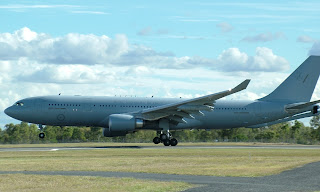 After a quick turnaround on the ground at the Airport, the MRTT departed off Runway 15 to the South as "Dragon 11". 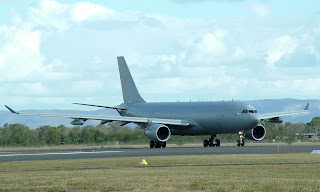 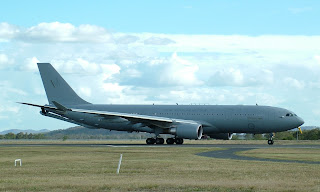 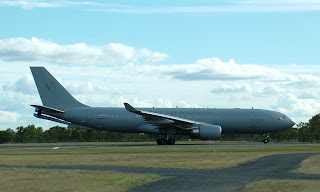