During Shane T's visit to Gladstone Airport General Aviation hangars last week, he was fortunate enough to bump into a couple of local aviators that are involved in the recently reformed Gladstone Aero Club.

The Gladstone Aero Club reformed in late 2011 to represent General and Recreational Aviation and associated stakeholders in the Gladstone Region.  Currently, members of the Aero Club gather socially in one of the private (non-commercial) hangars at Gladstone Airport on Sunday mornings around 9am (if the weather is ok for flying). 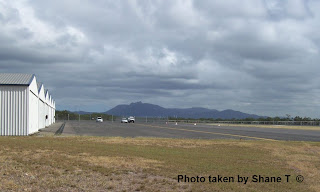 As we posted on the CQ Plane Spotting Blog over the weekend (HERE), the non-commercial hangars are located in the South-West corner of the airfield, via the service road leading to the West (left) of the fuel bowser.

The Aero Club's long-term goal is to promote aviation in the Gladstone Region, as well as to encourage and ultimately provide flight training at all levels.  They also hope to provide a social outlet for pilots and aviation enthusiasts.  However, the Aero Club's main goal at the moment is to secure land to build a suitable Clubhouse to use as a classroom to encourage a flight training school to start at Gladstone Airport. 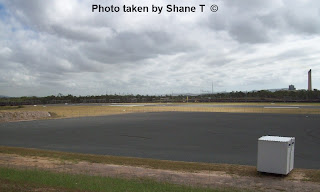 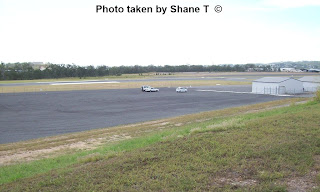 The Gladstone Aero Club's website can be found HERE.
Posted by Damian F at 8:00 PM