A few interesting aircraft were spotted at Rockhampton Airport on Tuesday 8 May.

In what was a busy morning, there were three commercial departures, with Virgin Australia Boeing B737-800 VH-YIB departing to Brisbane shortly before QantasLink (Cobham Aviation) Boeing B717-200 VH-NXN. 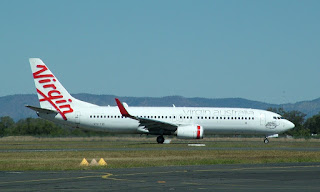 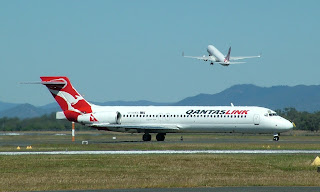 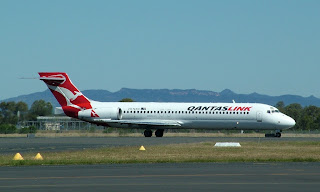 Lastly, Virgin Australia B737-800 VH-VOV - which is still in the old Virgin Blue colours - also departed to Brisbane. 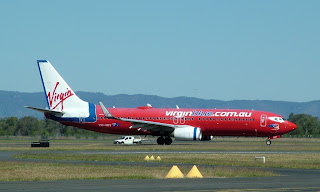 On the General Aviation apron, local spotters report that parking has become hard to find as the number of light aircraft visitors increases due to the Beef Australia 2012 Expo that is currently being held in Rockhampton.  On Tuesday 8 May, several interesting visitors were noted. 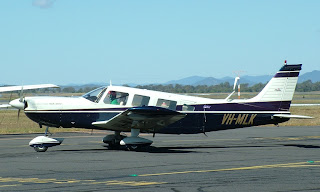 Very smart looking SOCATA TBM 700 VH-CZM arrived and parked on the apron.  VH-CZM is based at Cloncurry. 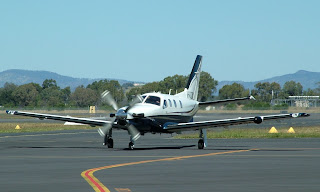 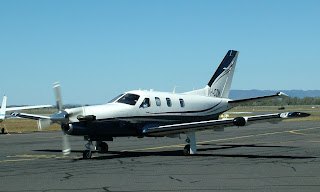 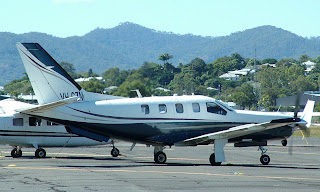 Townsville-based Beech A36 VH-TDE also arrived.  Funnily enough, you may note in the second photo that the pilot brings his own bicycle with the plane to travel around once outside of the airport! 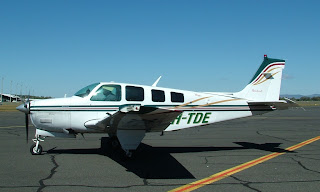 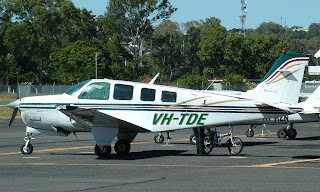 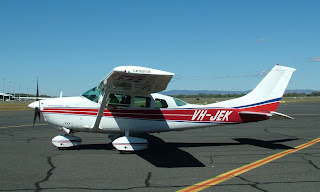