Rockhampton Airport Spotting Over The Weekend

It's been a busy few days at Rockhampton Airport this week with several interesting light aircraft and helicopters noted passing through, as well as the usual commercial traffic. Our spotters on the ground have even been lucky enough to capture a few of these and are shown below.

Firstly on the commercial front, QantasLink Dash-8-Q400 VH-QOJ and Alliance Airlines Fokker F-100 VH-XWR are pictured on the Rockhampton Airport apron on Thursday 3 May. Earlier in the week on Tuesday 1 May, Alliance Fokker F-70 VH-QQX operated a service to Rockhampton for QantasLink. 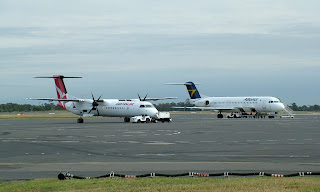 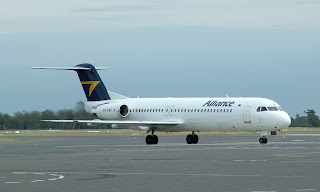 Incidentally, QantasLink announced they will be utilising the Alliance F-100s on services from Brisbane to Emerald in a similar arrangement to that seen at Rockhampton.

Later in the week, on Sunday 6 May, spotters noted QantasLink Dash-8-Q400 Next Gen VH-LQB parked for most of the day on Bay 1 in front of the Tower.  It had apparently broken down. 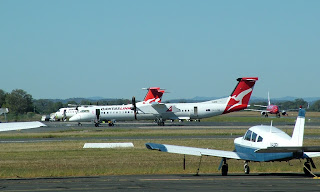 Virgin Australia operated B737-800 VH-VOV on one of its morning services from Brisbane. 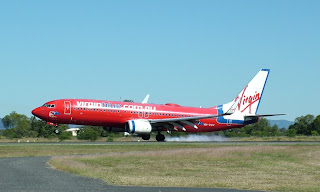 In the afternoon, Virgin operated B737-700 VH-VBY into Rockhampton from Brisbane.  Ben O caught VH-VBY "Kingston Beach" parked in the late afternoon sun. 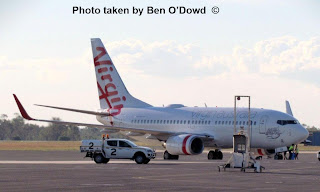 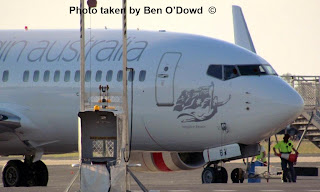 Around on the General Aviation side of Rockhampton Airport, several interesting visitors have been noted - most were probably in town for the big Beef 2012 Expo that is to be held at Rockhampton next week.

On Wednesday 2 May Cessna 500 Citation I VH-SOU visited briefly from Bankstown, while smart-looking Brisbane-based Pilatus PC-12/47E VH-AAD arrived early on Sunday 6 May from Brisbane. 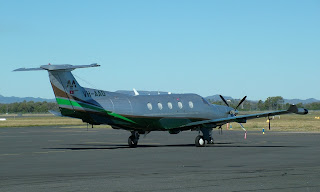 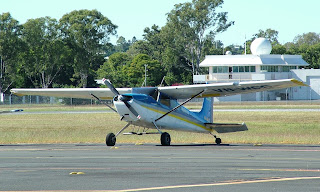 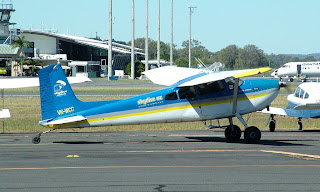 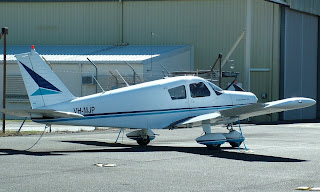 McPhee Medical Cessna 182 VH-TTP is normally based in Emerald. 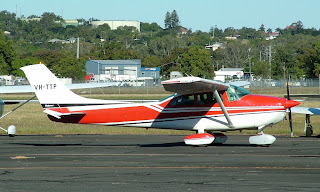 One other Cessna 182 VH-DWN was noted visiting from Capella. 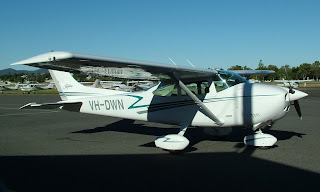 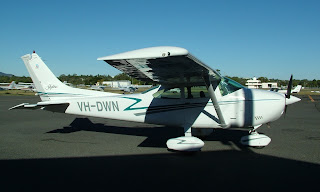 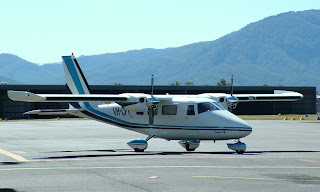 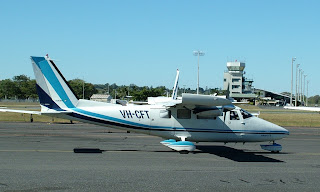 There have also been some interesting helicopter movements with Careflight Bell 412 choppers VH-XCF and VH-XCO both noted passing through Rockhampton Airport while seemingly on a medivac standby mission in support of an Australian Defence Force (ADF) Exercise in the Shoalwater Bay Training Area (SWBTA).

Also noted parked at Rockhampton Airport is this bright and colourful Bell 206 VH-JAQ which is based in Theodore. 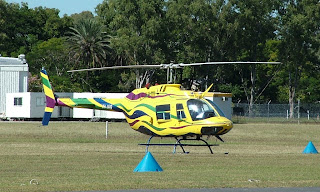 Thanks to our Rocky spotters!