Meanwhile, What a Fantastic Saturday at Rockhampton Airport!

For those spotters who decided not to go to the Old Station fly-in, they were rewarded with some spectacular action at Rockhampton Airport on Saturday 26 May. 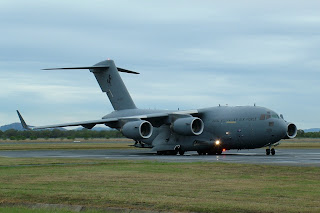 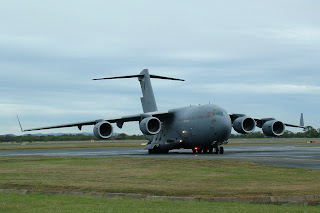 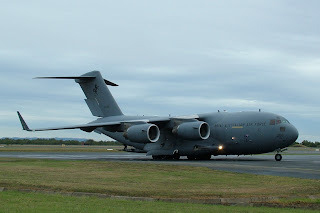 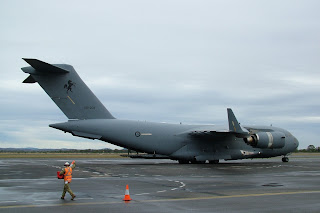 This meant that there were two of the massive transport aircraft on the ground at Rockhampton Airport at the same time, as A41-209 was still parked on the military hardstand - as shown below. 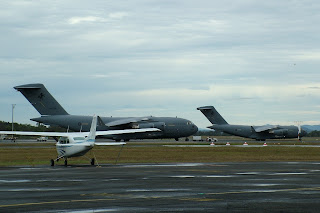 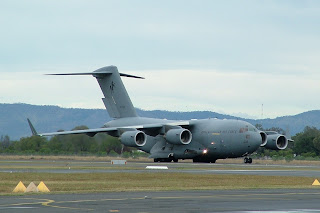 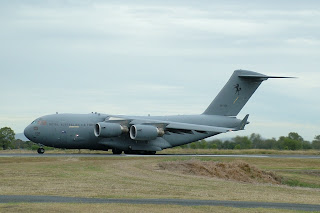 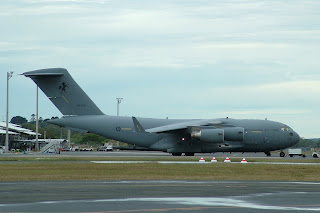 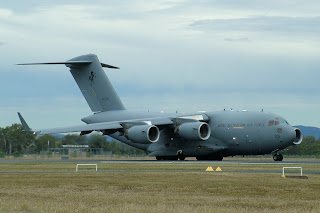 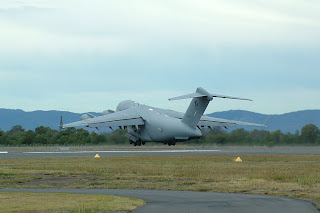 Also arriving into Rockhampton Airport on Saturday 26 May was RAAF Lockheed C-130H Hercules A97-004.  The Hercules also arrived from Amberley, but as "Trojan 70".  It also later departed. 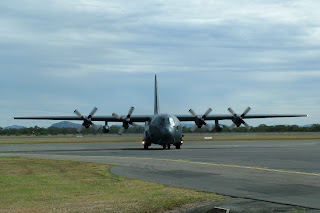 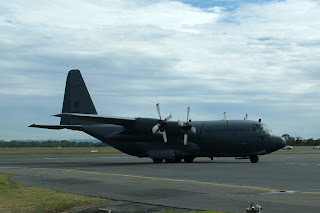 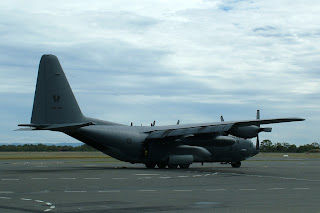 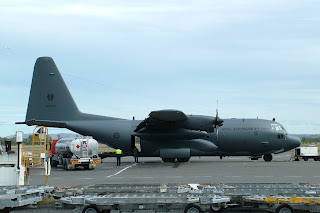 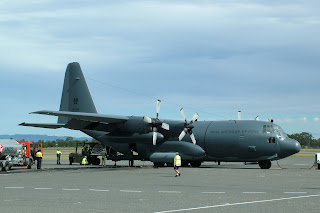 One other notable movement was the visit of Qantas Airways Boeing B737-800 VH-VXF.  It arrived from Brisbane as QF6102, and later departed to Darwin as QF1350. 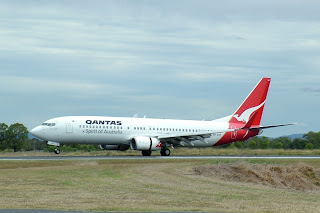 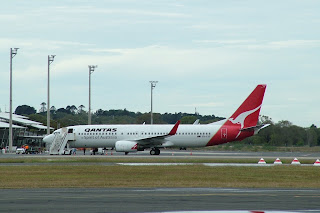 Thanks guys - especially for braving the weather!
Posted by Damian F at 6:00 AM