Touching down at Rockhampton Airport just after midday on Friday 11 May was this Royal Australian Air Force (RAAF) Lockheed C-130J-30 Hercules transport aircraft. 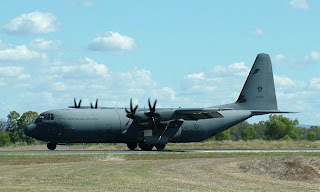 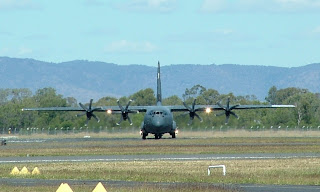 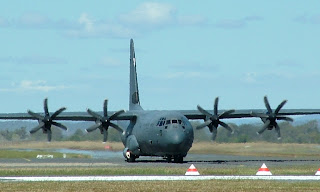 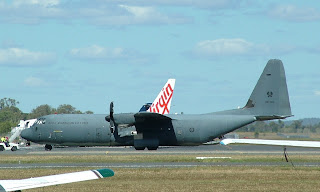 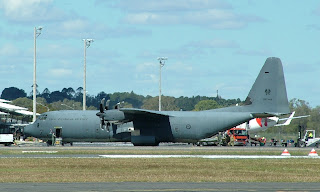 The Herc later departed at "Trojan 56" to Richmond Air Force Base near Sydney. 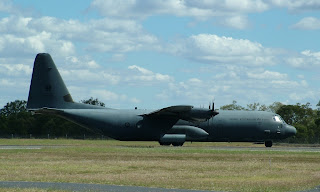 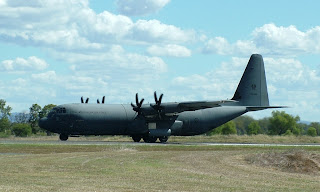 A great catch and no doubt in support of the Australian Defence Forces (ADF) Exercise that is currently underway in the Shoalwater Bay Military Training Area (SWBTA).
Posted by Damian F at 8:17 PM