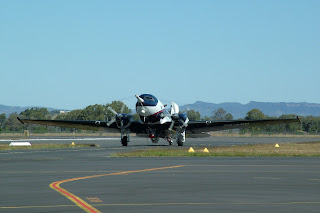 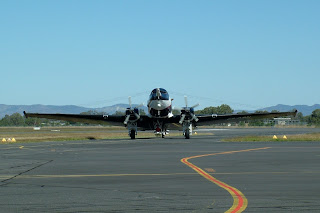 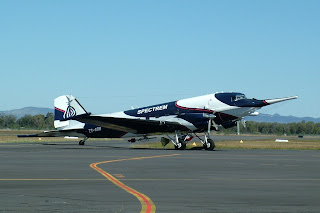 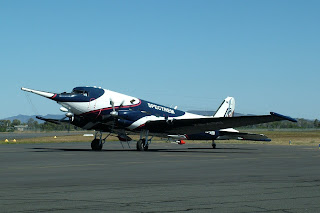 This extraordinary aircraft is owned by Anglo Operations and is used for mineral surveys word-wide. It is still going strong after some 60 years. 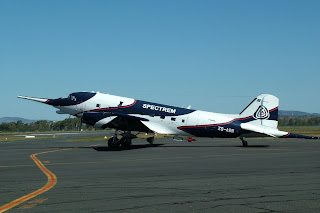 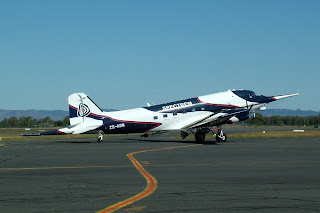 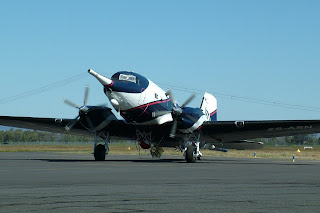 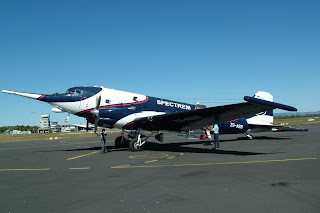 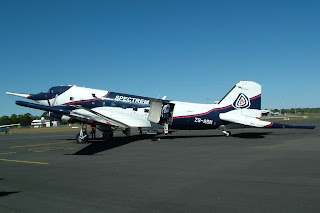 ZS-ASN was fitted with magnetometer tail and wingtip housings at Toronto in 1982. It was converted to a Basler Turbo 67 in late 1992 and has Pratt &Whitney PT6A-67R engines. This was Basler's 11th conversion. The fuselage is stretched 40" ahead of the center-section. 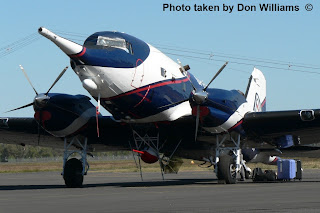 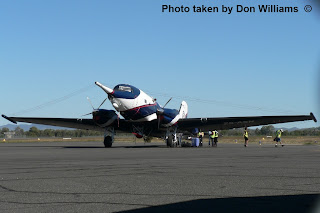 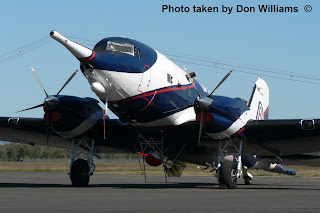 ZS-ASN is expected to be around Rockhampton for a few days.
Posted by Damian F at 10:22 PM