Some lovely images to be had during the late afternoon and evening at Emerald Airport on Monday 21 May.  Oh and there were some lovely aeroplanes too! 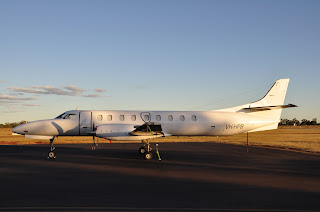 The all-white freighter has been converted from a passenger carrying aircraft, and joins the Toll fleet after operating for Aeropelican Air Services, and before that, Horizon Airlines, cheifly in New South Wales.

The action at Emerald Airport certainly heated up as the sun went down - first to arrive was Alliance Airlines Fokker F-100 VH-FKF, which operated UTY4580/4581 Brisbane-Emerald-Brisbane. 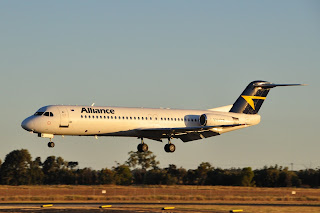 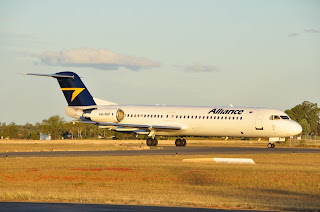 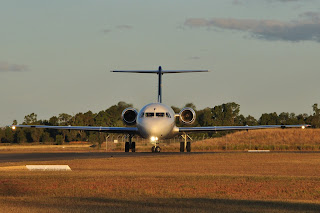 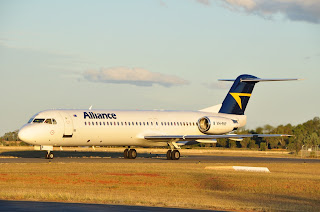 Four Advance Aviation Piper PA-31 Navajos arrived in quick succession from Dysart.  Most of the aircraft - like VH-XLB shown below - flew in after operating fly-in fly-out (FIFO) services into Dysart from Hervey Bay and Bundaberg 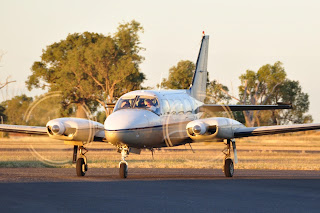 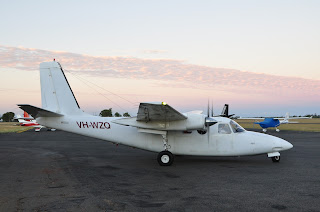 Also arriving was another Navajo in the form of Piper PA-31 VH-ATP.  The aircraft is registered in Victoria, but was travelling North. 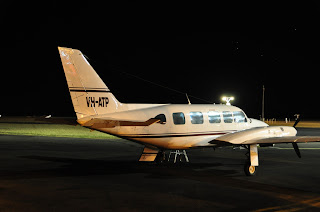 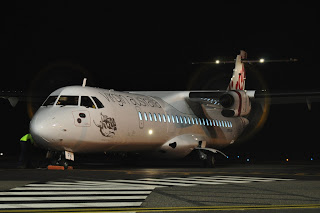 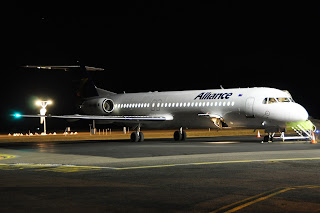