Local plane spotter 'IAD' ventured to Rockhampton Airport during his lunch break on Thursday 9 January and was quite surprised to find a pair of Toll Aviation / Toll Express Metro freighters parked on the Southern end of the Airport parking apron. 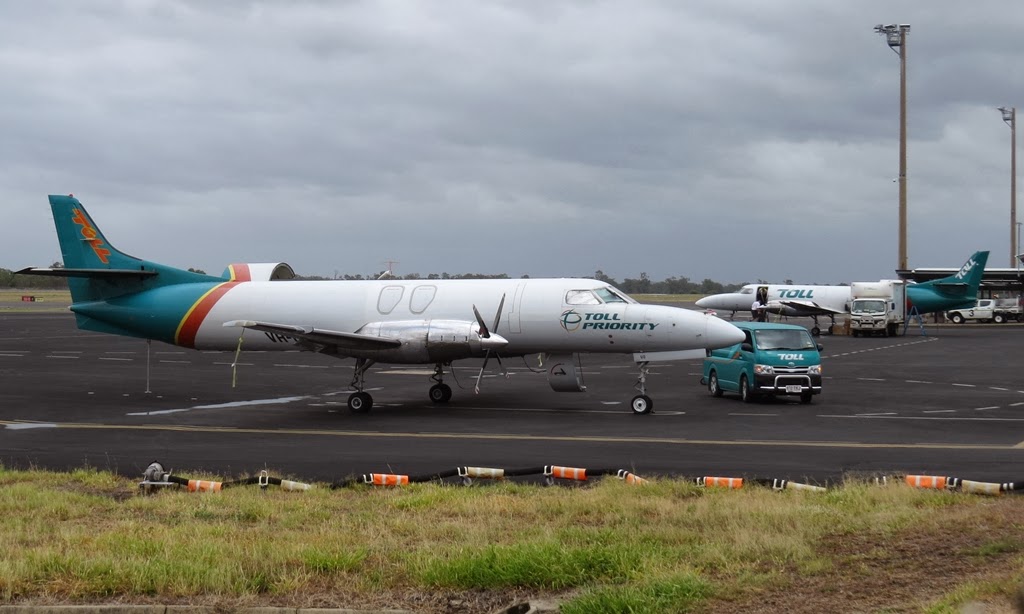 Metro III VH-UUO departed Brisbane for Rockhampton as TFX132 in the early hours of the morning and didn't go any further.  It was due to travel all the way out to Mount Isa via Mackay, Townsville and Hughenden. 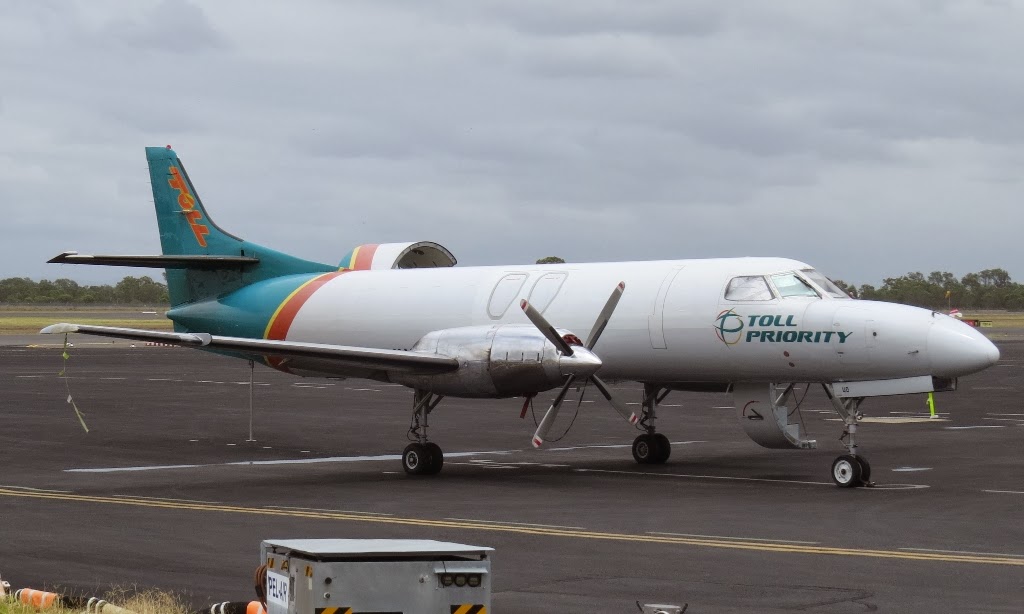 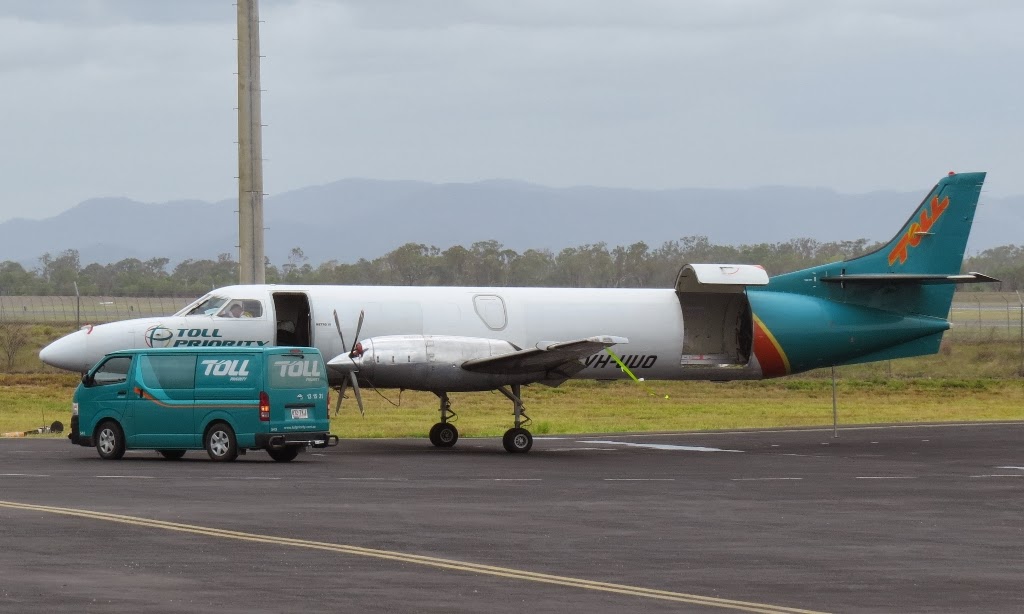 Metro III VH-UZP was operating the TFX162 freight run from Brisbane to Mackay via Rockhampton. 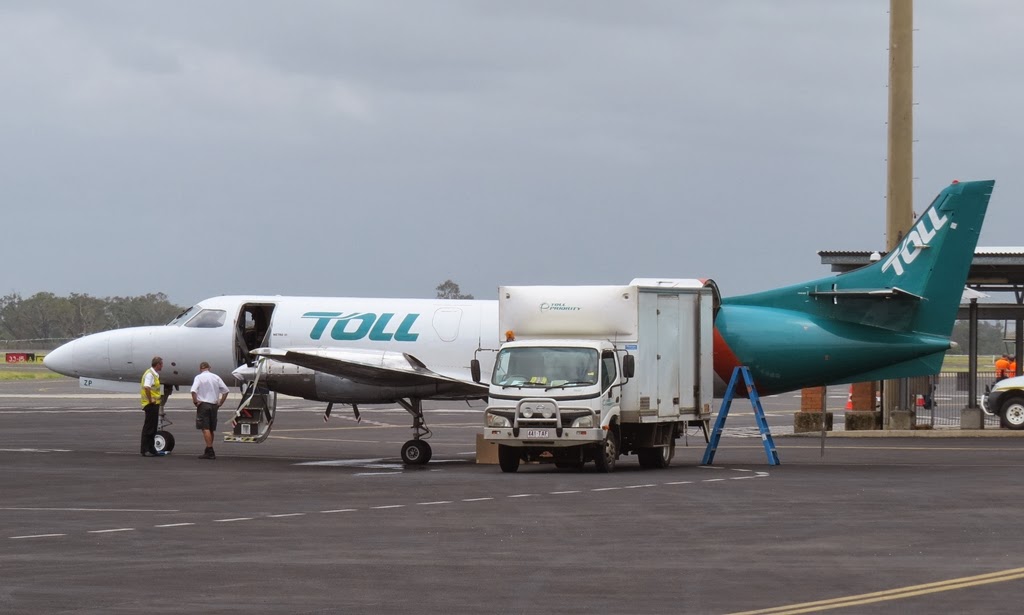 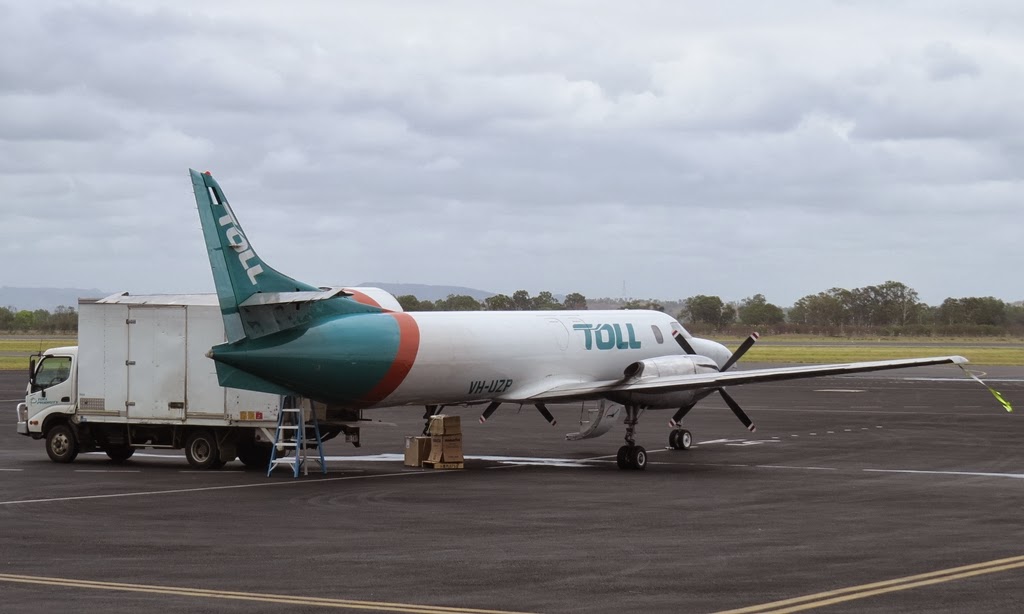 It is unclear of the cause was a maintenance issue or simply due to the rather inclement weather that passed through the region before dawn.

UPDATE!  Reports suggest that VH-UUO was unable to depart due to a lack of power on its take-off run.