Local plane spotters Jamie C and Tash C have sent through some great photos depicting the last flights to arrive and depart from Gladstone Airport on Tuesday 31 December, along with the first flights to depart Gladstone Airport early on Wednesday 1 January.  And mixed in with that was Alliance Airlines Fokker F-70 VH-QQV which seemingly called into Gladstone on New Year's Eve from Brisbane operating a Fly-in Fly-out (FIFO) charter. 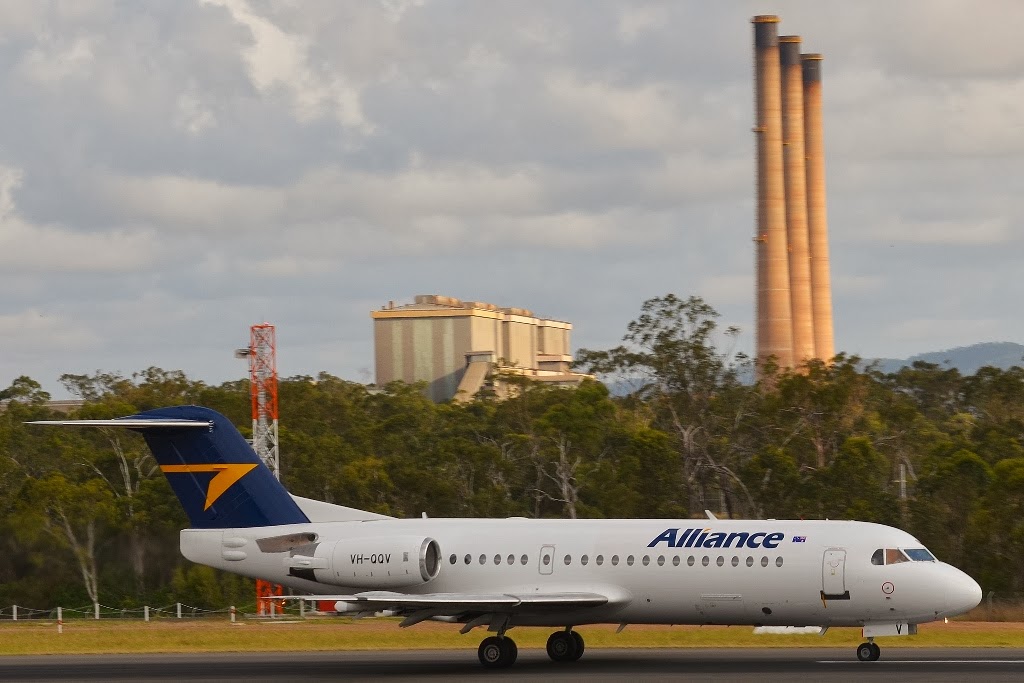 VH-QQV touched down as UTY650 from Brisbane and was parked for the night.  It was also the final jet service to call into Gladstone for 2013!

Meanwhile, the final Virgin Australia Regional Airlines (VARA) service to depart Gladstone for 2013 was operated by ATR 72-500 VH-FVI which departed to Brisbane on dusk as VOZ1720.

The final QantasLink departure for 2013 was Dash-8-Q400 VH-QOK which also departed to Brisbane but as QLK2345.

Then early on New Year's Day - Wednesday 1 January - Jamie and Tash captured the first aircraft to depart Gladstone for 2014 in the form of QantasLink Dash-8-200 VH-TQX which departed to Brisbane as QLK2331.  VH-TQX had in fact arrived on New Year's Eve as QLK2346 and overnighted.

Then Alliance Airlines Fokker F-70 VH-QQV departed back to Brisbane as UTY651 after its overnight stay.

VH-QQV had a honour of being the first jet aircraft to depart Gladstone for 2014!

With the forecast of the Resource Sector remaining strong - or possibly becoming stronger - we look forward to an exciting year of FIFO and other related movements into Gladstone Airport!

Sincere thanks to Jamie and Tash for their continuing contributions to the CQ Plane Spotting Blog!  Without these two very talented photographers, I doubt that the Blog would be as interesting and popular as it has become!  Thanks guys and here to a happy and healthy 2014!