It seems to be 'another day - another visit by A39-003 at Rockhampton Airport'.  Making its fourth visit to the beef capital in a week - and its third in as many days - Royal Australian Air Force (RAAF) Airbus A330-203 / KC-30A (MRTT) A39-003 performed another missed approach at Rocky on Thursday 16 January. 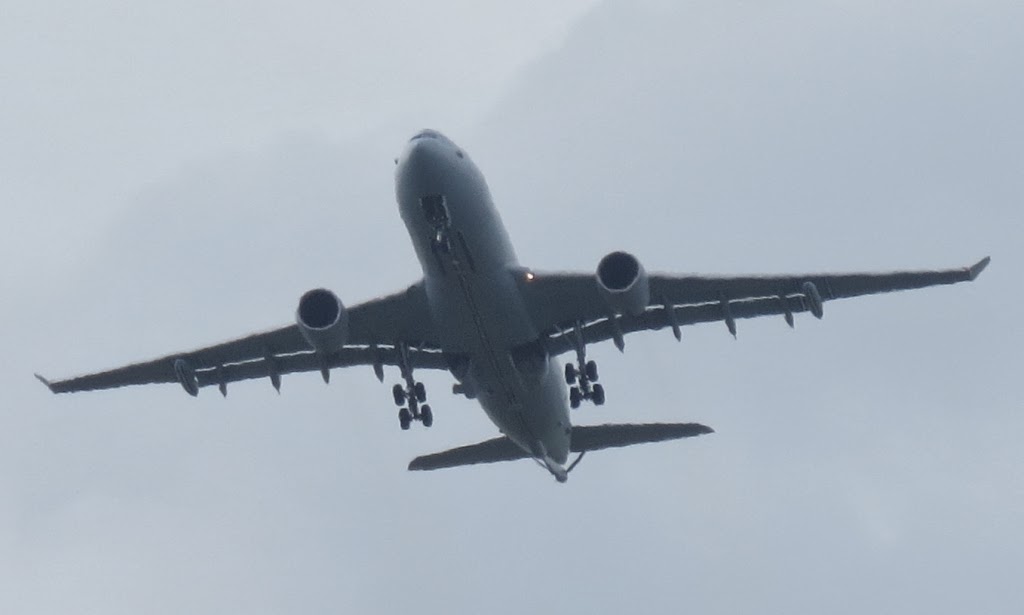 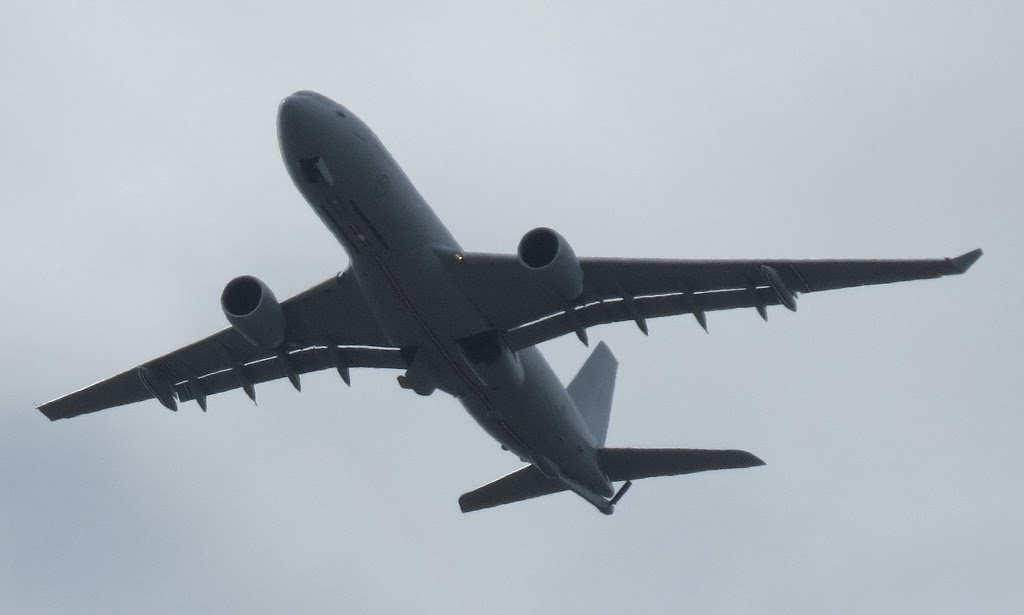 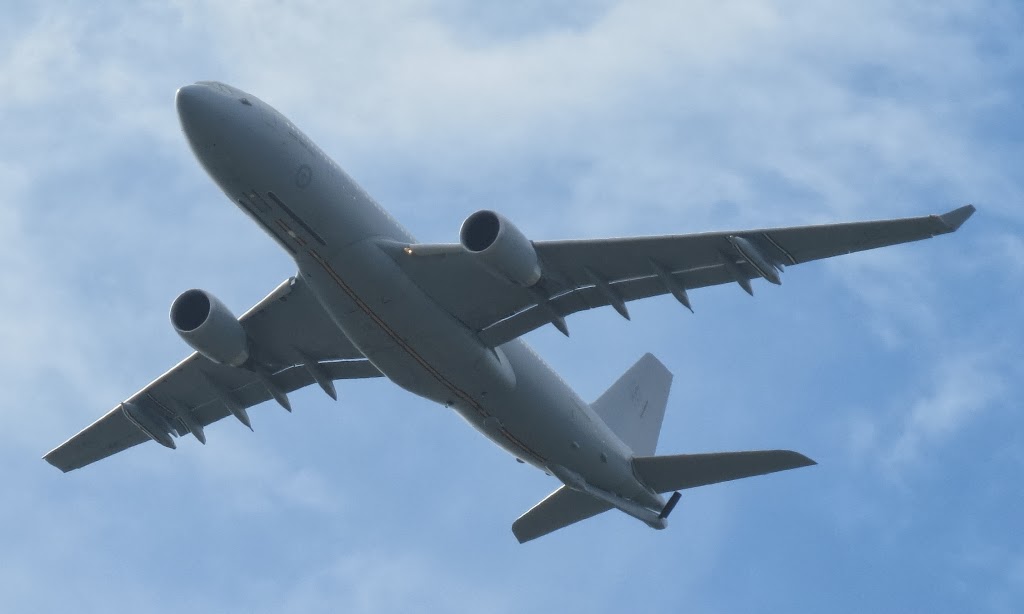 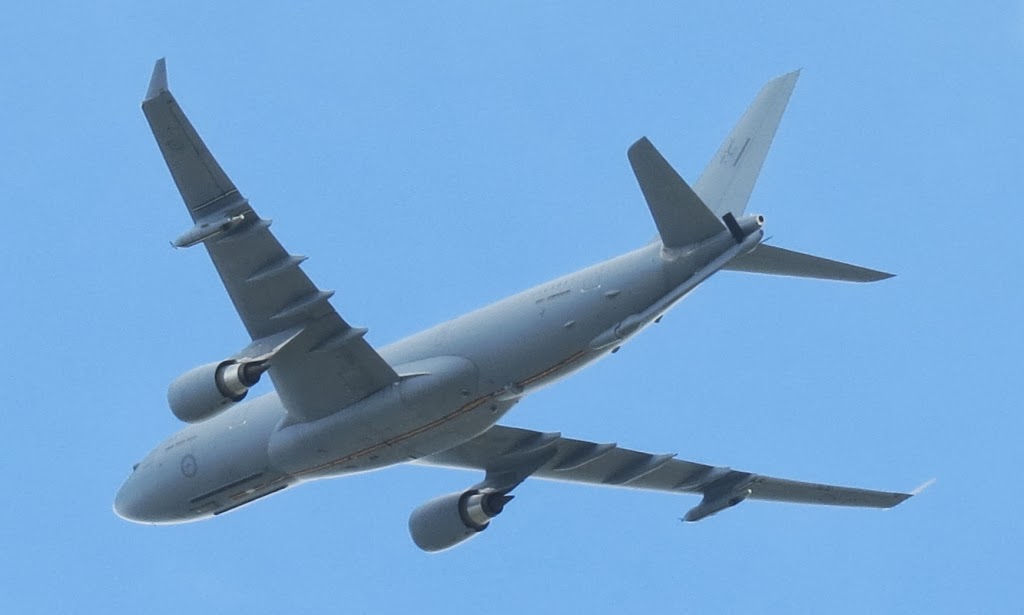 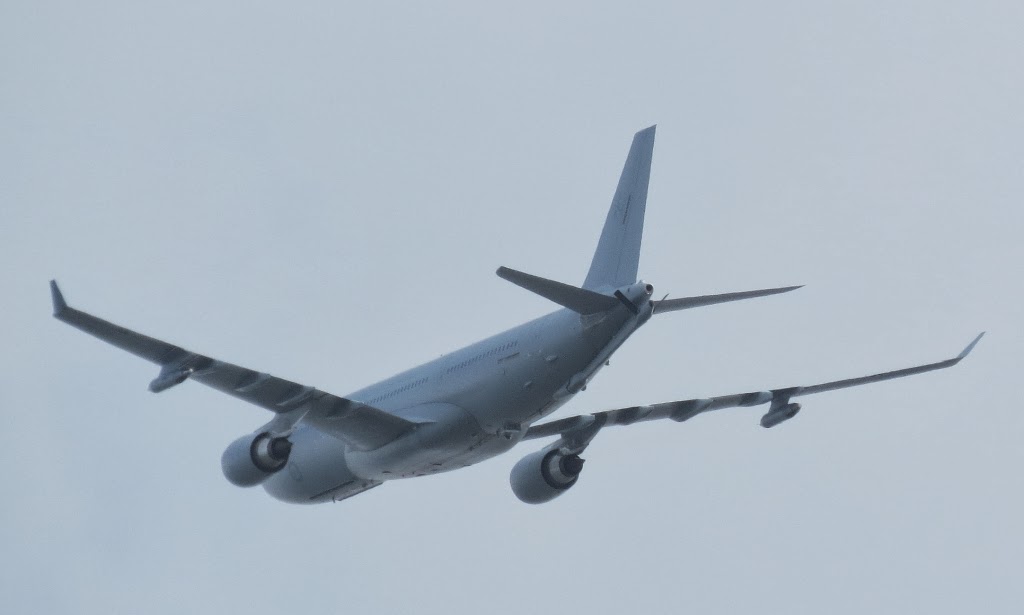 Local plane spotter 'IAD' reports that A39-003 had a full day of flying, departing Amberley Air Base and flying to Alice Springs and then Townsville.  After departing Townsville, it performed the missed approach at Rockhampton, and received clearance South back to Amberley.  On this occasion, it was using the radio callsign of "Dragon 11".

Meanwhile, earlier on Thursday 16 January, Travis W captured another spectacular missed approach performed by a RAAF aircraft in the form of Boeing C-17A Globemaster III A41-207. 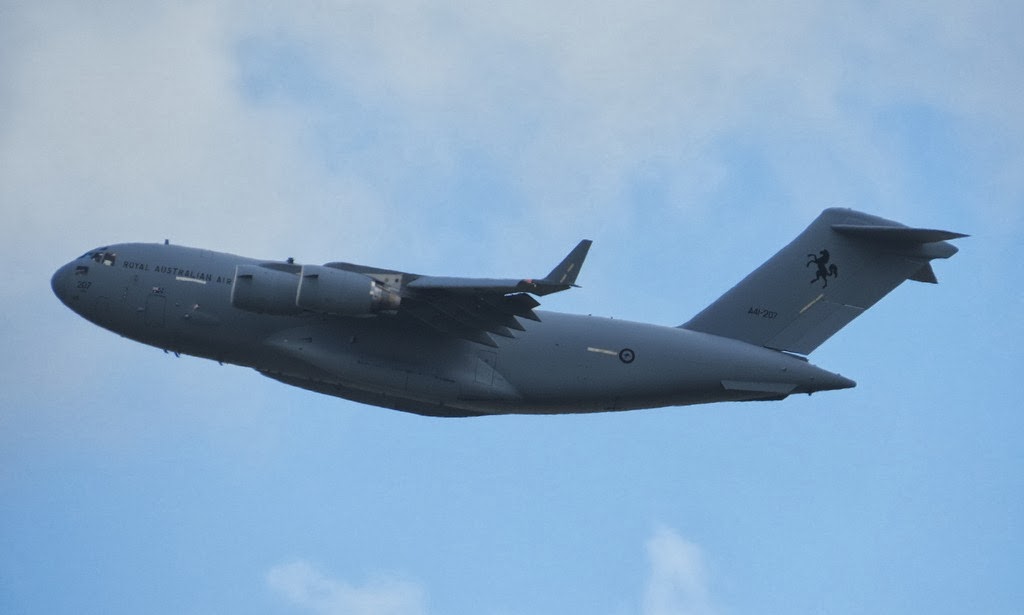 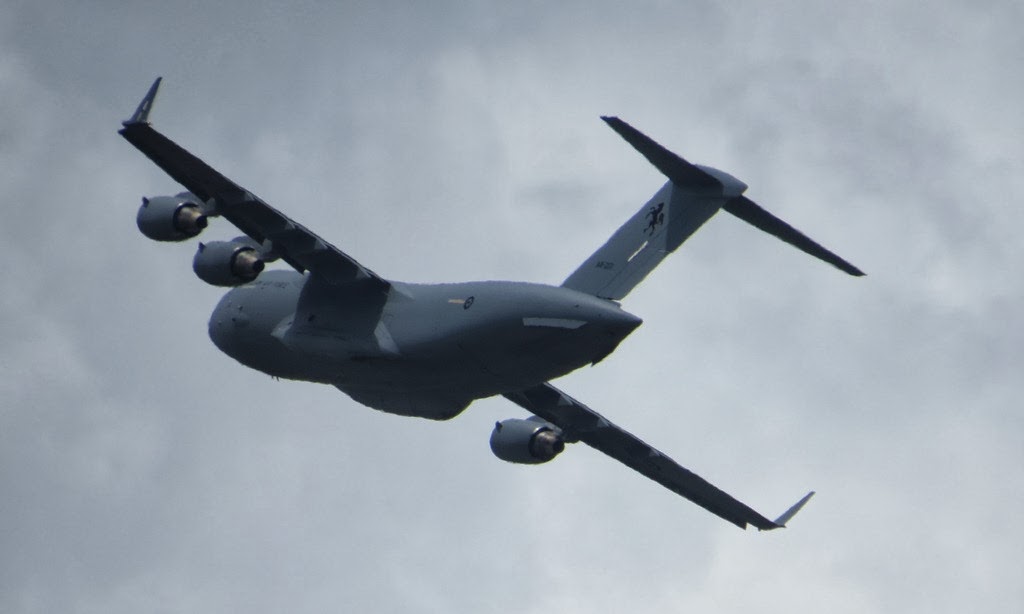 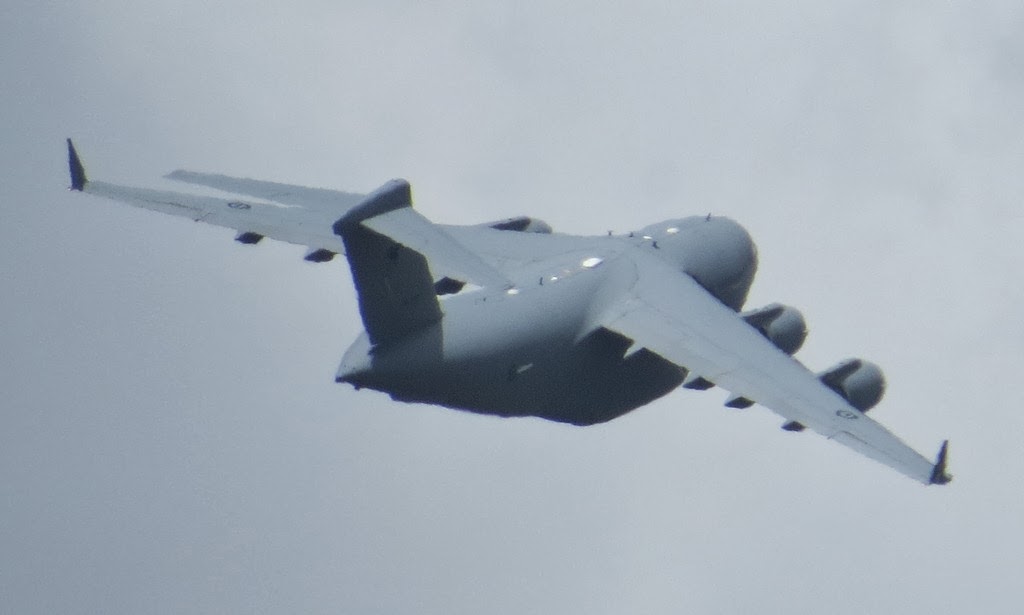 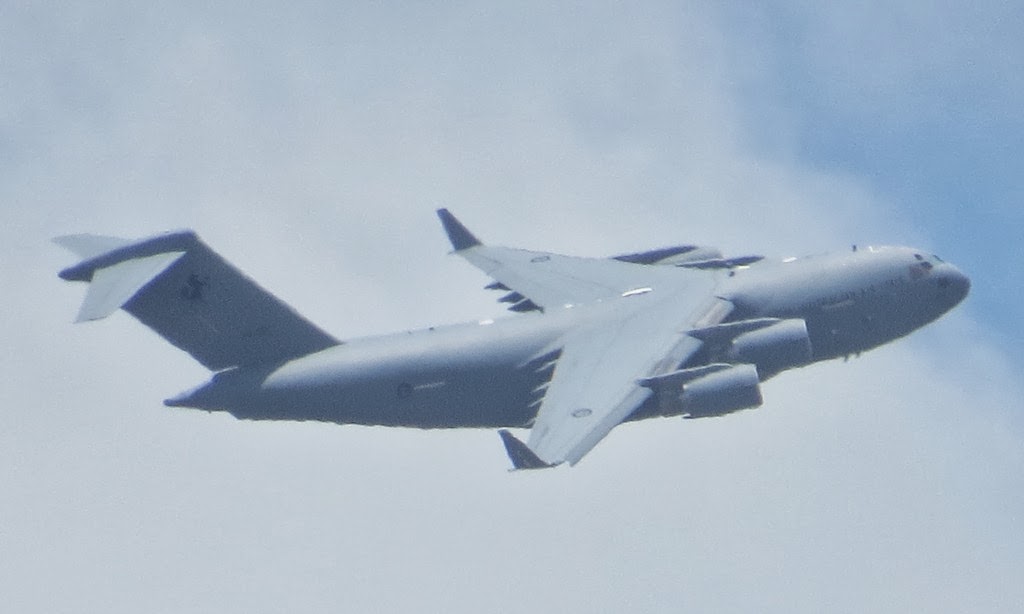 A41-207 flew North from Amberley, before performing a practice VOR approach from overhead outbound, and conducting a missed approach on Runway 15.  After the missed approach, A41-207 - flying as "Stallion 17" - headed further North to Mackay.

There were also reports of a RAAF C-17 performing a missed approach at Maryborough as well on Thursday!

Thanks to the Rocky spotters for their fantastic photos!