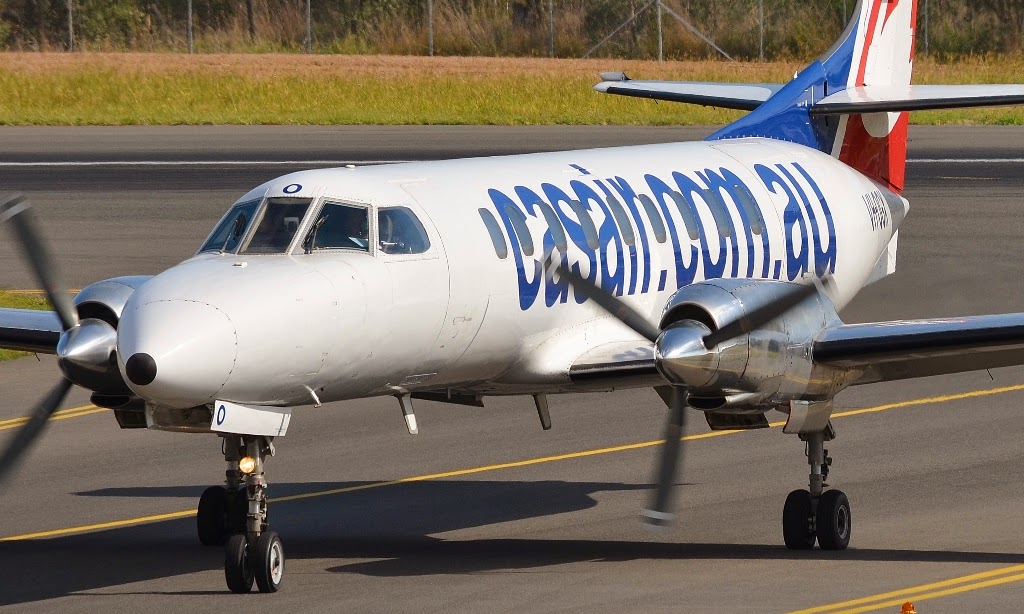 Local plane spotters Jamie C and Tash C were on hand to capture the Metro as it arrived into Gladstone from Archerfield.

Casair (Complete Aviation Services) was formed in 1992 and is based at Jandakot Airport near Perth. It conducts Fly-In Fly-Out (FIFO) operations for many resources companies, as well as general freight and charter flights.  In October 2012, VH-OGX flew into Archerfield from the West and has been based there operating flights to several towns in Southern Queensland associated with the growing resource sector.

VH-OGX spent a couple of hours on the ground at Gladstone, and eventually departed to Baralaba, West of Rockhampton. VH-VAU landed at Gladstone from Redcliffe and later departed to Mackay.  It eventually flew on to Townsville and Cairns.

Meanwhile, some of the commercial visitors to Gladstone Airport during the morning of Tuesday 21 January included Virgin Australia Regional Airlines (VARA) ATR 72-500 VH-FVL.

And finally, QantasLink Dash-8-Q300 VH-TQD was also spotted arriving at and later departing from Gladstone.

Yet more great photos of a spectacular morning of plane spotting at Gladstone Airport.  It's always exciting when a new operator calls into Central Queensland, and we sincerely thank Jamie and Tash for sending through their photos from this morning!