After a week where it travelled overseas, Royal Australian Air Force (RAAF) Airbus A330-203 / KC-30A (MRTT) A39-003 has yet again been photographed at Rockhampton Airport performing a missed approach onto Runway 15. 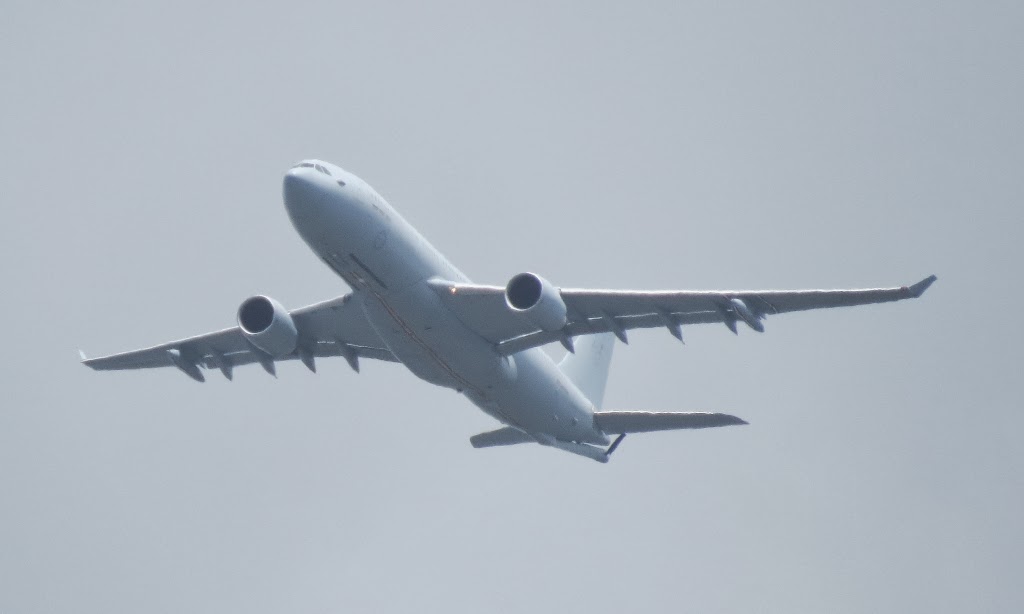 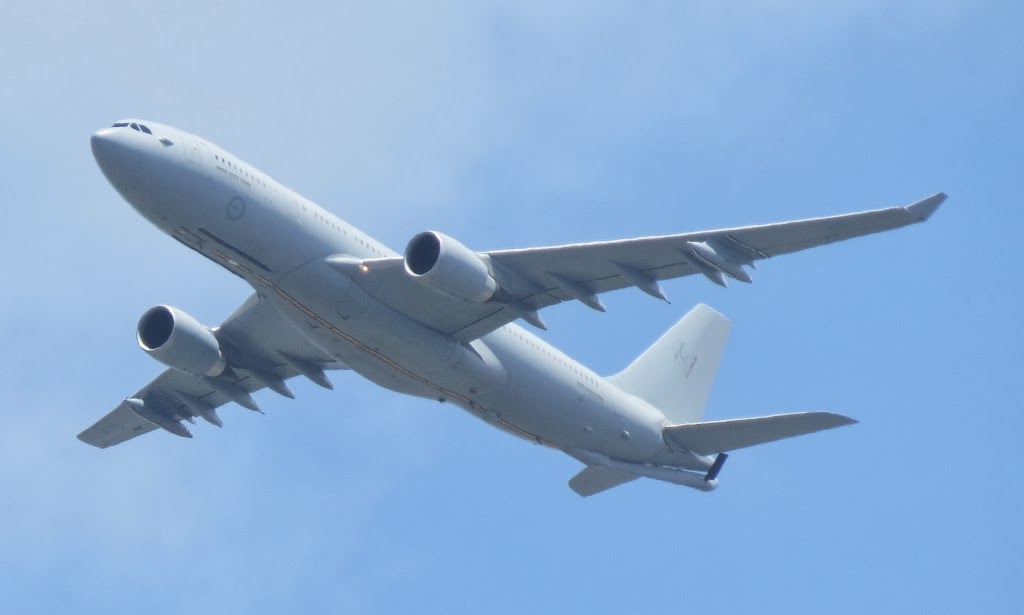 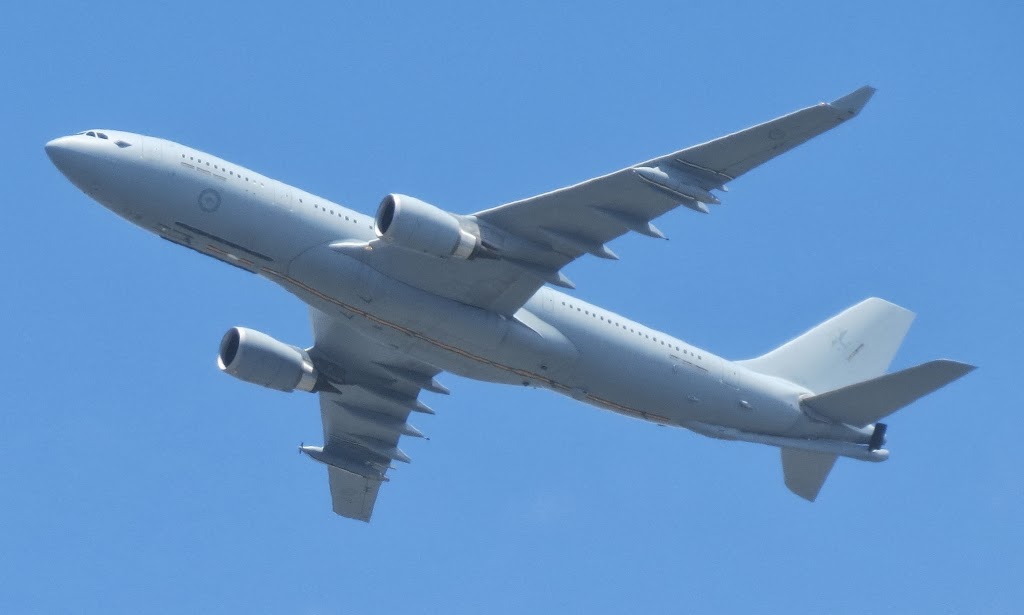 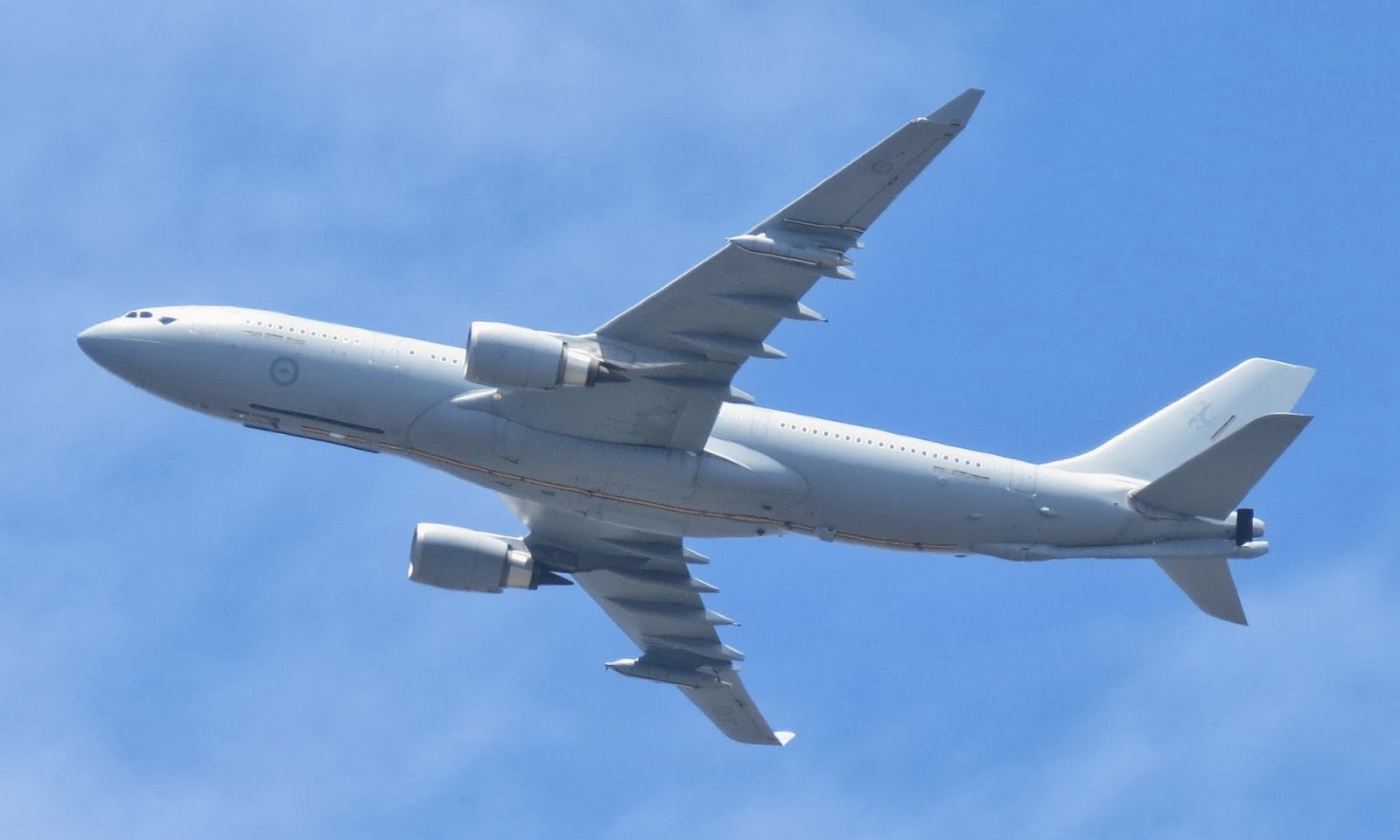 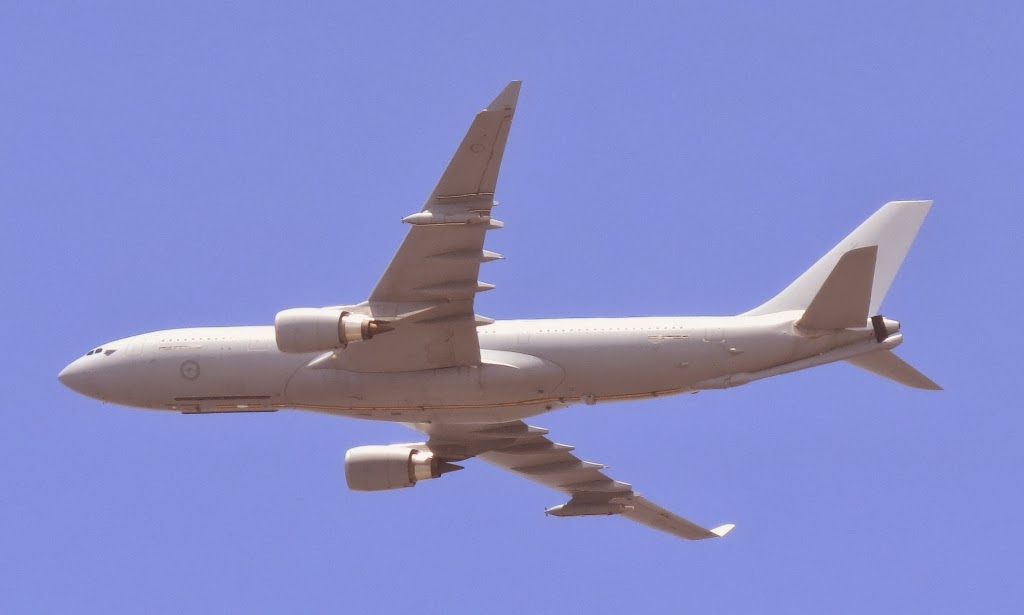 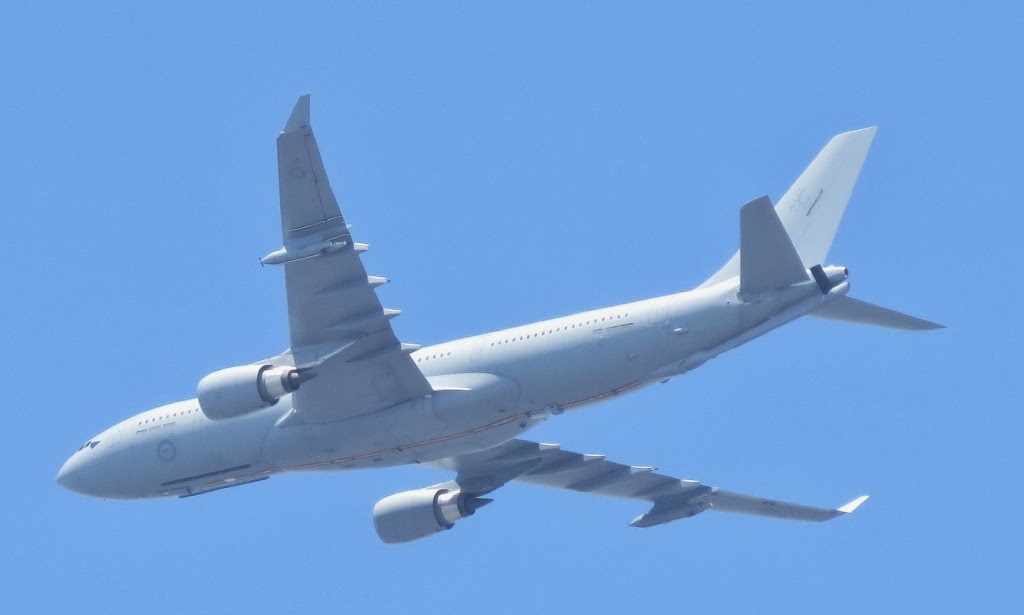 On Tuesday 28 January, local plane spotter 'IAD' was on hand to capture the MRTT as it departed Rockhampton heading North towards Hamilton Island.  It was heard to be using the radio callsign of "Dragon 15". 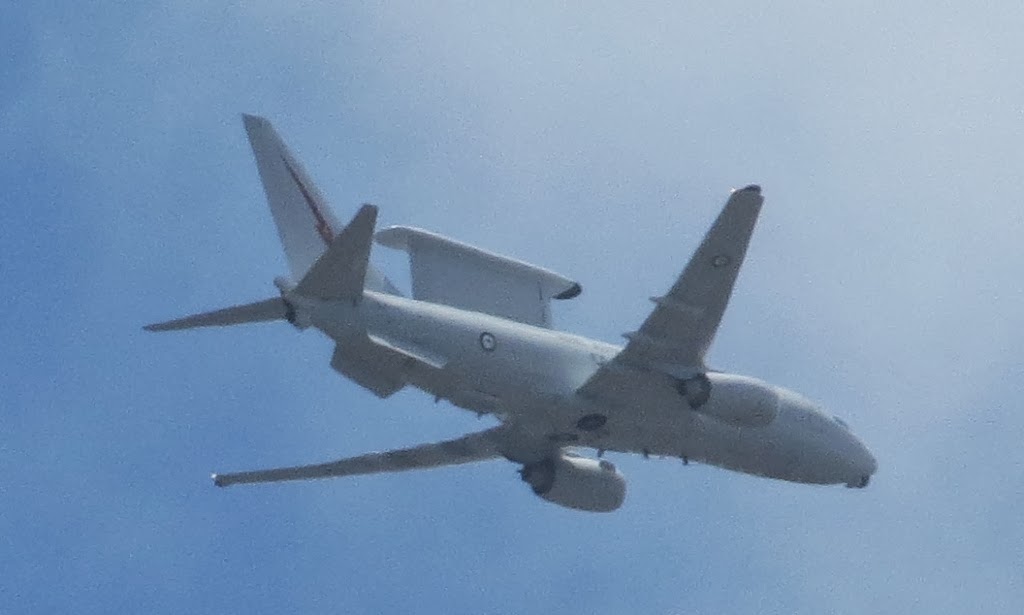 It was also believed to have conducted a missed approach at Rockhampton Airport.

Photos taken by 'IAD' and Kayanne Hardsman  ©
Posted by Damian F at 9:14 PM