What a great 15 minutes at Rockhampton Airport mid-morning on Friday 10 January as a pair of Royal Australian Air Force (RAAF) Boeing B737-7ES / E-7A Wedgetail Airborne Early Warning & Control (AEW&C) aircraft both performed a missed approach onto Rockhampton's Runway 15.  They were noted to be A30-001 and A30-006 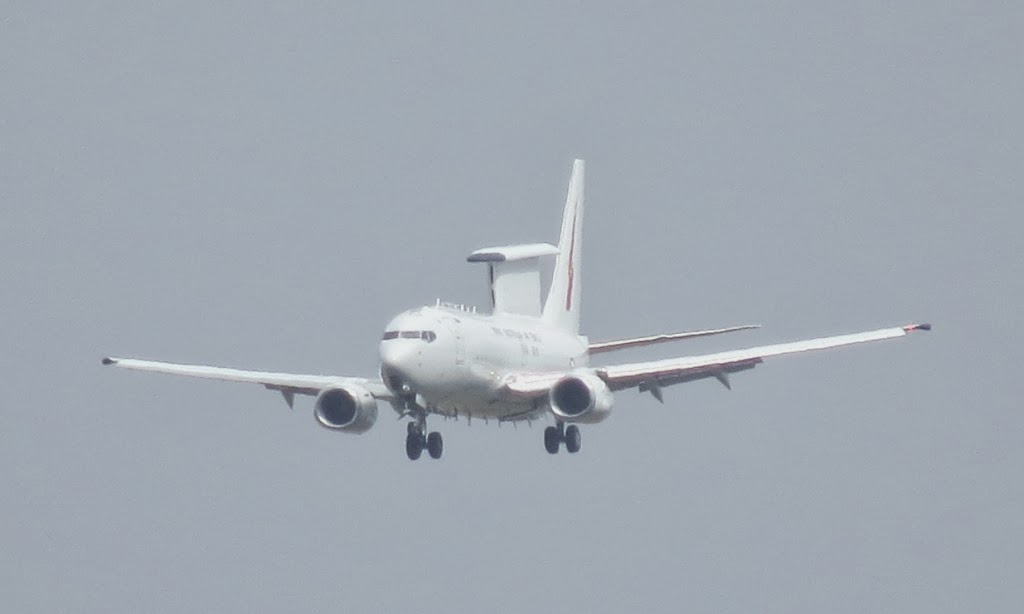 Local plane spotter 'IAD' - who has enjoyed his week of plane spotting at Rockhampton this week - was on hand to capture both Wedgetails as they climbed out of Rocky.  Both Wedgetails flew up from Williamtown Air Base in New South Wales, and after their air work, returned back towards to South.

A30-001 - flying as "Wedgetail 3" - was first and performed a "standard" approach - pulling up the missed approach well short of the runway. 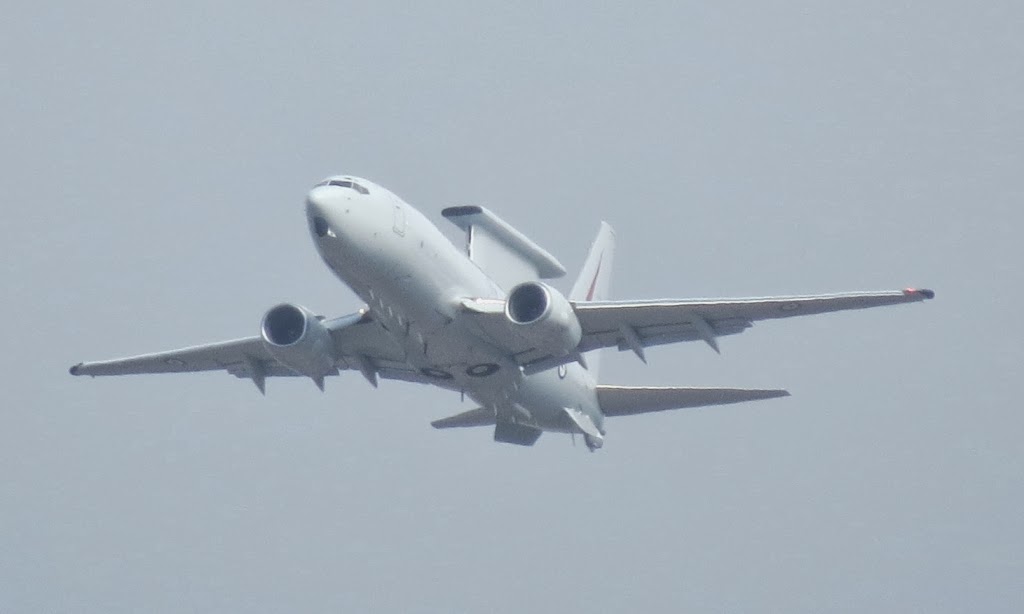 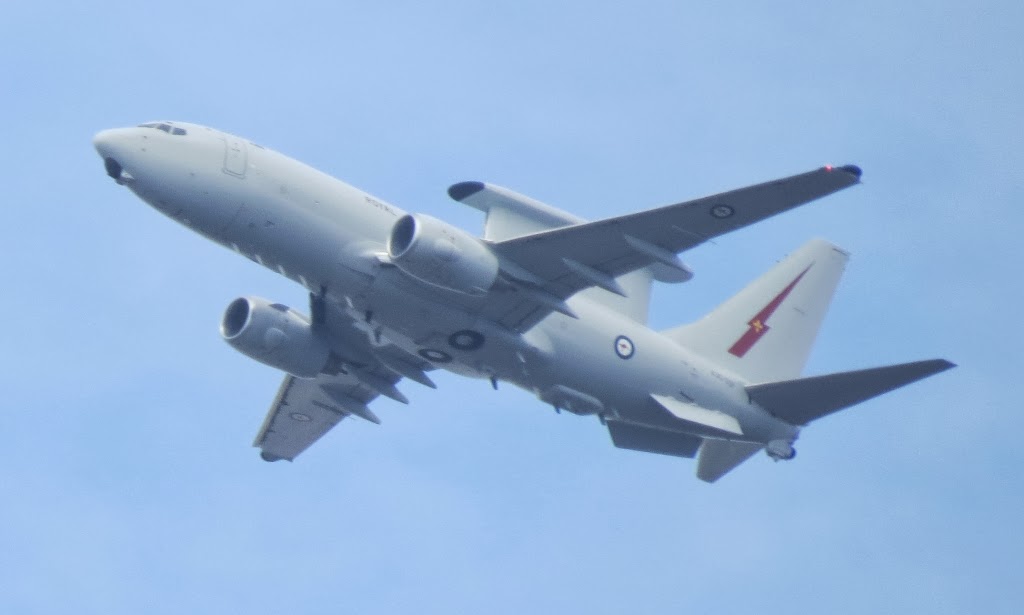 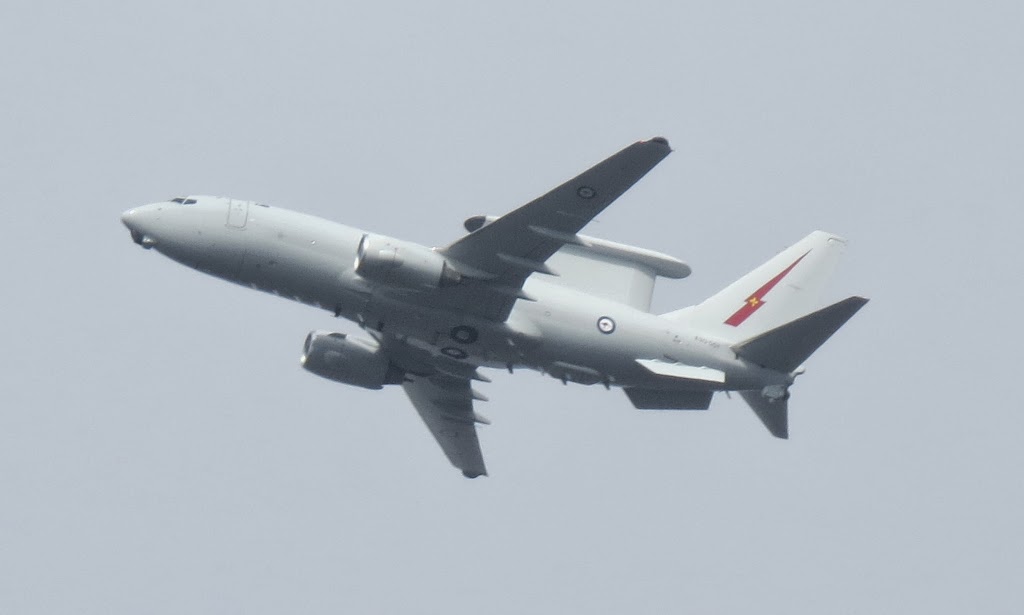 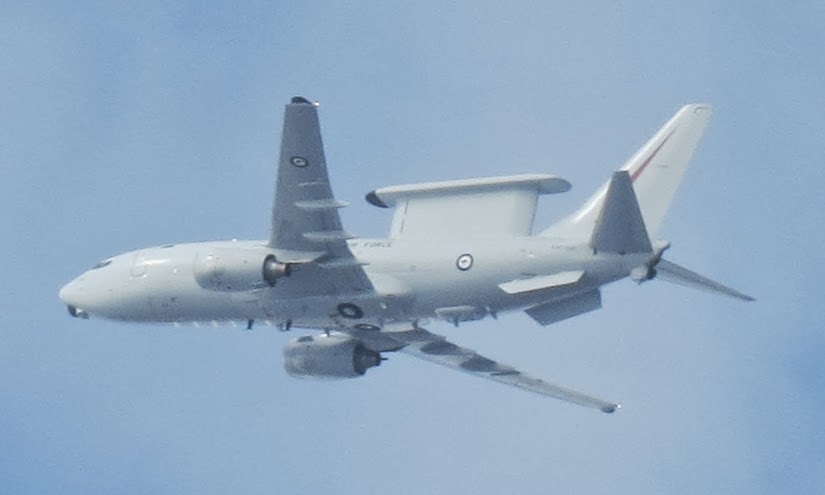 A30-006 - flying as "Wedgetail 5" - was second and performed a "non-standard" lower missed approach - pulling up more down the runway around abeam to the Control Tower. 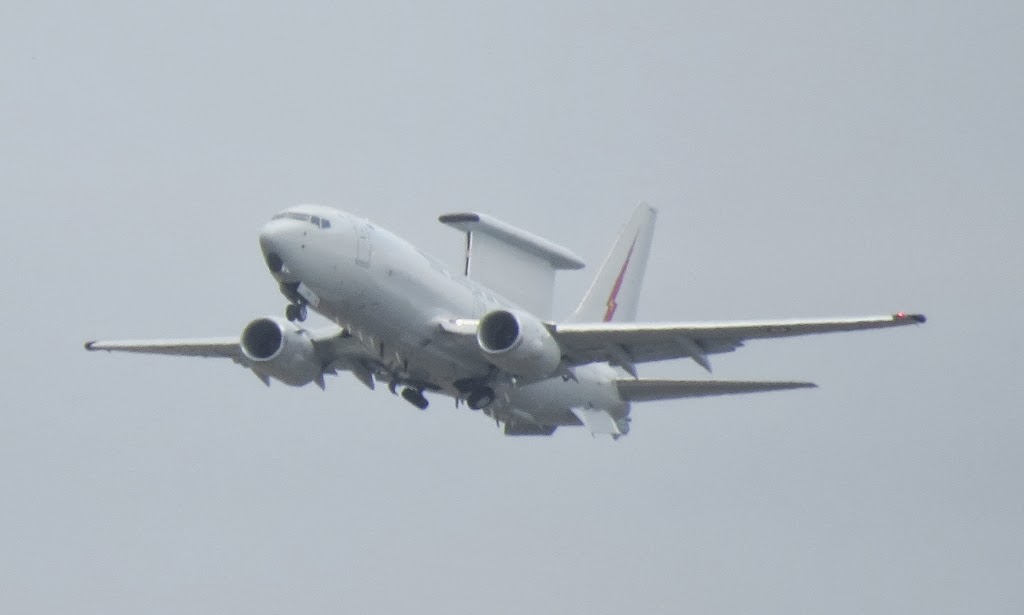 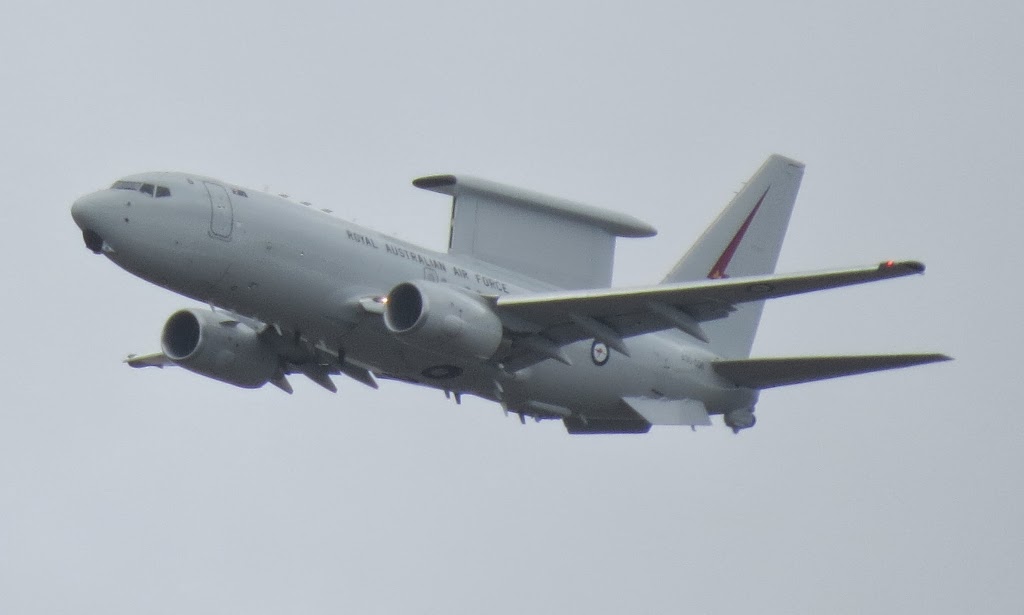 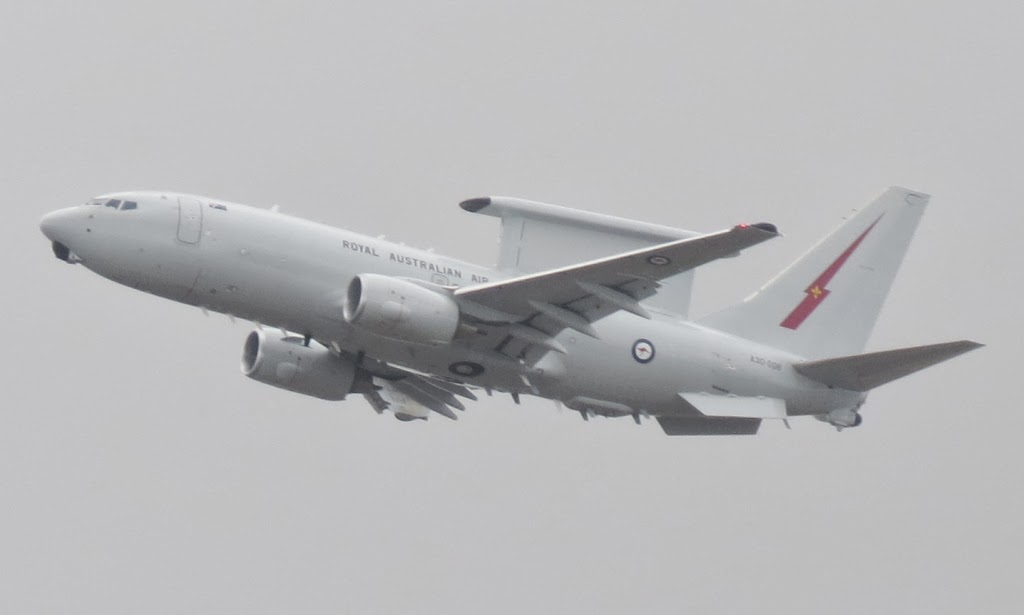 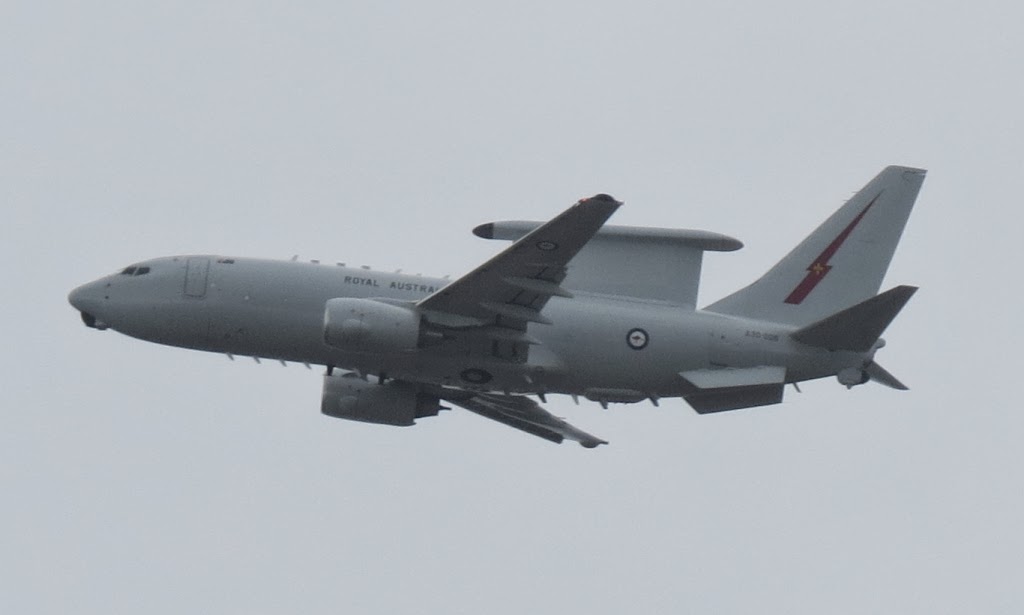 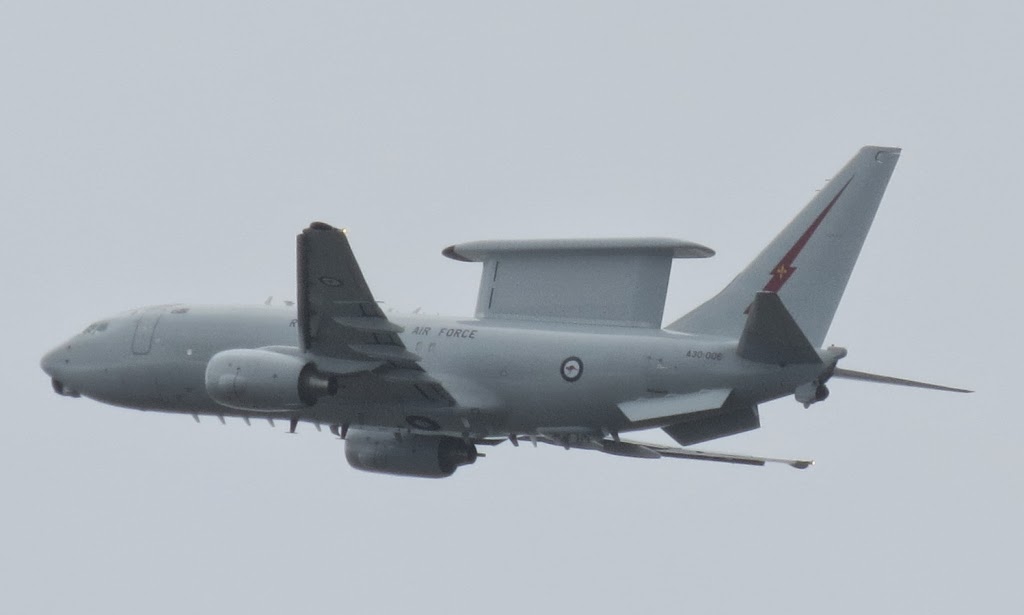 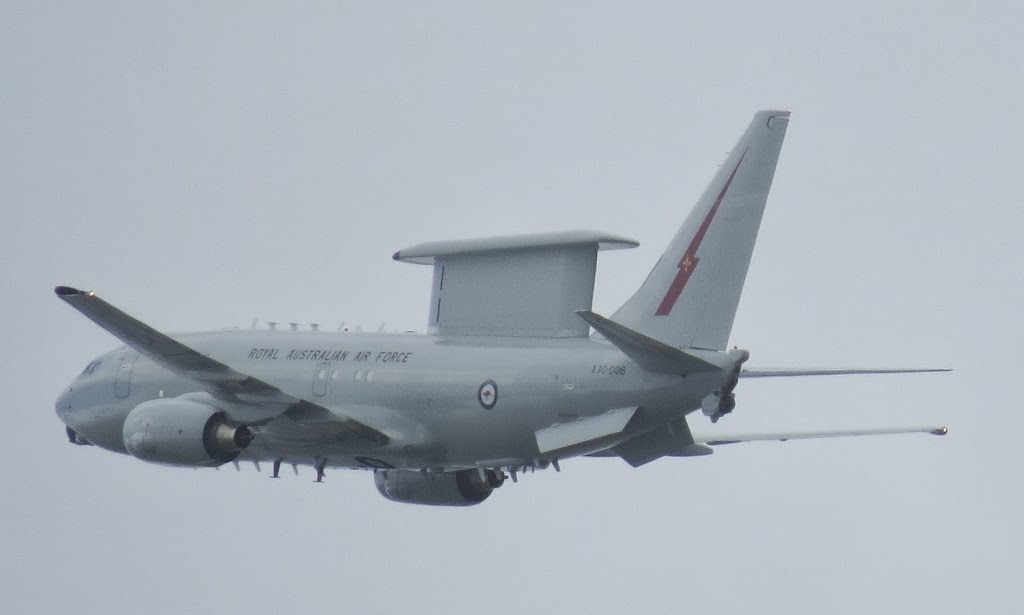 Some great images from a cloudy Rockhampton - sincere thanks to 'IAD' for being on hand to capture the fantastic action.

And thanks to Trevor H and Kayanne H for alerting CQ Plane Spotting of these great movements!