The coverage of the 'Fabulous Friday' of plane spotting at Gladstone Airport continues in this post as we look at no less than four Bell helicopters that were captured by local plane spotters Jamie C and Tash C on Friday 24 January.

One of the bigger choppers to call in on Friday was Australian Helicopters Agusta AB412 (Bell 412) VH-LSV, which was making its way South from Cairns to Redcliffe, via Townsville, Mackay and Gladstone. 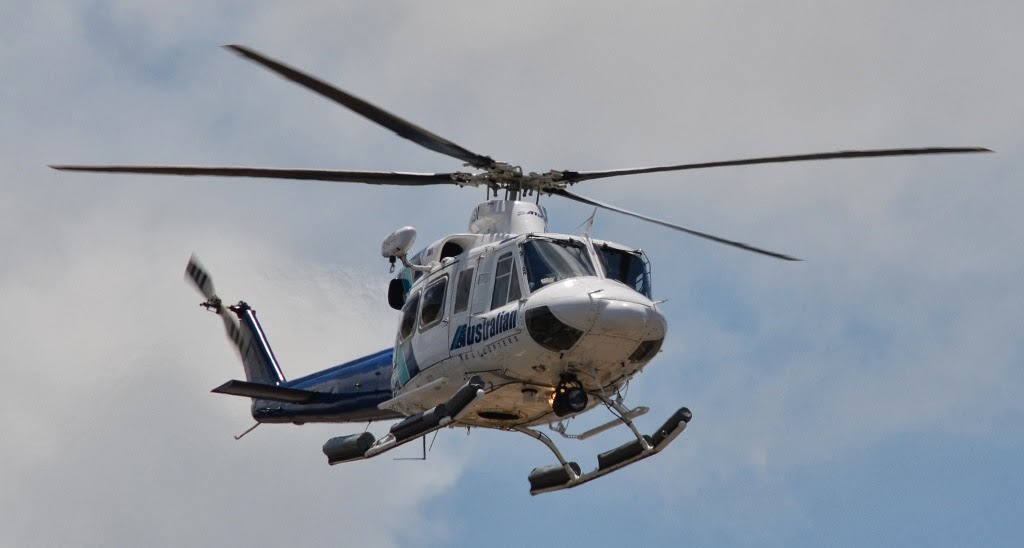 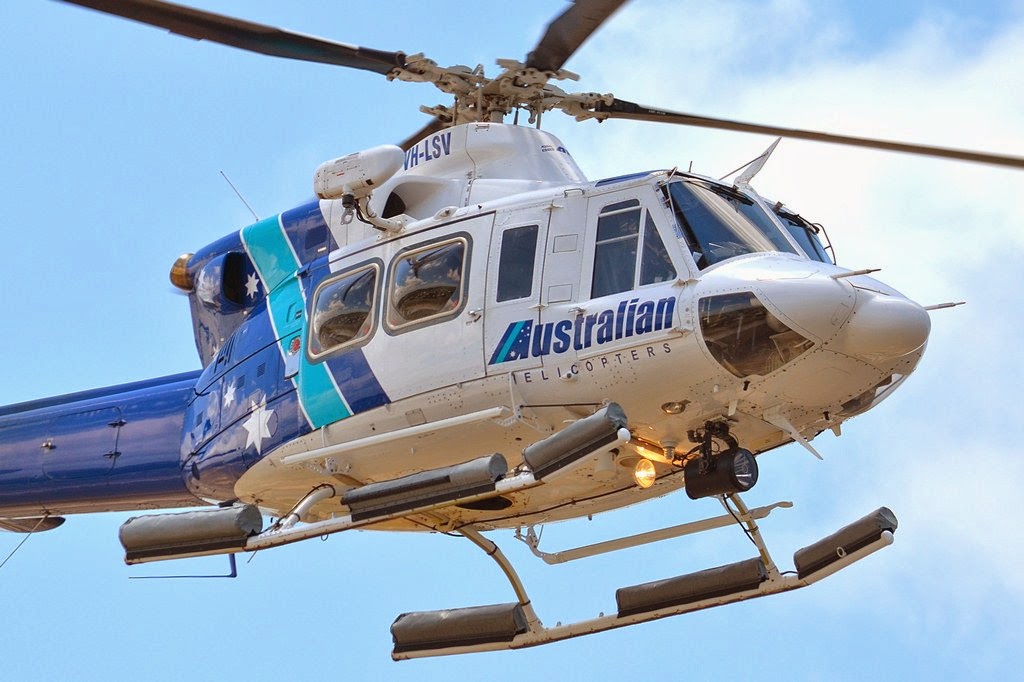 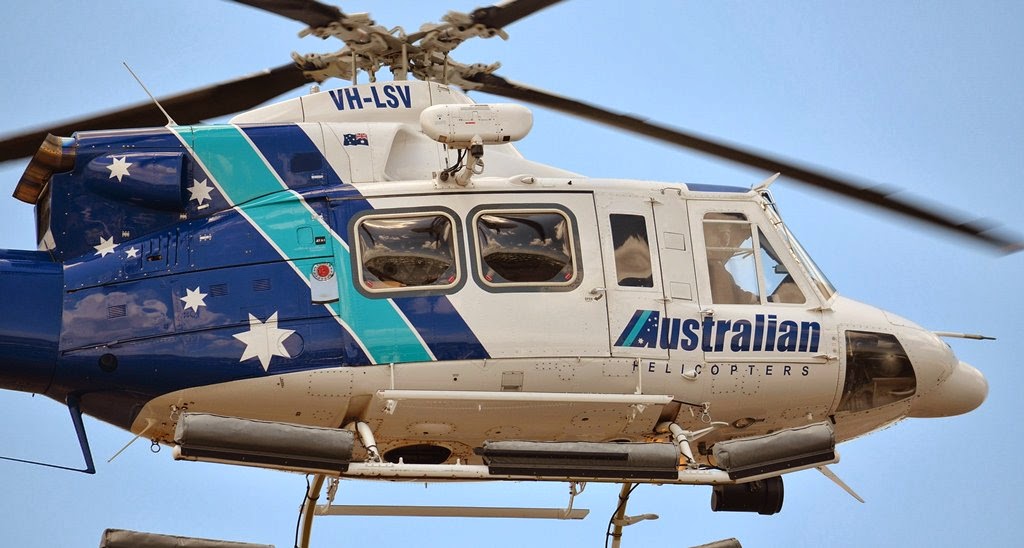 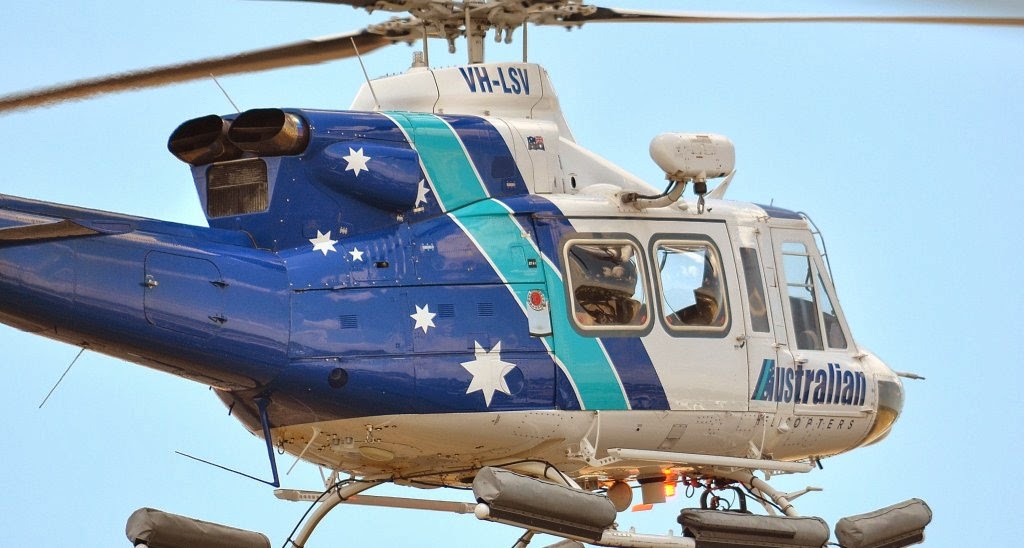 It's the second visit of an Australian Helicopters Bell 412 in Gladstone in a week, with VH-VAU spotted at Gladstone heading North on Tuesday 21 January.  VH-LSV arrived just as the visiting Conoco Phillips Gulfstream G550 bizjet N662CP departed to Brisbane. 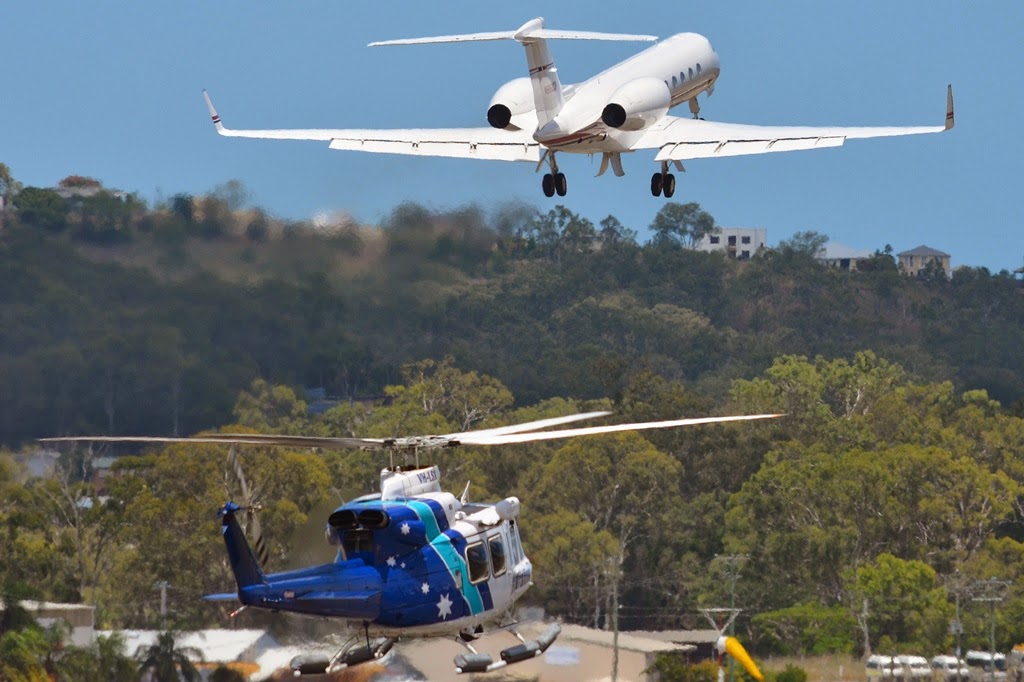 VH-LSV was also captured alongside the locally-based CareFlight Queensland Bell 412EP VH-XCY which was noted to be sitting outside its hangar for most of the day. 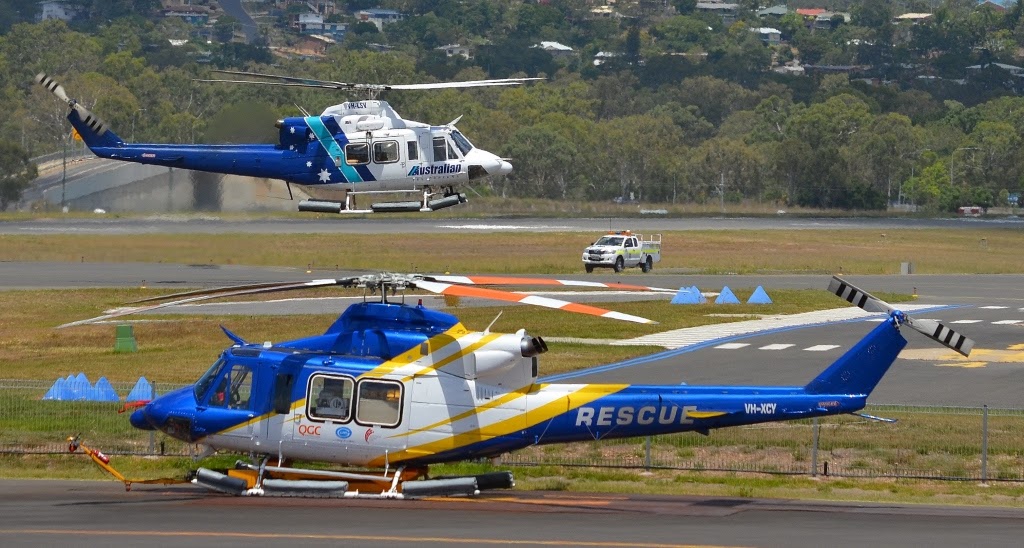 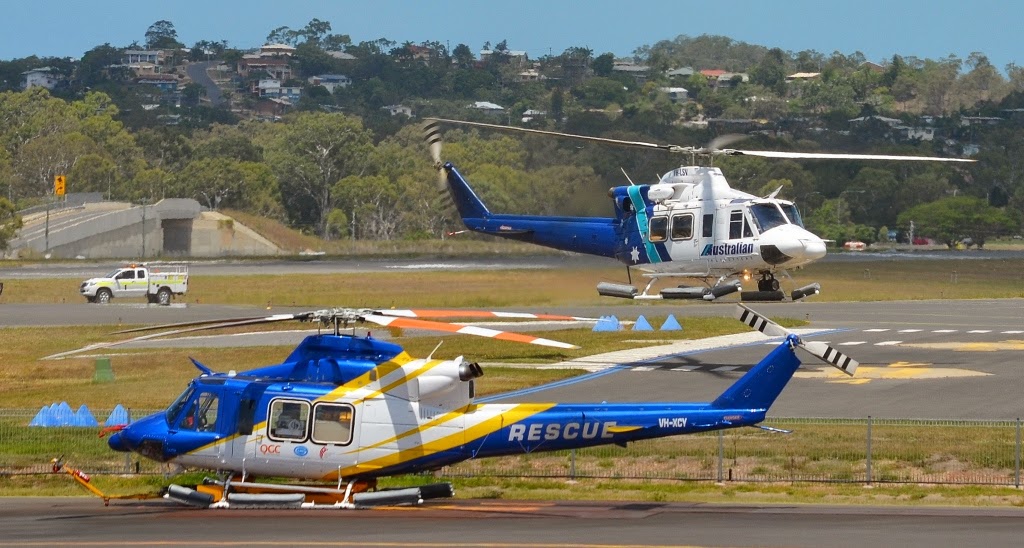 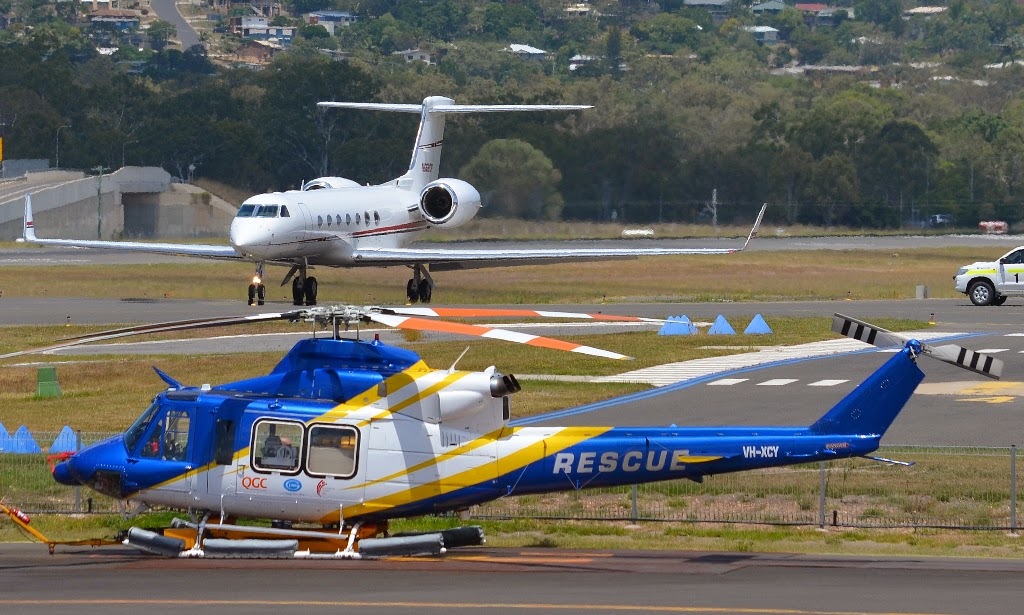 Earlier on Friday 24 January, another CareFlight Queensland helicopter called into Gladstone for the morning.  This time, CareFlight - ex-AGL Sunshine Coast Helicopter Rescue Service - Bell 206L-1 VH-ZOW arrived from the South and was parked next to VH-XCY. 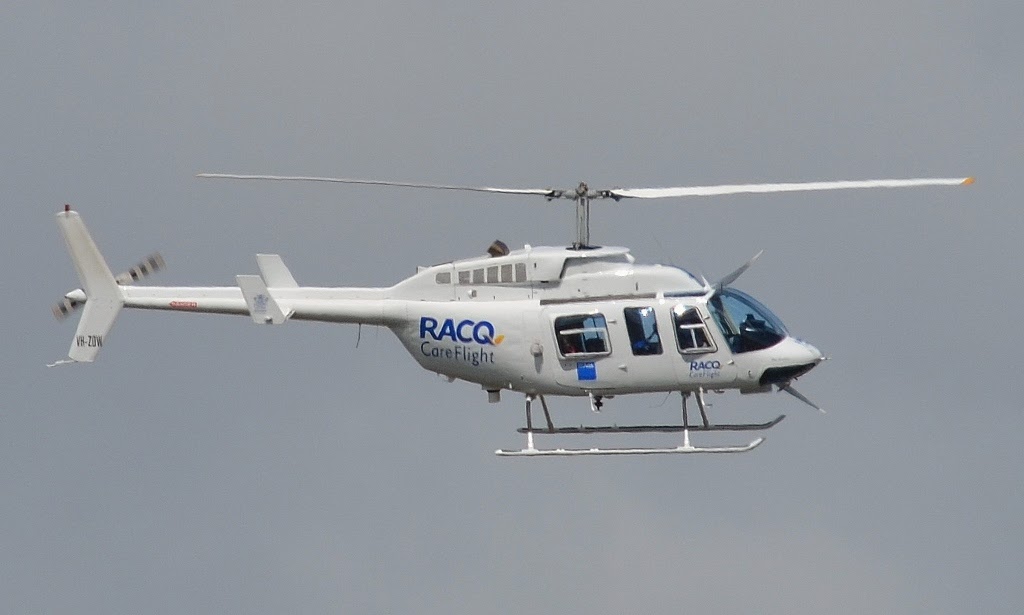 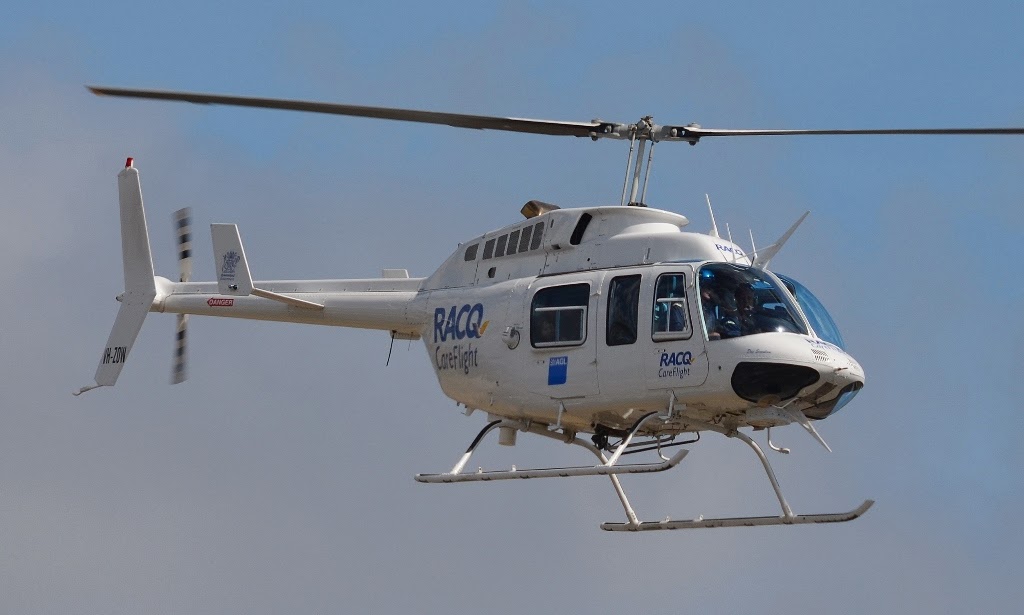 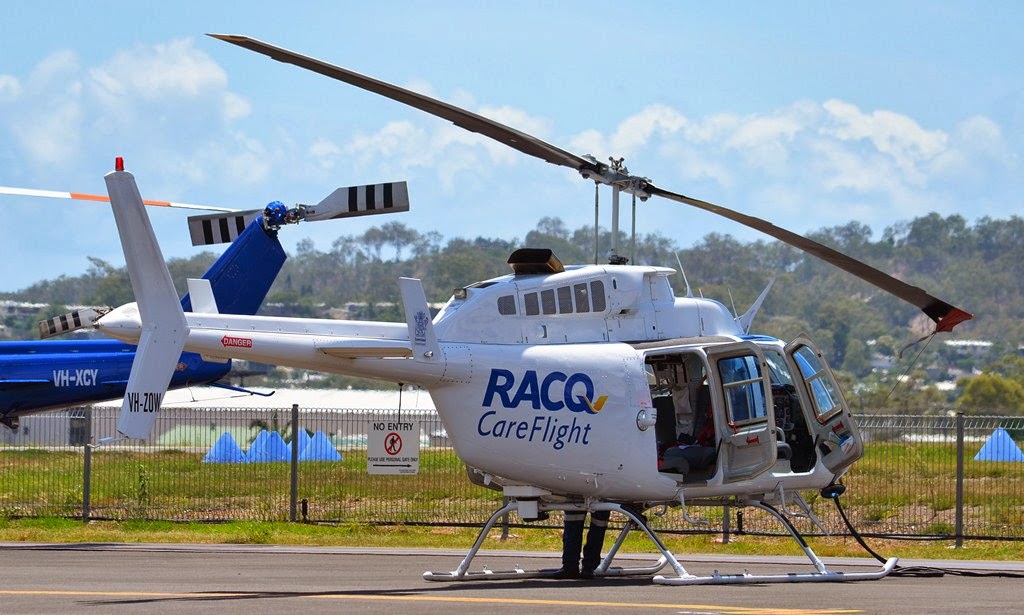 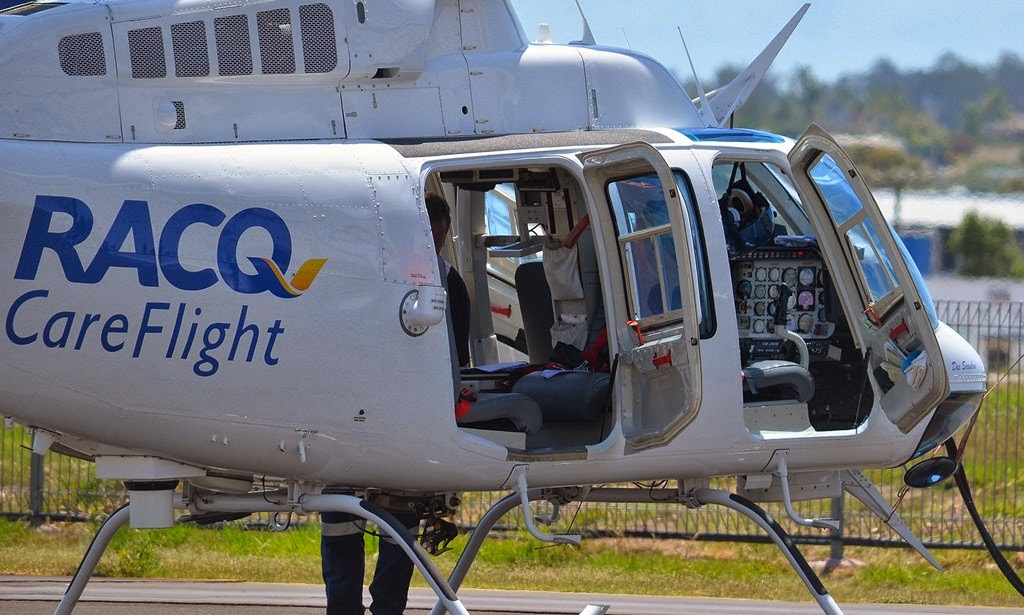 VH-ZOW was spotted operating a brief local flight, before returning to Gladstone. 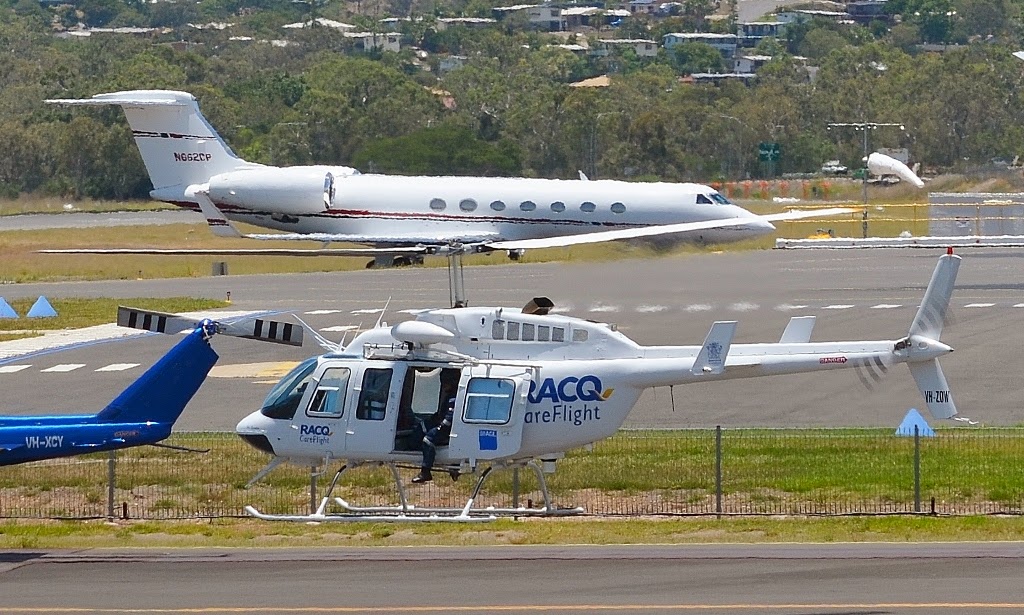 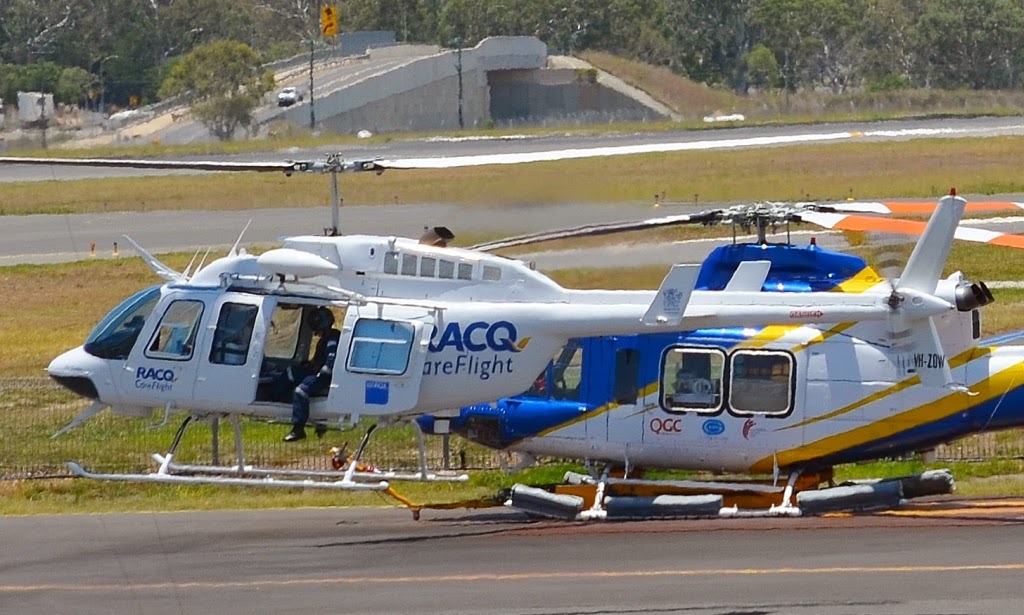 After returning from its local flight, VH-ZOW eventually departed back to the South.  Information suggests that VH-ZOW currently predominantly operates out of the Sunshine Coast and Bundaberg. 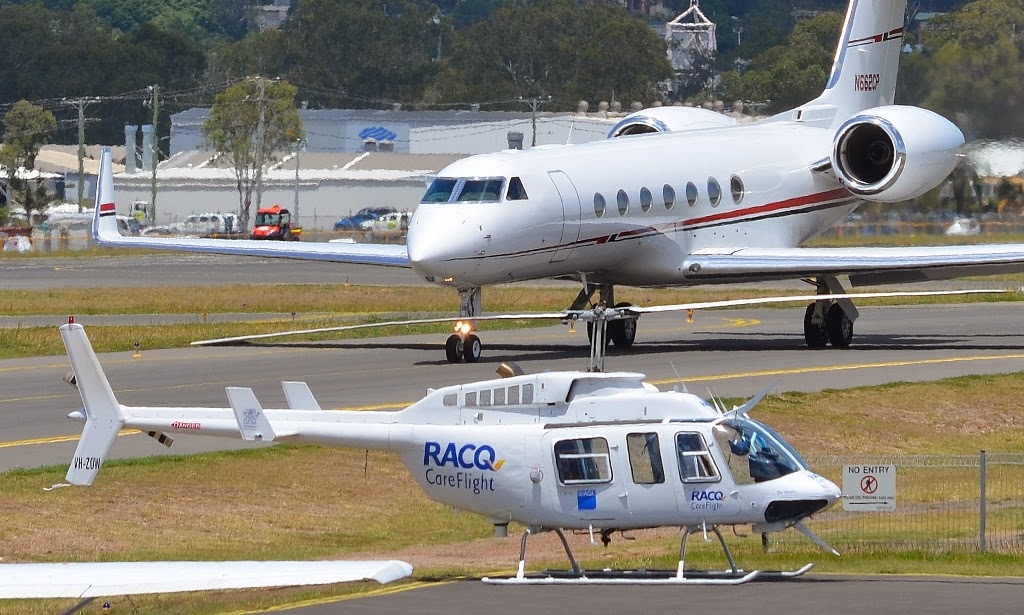 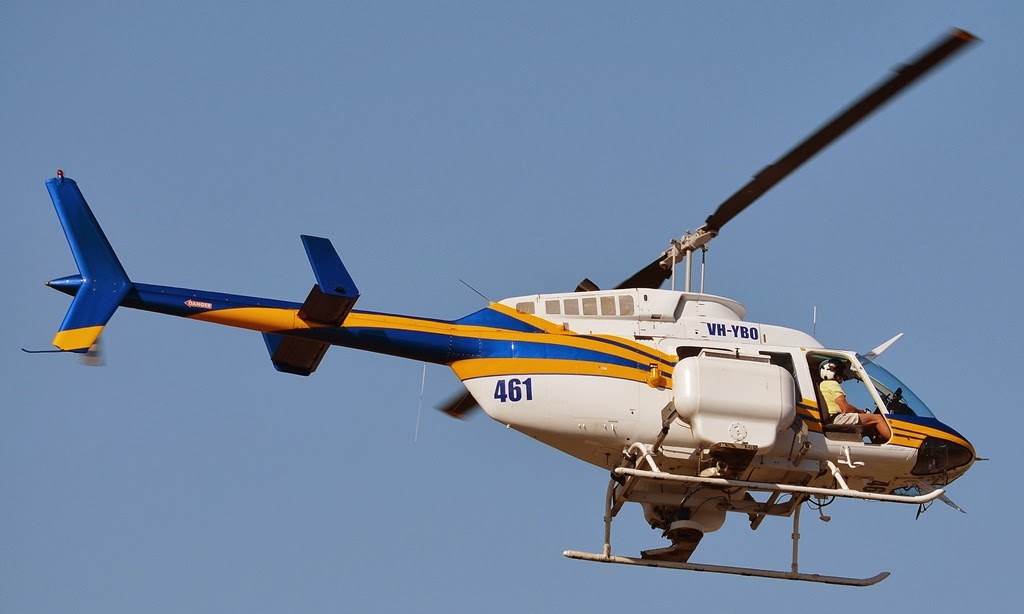 VH-YBO has this week been involved with the aerial treatment to rid the Gladstone region of the potentially deadly fire ant populations seen around the area.  The local Gladstone Observer newspaper reported on the fire ant eradication this week - including a photo of VH-YBO in action - and a link to article online can be found HERE. 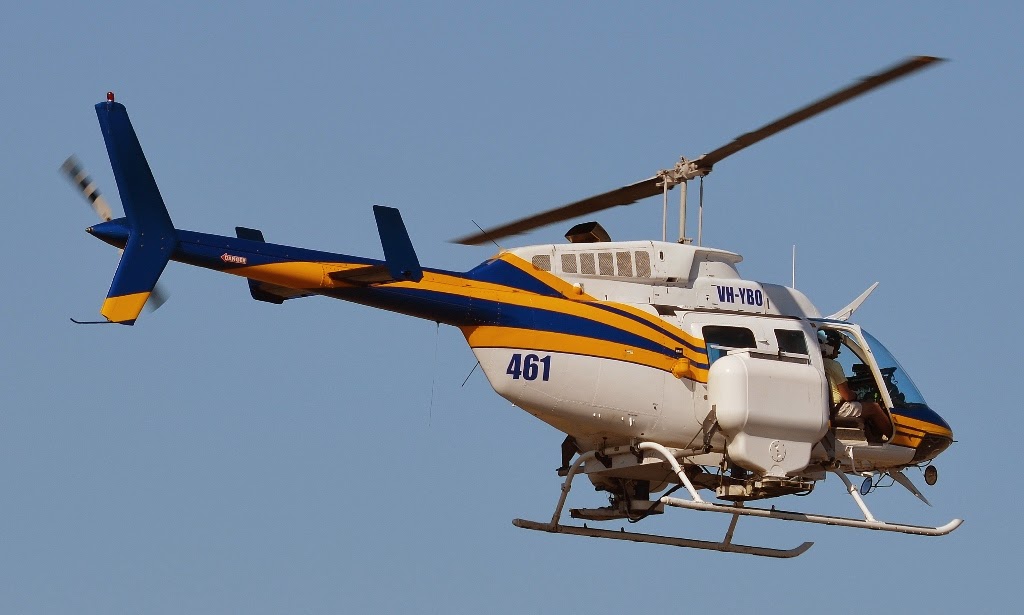 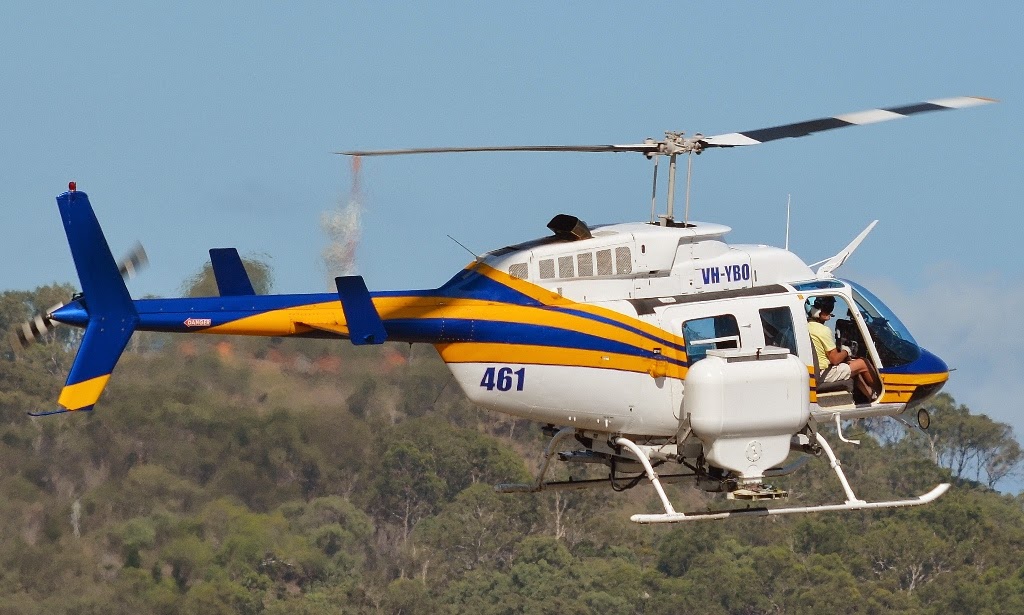 Yet more spectacular images from Jamie and Tash, and we thank them sincerely for capturing the great action and taking the time to send these images through!