Some More Plane Spotting Photos from Gladstone Airport on Sunday 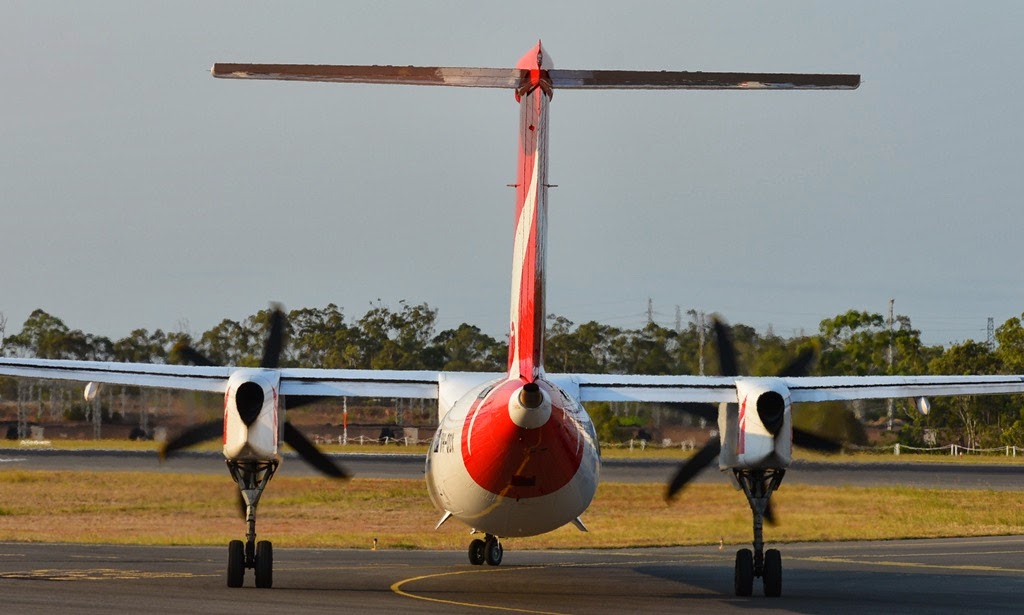 Local plane spotter Michael F has sent through some spectacular images from 'rush hour' at Gladstone Airport on Sunday 5 January as multiple Fly-in Fly-out (FIFO) charter flights touched down in the industrial city.  Alliance Airlines Fokker F-100s VH-XWT and VH-XWR both operated in Gladstone from Brisbane.

As mentioned in the Blog post below, VH-XWR arrived and had to wait on the Gladstone Runway until VH-XWT taxied away and a parking spot was available.

There were also multiple FIFO charter flights operated by QantasLink Dash-8-Q400 turbo-prop aircraft.  Two also touched down from Brisbane, while one flew up from Sydney.  Each Dash-8-Q400 departed in turn back to Brisbane empty. 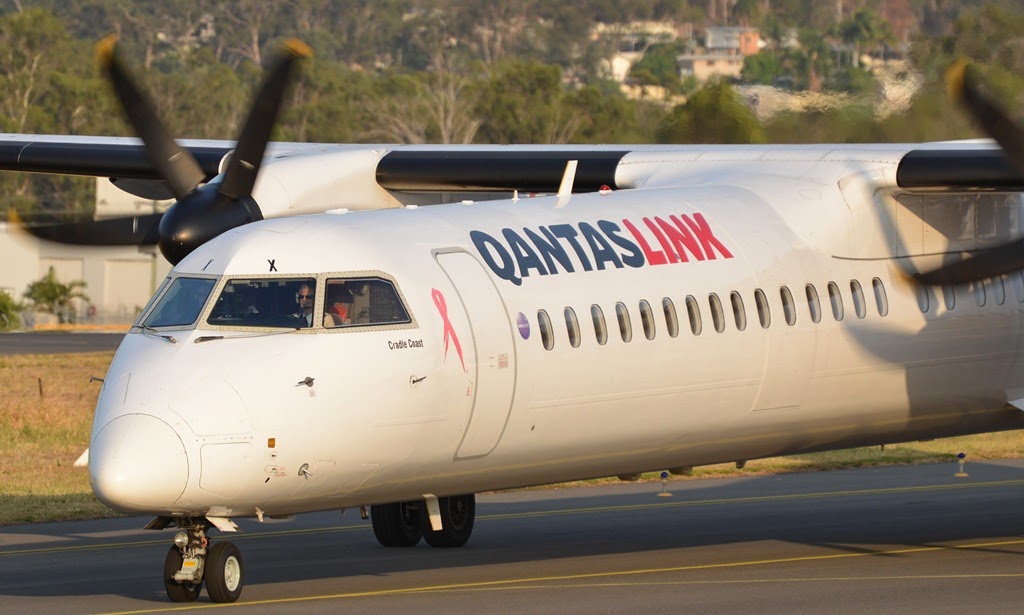 As this Blog post is written, there have again been more FIFO charter flights into Gladstone on Monday 6 January, operated solely by QantasLink Dash-8-Q400s, flying in from Sydney and Brisbane.

QantasLink Dash-8-Q400 VH-QOB was captured by Michael on Sunday as it touched down on Gladstone's Runway 10.

Finally, Michael also captured a couple of dramatic images of QantasLink (Cobham Aviation) Boeing B717-200 VH-NXG touching down from Brisbane as QJE1716.

Some great images from a great and enjoyable afternoon of plane spotting!

Sincere thanks to Michael for sending his fantastic photos through!

All photos taken by Michael Fleetwood  ©
Posted by Damian F at 11:29 PM