A really interesting 'mixed-bag' type of day at Hamilton Island Airport on Monday 20 March with one of the three nice visiting bizjets departing, as well as cancelled and delayed scheduled flights due to maintenance problems.

First up, the visiting Isle-of-Man registered Bombardier BD-100-1A10 Challenger 350 M-SGJS departed to Darwin - where it is pictured below arriving a little while later. 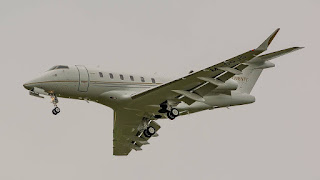 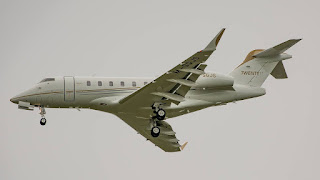 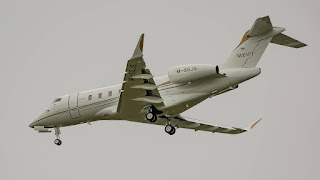 As posted below, M-SGJS was one of three nice bizjets that arrived at Hamilton Island Airport on Saturday 18 March.  Also touching down was American-registered Bombardier BD-700-1A11 Global 5000 N667BB.  It is pictured parked on the Hamo Apron on Monday 20 March. 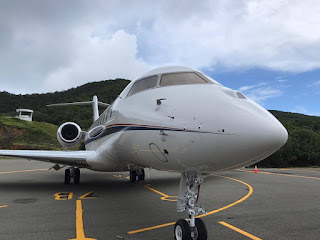 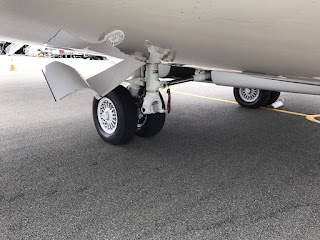 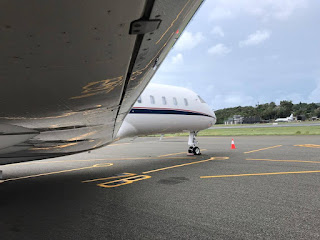 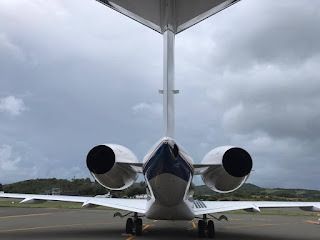 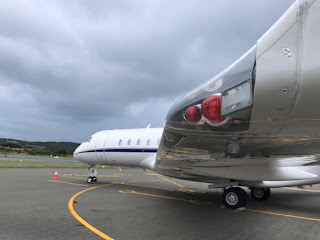 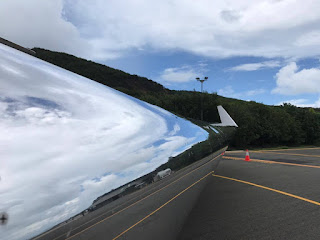 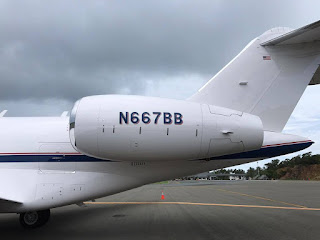 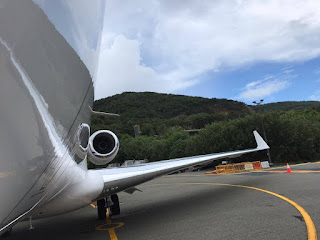 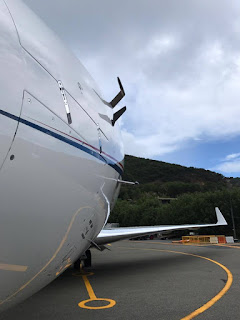 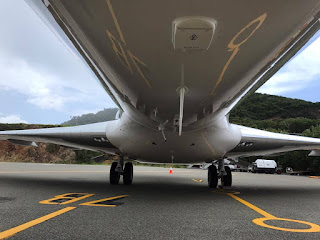 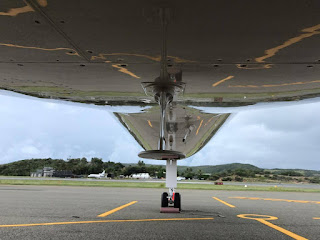 Eagle-eyed reader will also notice the brand new Shortstop Jet Charter Dassault Falcon 900C VH-OAA which remains parked on the Western side of the Island after also arriving on Saturday 18 March.


On Monday 20 March, maintenance problems affected two outbound flights from Hamilton Island Airport to Sydney and Brisbane for both Jetstar Airways and QantasLink respectively.  Jetstar Airbus A320 VH-JQL initially touched down at Hamo as JST846 from Sydney, however it was unable to operate the return JST849 service due to a technical issue.  Much later in the day - in fact in the evening - fellow Jetstar A320 VH-JQG positioned empty from Brisbane to Hamilton Island Airport JST7994 before it operated a significantly delayed flight to Brisbane (not Sydney) as JST7849.

It appears that VH-JQL remains parked at Hamo.

UPDATE!  VH-JQL re-positioned empty back to Brisbane from Hamilton Island on Tuesday 21 March as JST7995.

It too appears that VH-QOX remains parked at Hamo.

UPDATE!  VH-QOX was noted flying to Cairns from Hamilton Island on Tuesday 21 March as QLK2450.

UPDATE!  Another QantasLink Dash-8-Q400 VH-QOF flew into Hamilton Island Airport from Cairns early on Tuesday 21 March as QLK7311.  It then departed to Brisbane as QLK2675.

Finally, a couple of visitors to Hamilton Island Airport on the 'lighter side' that are worth mentioning included

Jedda Lin (Sydney) Hawker Beechcraft G36 Bonanza VH-JKL flew into Hamilton Island Airport from Archerfield on Monday 20 March.  It then departed to Rockhampton Airport and collected some passengers before it later returned to Hamo.  VH-JKL had flown into Archerfield from Bankstown on Sunday 19 March.

Also visiting Hamilton Island Airport on Monday 20 March was Hinterland Aviation Cessna 208 Caravan VH-ETF which operated as HND720 from and back to Townsville.


At the time of writing, VH-KWZ is due to return to the Gold Coast on Tuesday 21 March.

Of interest, VH-KWZ has recently joined the Australia aircraft register in January this year having previously worn the registration marking of VH-PIL.