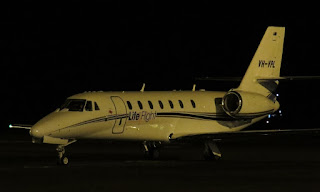 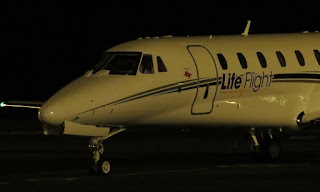 The Citation was photographed on the ground at Rockhampton Airport by local plane spotter Kayanne H.  It was interesting to note in her photos that VH-VPL now wears the titles of LifeFlight (formerly CareFlight) and it appears that this visit to CQ was indeed on a medical evacuation (med-evac) type flight. 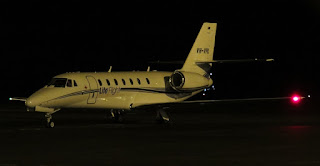 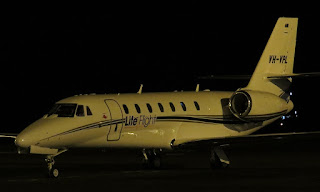 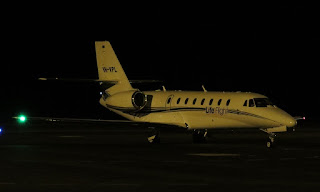 It appears that VH-VPL has been operating for LifeFlight since late February when it looked re-position from its former Gold Coast base to the LifeFlight base at Brisbane Airport.

Meanwhile LifeFlight LearJet 45 bizjet VH-CXJ looked to operate a crew training flight earlier in the day on Wednesday 15 March.  It was noted flying into Proserpine (Whitsunday Coast) Airport from Townsville via airwork at Cairns.  It later departed back to Townsville, again via airwork around Cairns.

Finally, and possibly on a medical evacuation flight, late on Tuesday 14 March, Machjet (Machjet International) Cessna 525 Citation CJ1 bizjet VH-SIY was noted visiting Mackay Airport, flying from and back to its Sunshine Coast base.

All photos taken by Kayanne Hardsman  ©
Posted by Damian F at 10:08 PM