As mentioned below, on Sunday 19 March, Royal Australian Air Force (RAAF) Search and Rescue (CHC Helicopters) Sikorsky S-76A VH-HRP flew North from RAAF Base Amberley as "Choppa 42" and was spotted calling into Bundaberg and Rockhampton Airports before it continued to Mackay Airport.  It is believed that VH-HRP departed Mackay Airport to complete its journey to Townsville, however it appears to have returned to Mackay and spent the night parked on the Western General Aviation (GA) Apron.  We have been very fortunate to receive some great photos of VH-HRP as it rested quietly at Mackay Airport early on Monday 20 March. 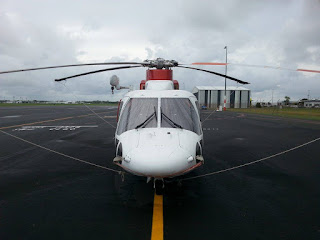 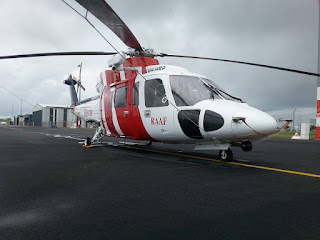 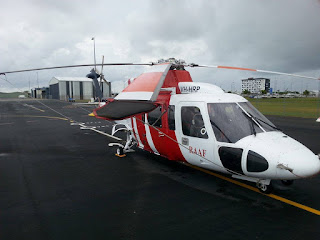 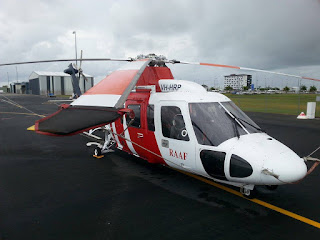 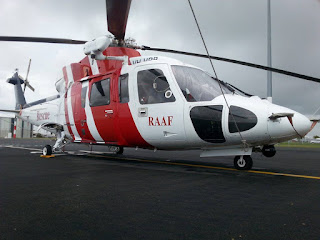 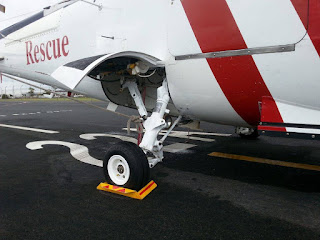 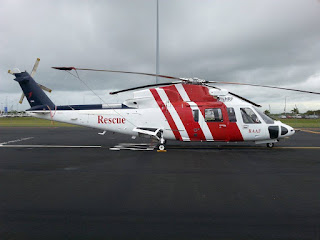 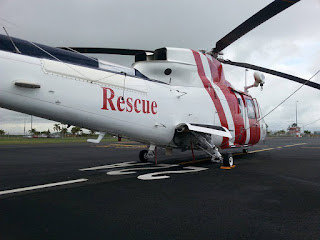 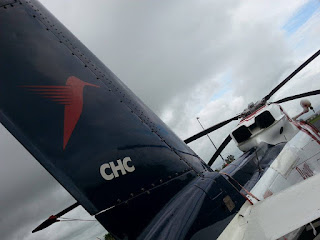 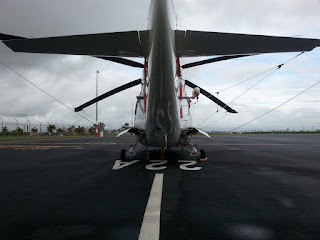 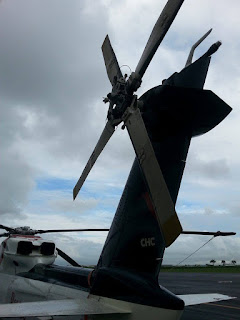 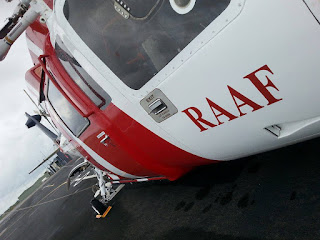 It appears that VH-HRP "Choppa 42" eventually departed to Townsville a little later on Monday 20 March.