Interesting to note that on Saturday 4 March, Royal Australian Air Force (RAAF) Boeing B737-7DT(BBJ) A36-001 completed airwork around Rockhampton Airport.  It looked to be on a crew training flight and was heard to be using the radio callsign "Envoy 65". 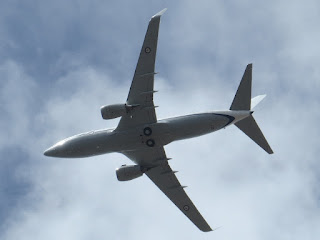 The BBJ, which is flown by the RAAF's VIP 34 Squadron in Canberra, was noted flying North from Canberra and completing a missed approach at the Brisbane West Wellcamp Airport near Toowoomba,  It then continued to Rockhampton where A36-001 completed three missed approach circuits before landing for a period of time. 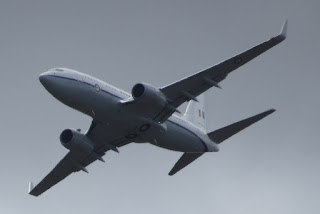 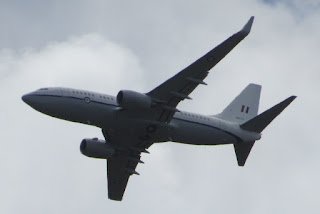 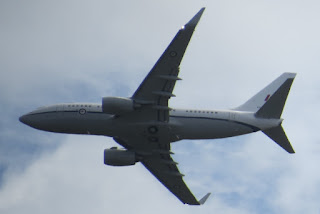 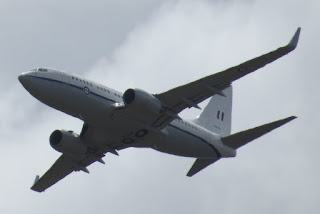 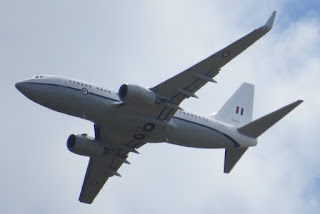 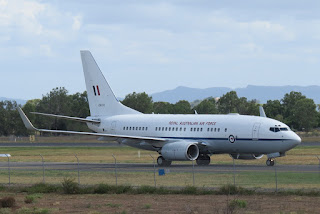 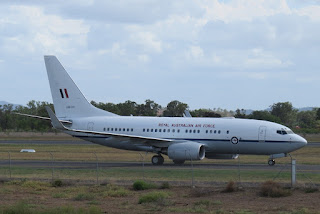 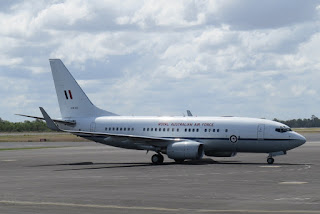 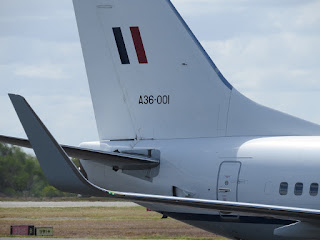 Sincere thanks to local plane spotters Kayanne H and 'IAD' for taking the time to capture and send through these great photos of a rare weekend visit by a RAAF aircraft!

Photos taken by Kayanne Hardsman and 'IAD'  ©
Posted by Damian F at 9:28 PM