The run of interesting aircraft to call into Gladstone Airport continued on Wednesday 22 March as Edwards Coaches Cessna 650 Citation VII bizjet VH-LYM came to town for a short while. 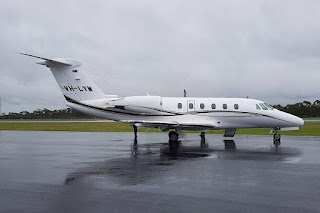 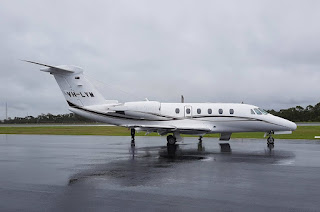 The sleek Citation touched down from its Armidale base and the Gold Coast.  After a few hours on the ground, it departed back to Gold Coast before returning home to Armidale. 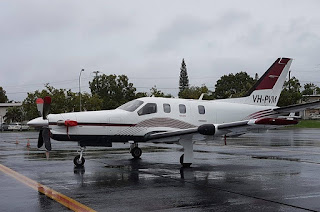 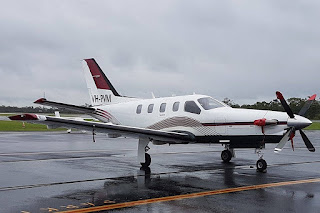 It appears that VH-PVM is conducting a tour of CQ with it initially arriving into Hervey Bay (Fraser Coast) Airport from Wagga Wagga via Roma on Sunday 19 March.  It then flew to Bundaberg Airport on Tuesday 21 March.

Of interest, another SOCATA in the form of Bishopp Aviation SOCATA TBM-700 VH-VSV was noted visiting Bundaberg Airport on Wednesday 22 March from Archerfield.

Meanwhile, locally-based Cessna 210 VH-KTE has been busy flying from Gladstone Airport with the Centurion noted visiting Roma, Maryborough and Hamilton Island (twice) over the last week or so.

A more couple of nice visitors to Gladstone Airport this week - and we thank the local plane spotters for sending through their great photos despite the inclement weather that is currently passing through the region.  Although one thing I do like about the rain is that creates some nice reflections of the aircraft in the apron surface!