On Wednesday 1 March, Australian Army NH Industries MRH-90 Multi-Role Helicopter A40-041 was spotted on approach to Rockhampton Airport.  It was noted flying in from the South. 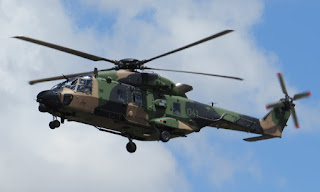 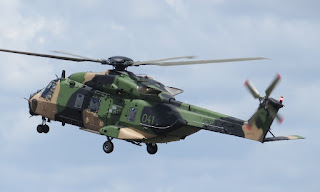 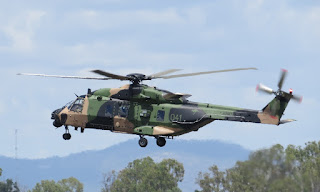 After taking on fuel, A40-041 departed to Townsville.  It was heard to be using the radio callsign of "Destrier 41".

All photos taken by Kayanne Hardsman  ©
Posted by Damian F at 9:17 PM