Certainly a surprise but most welcome visitor to Rockhampton Airport during the late afternoon on Sunday 26 March was United States Army (US Army) Cessna 560 Citation Ultra (UC-35A) bizjet 97-0103. 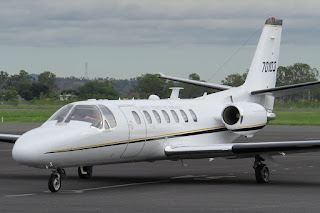 The smart little bizjet touched down at Rocky from Darwin via Mount Isa. 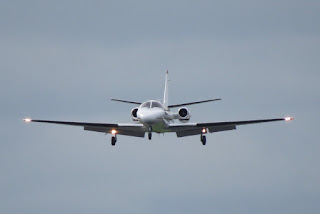 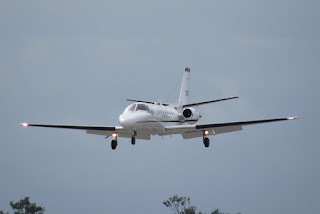 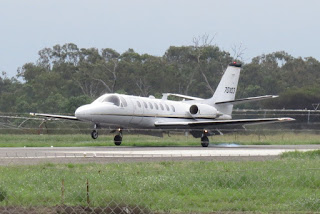 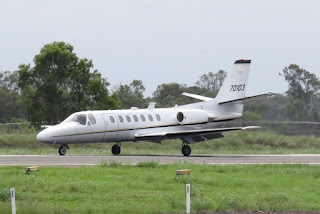 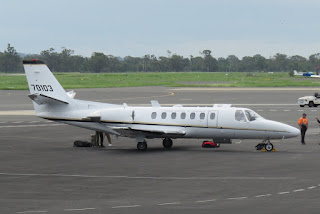 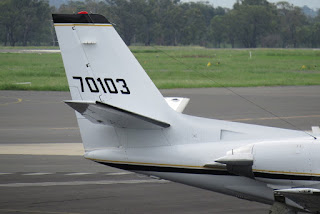 After dropping off some passengers, it departed to Alice Springs where it looked to be spending at the least the night - most likely escaping the heavy weather along the Central Queensland coast! 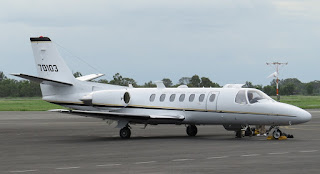 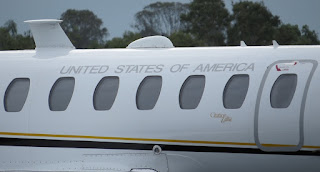 The UC-35A is believed to be operated by the 78th Aviation Battalion of the US Army in Japan and was heard to be using the radio callsign of "Ninja 73".

No doubt the visit of the smart little bizjet is a precursor to the Joint Military Exercise Talisman Saber 2017 which is due to be held yet again the Shoalwater Bay Training Area (SWBTA) during the middle part of this year.

Sincere thanks to local plane spotters Kayanne H and 'IAD' for taking the time to capture and send through these great photos of a great visitor to CQ!