It is believed that on Friday 17 March, Redcliffe-based Agusta (Bell) AB-206A Jetranger helicopter VH-DPU crash landed at Keppel Creek on the North side of Curtis Island, between Gladstone and Rockhampton.


The Australian Transport Safety Bureau (ATSB) has launched an investigation where it appears that the chopper may have lost power during an approach to the Island and consequently collided with terrain. The helicopter was substantially damaged. The pilot and passenger were injured. 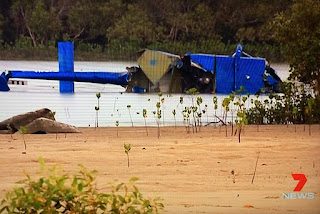 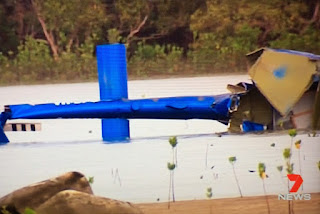 A search for the helicopter and the missing men on board ended when they were located near Curtis Island by the RACQ Capricorn Helicopter Rescue Service (CHRS) just before 1am on Sunday 19 March.

Both men were taken to the local Rockhampton Base Hospital but have since been transferred to Brisbane by the Royal Flying Doctor Service of Australia (RFDS).

The ATSB investigation will continue...
Posted by Damian F at 8:36 PM