Early on Monday 13 March, a surprise arrival into Mackay Airport was Virgin Australia Boeing B737-800 VH-VOR.  It operated the early morning VOZ601/604 service from and back to Brisbane.  VH-VOR has recently returned to service with the airline and has been re-painted into an all-white colour scheme.  It was spotted at the Brisbane Airport terminal as it prepared for its next flight after earlier arriving back from Mackay Airport. 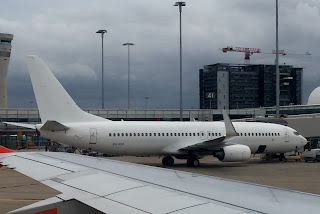 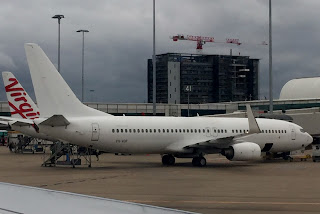 Until late February, VH-VOR was operating flights for Tigerair (Tiger Airways) Australia which, at one point, flew four B737-800s of parent company Virgin Australia.  It also wore the livery of Tigerair and operated flights from Australia to Bali until these were discontinued in 2016. 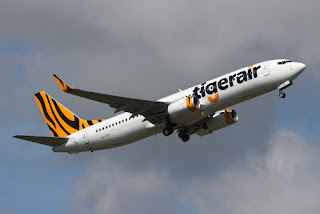 VH-VOR was positioned to Townsville earlier in March and emerged from the paintshop in an all white colour scheme on Thursday 9 March.

Of interest, VH-VOR has worn a wide variety of colours schemes - and a different registration while it operated in New Zealand and South Pacific.  VH-VOR was originally delivered to Virgin Blue in a full Pacific Blue colour scheme in April 2004.  It also wore the name 'Territory Tinkerbelle'.  VH-VOR eventually operated with Virgin Blue from May 2004 until October 2006 when it was withdrawn from service in Australia and ferried to Christchurch (New Zealand).

Shortly after its arrival into Christchurch, the B737-800 was placed on the New Zealand-register as ZK-PBF which Pacific Blue Airlines (NZ) as the registered operator.  By the end of October 2006, ZK-PBF was sub-leased to, and was repainted at Christchurch, into the standard Polynesian Blue livery.  It was also renamed 'Tapu Itea'.  It operated its first flight for Polynesian Blue (Pacific Blue) a the end of October 2006. 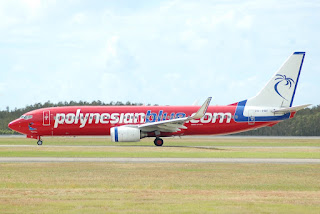 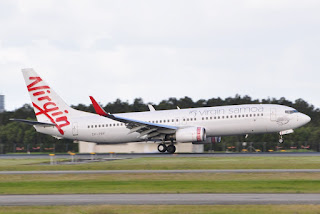 ZK-PBF operated its last revenue service under this registration marking in early March 2015 and very soon after, it was re-registered as VH-VOR to Virgin Australia and was reconfigured to seat 8 Business and 168 Economy passengers.  Days later, VH-VOR entered service with Virgin Australia.  It operated in the Virgin Samoa livery for some time before it was eventually repainted into the standard Virgin Australia livery. 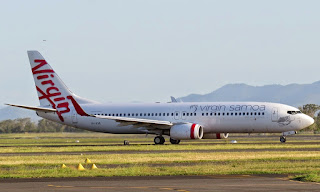 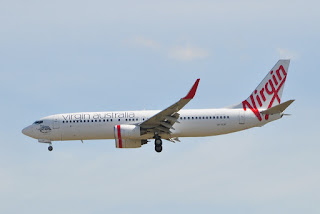 VH-VOR operated its final service for Virgin Australia in late January 2016 - from Hamilton Island to Brisbane no less - before it was then ferried to Townsville where it was repainted into the standard Tigerair livery.  In early February 2016, VH-VOR ferried out of Townsville for Melbourne (Tullamarine) and in late March 2016, it flew the inaugural Tigerair flight to Bali from Melbourne as TGW1.