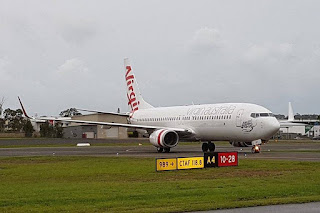 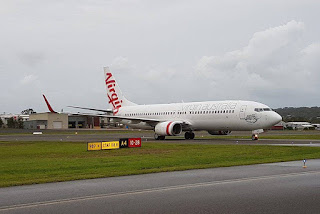 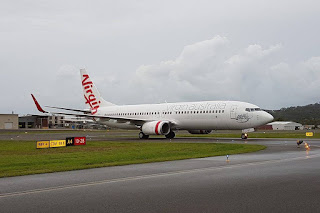 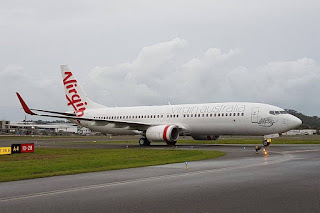 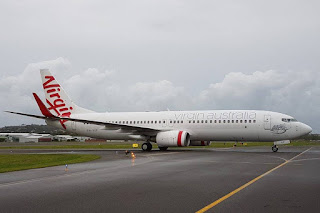 This service usually flys direct to Rockhampton Airport, however, on this occasion, due to a cancelled flight in and out of Gladstone Airport, the larger jet was substituted and completed the 'triangular pattern' of flying from Brisbane to Gladstone and then Rocky. 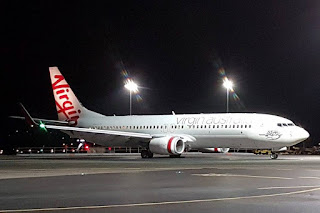 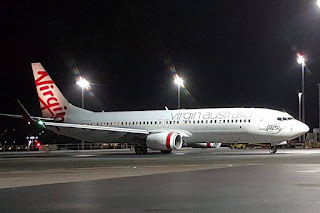 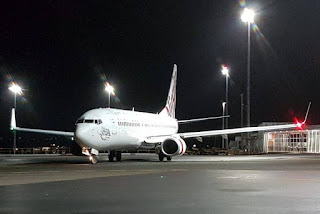 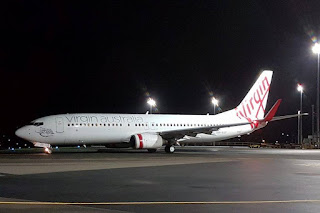 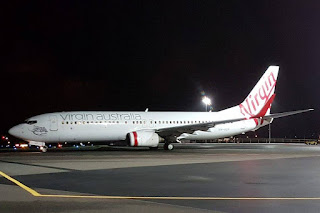 After the sun had set, VH-VUF departed Gladstone for Rockhampton Airport, continuing as VOZ1245.  It later departed Rocky for Brisbane on the delayed VOZ1248 service. 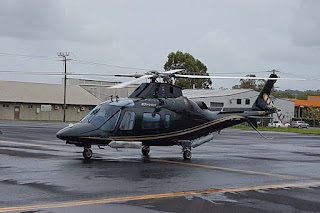 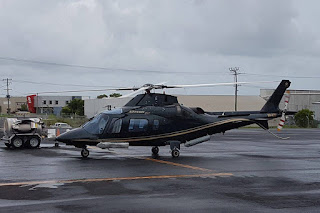 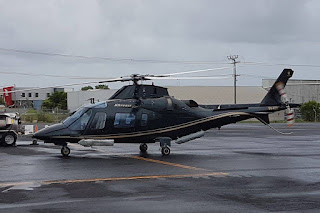 It looked to fly in direct from its Mackay Airport base and appeared to be spending the night at Gladstone Airport.

UPDATE!  VH-KZD was noted returning to Mackay from Gladstone Airport on Wednesday 22 March.