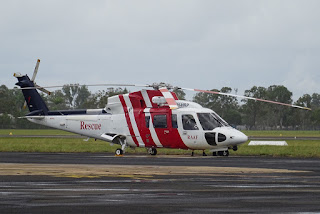 It was spotted passing through Bundaberg and Rockhampton Airports before it later continued to Mackay Airport. 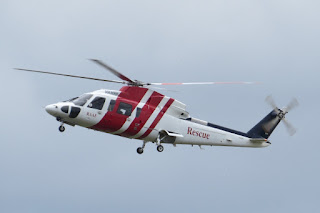 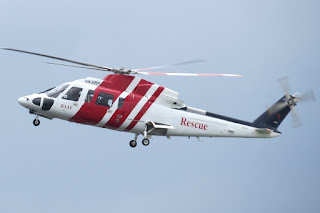 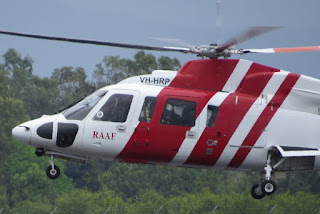 UPDATE!  VH-HRP was heard to depart Mackay Airport but appears to have returned a little later, possibly due to inclement weather in the area.

Interestingly, VH-HRP was heard to be using the new radio callsign of "Choppa 42" - I've been told that this and other RAAF Rescue helicopters have now starting using new callsigns featuring two-numbers rather than one.

VH-HRP "Choppa 42" is heading to Townsville to provide support during the RAAF's Exercise Black Dagger.  RAAF Pilatus PC-9 aircraft from Number 4 Squadron have been joined in Townsville over this last weekend by United States Navy (USN) Strike Fighter Squadron VFA-27 Boeing F/A-18E Super Hornets from Naval Air Facility Atsugi in Japan, ahead of the Exercise which will begin in the coming days. 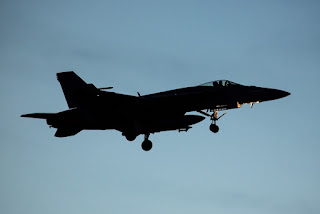 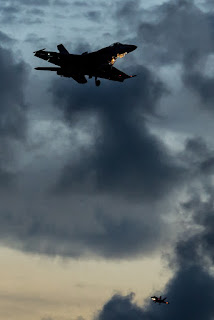 Exercise Black Dagger is the culmination of Number 58 Joint Terminal Attack Controller (JTAC) course designed to produce combat ready, certified  JTAC personnel.  It is a field training exercise held at RAAF Base Townsville and surrounding airspace over the next couple of weeks.