A pair of Australasian Jet (AusJet) / ROAMES Cessna 206s in the form of VH-XBF and VH-FEN are back in Central Queensland and were spotted parked on the Gladstone Airport General Aviation (GA) apron on Friday 3 March.  They have reportedly been operating out of Gladstone Airport for at least this week. 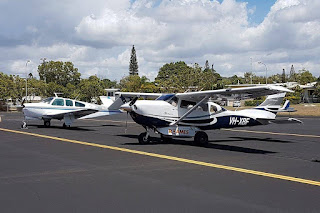 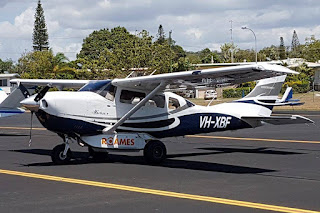 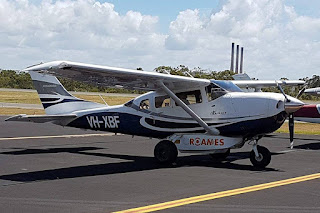 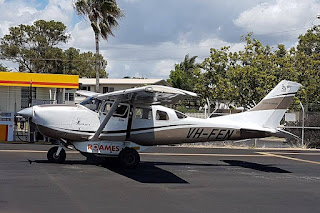 The two Cessnas are operated by AusJet on aerial surveys in support of Ergon Energy’s Remote Observation Automated Modelling Economic Simulation (ROAMES) project.  Both VH-XBF and VH-FEN are regular visitors to CQ and have been joined at times by a third Cessna 206 registered VH-XHI.

ROAMES technology, developed by Ergon Energy and its partner organisations, allows the creation of precise, 3D geo-spatial representations of assets such as electricity networks, and comprises specially modified aircraft with sensors that include photographic and LIDAR distance measuring equipment.  Using GPS and other technology, it enables Ergon to capture and automatically produce accurate three-dimensional models of an electricity distribution network and surrounding vegetation from the air.

Meanwhile, also parked on the Gladstone Airport GA Apron on Friday 3 March was Brisbane-based Beech V35B Bonanza VH-ILY which had earlier arrived from Archerfield.  It returned to Brisbane's GA Airport later in the day. 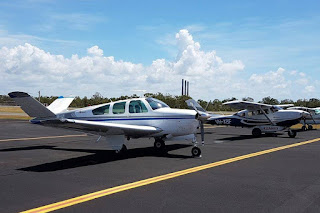 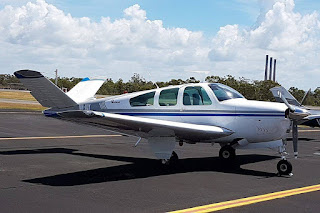 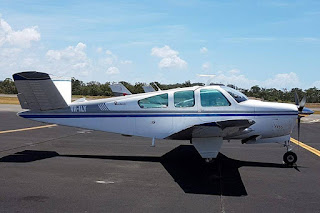 As can be seen, VH-ILY features famous Beech Model 35 features of retractable landing gear, and its signature V-tail (equipped with a combination elevator-rudder called a ruddervator), which makes it both efficient and the most distinctive light GA aircraft in the sky.


While we are talking about Gladstone Airport, earlier in the week on Monday 27 February, Virgin Australia Embraer E-190 VH-ZPK was photographed operating the early morning VOZ1707/1710 rotation from and back to Brisbane. 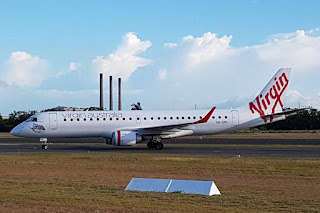 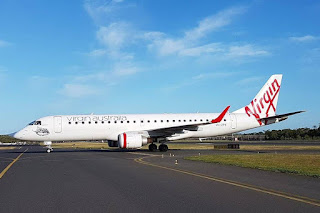 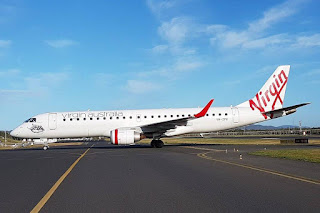 It will certainly be interesting to see if Virgin Australia continue to operate jets into Gladstone Airport once the Embraer E-190s have been withdrawn - perhaps we will see more of the larger Boeing B737-800 aircraft calling in!  Hope so!