Then on Tuesday 14 March, VH-WIO returned to Bankstown, but not before it called into Hervey Bay (Fraser Coast) Airport where it spent a few hours on the ground.

Also noted calling into Hervey Bay Airport on Tuesday 14 March was Edwards Coaches Cessna 441 VH-OXY which arrived from Armidale and Newcastle-Williamtown.  It departed back to Armidale a little later in the day. 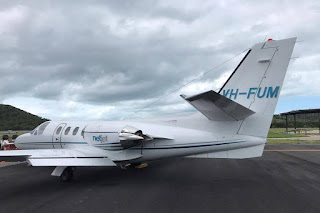 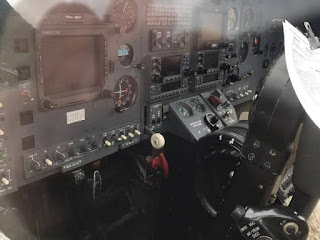 VH-FUM was photographed resting on the Eastern side of Hamilton Island Airport alongside Shortstop Jet Charter Learjet 31ER bizjet VH-OVX which arrived from Ayres Rock on Saturday 11 March. 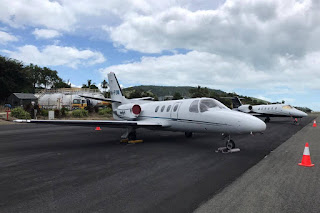 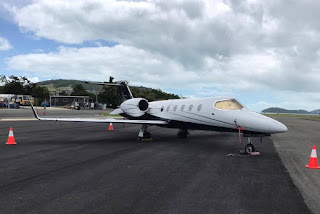 At the time of writing, VH-OVX is due to depart to Sydney around lunchtime on Wednesday 15 March.

Finally, on Sunday 12 March, Queensland Government (State of Queensland) Raytheon Hawker 850XP bizjet VH-SGY was noted making a visit to Rockhampton Airport in the wee small hours of the morning.  It arrived from and later departed back to Brisbane.  I presume this was a medical (organ) retrieval flight.